The Supreme Court has ruled that some people seeking asylum can be deported without allowing them to make their case to a federal judge. 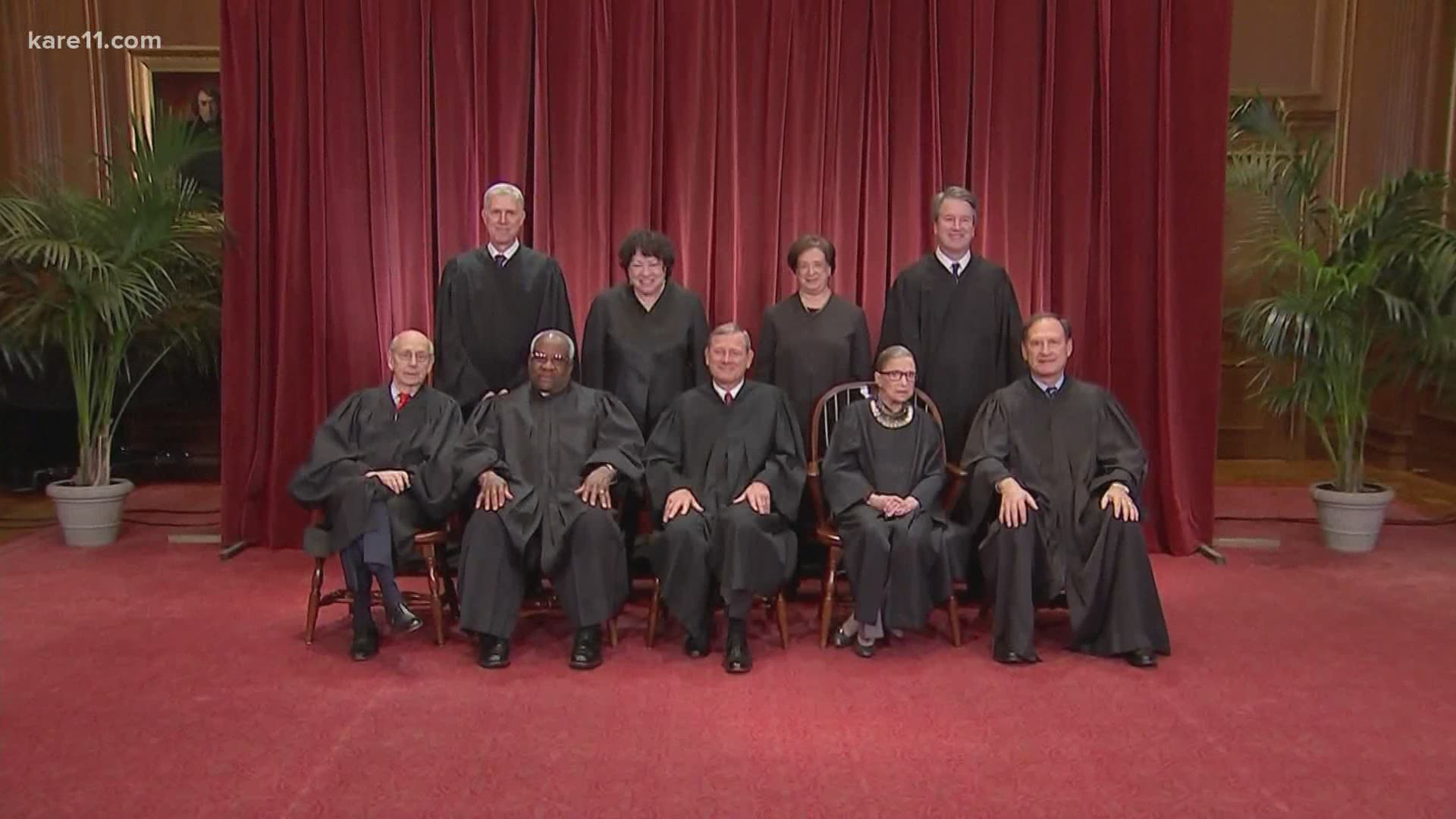 WASHINGTON — The Supreme Court ruled Thursday that the Trump administration can deport some people seeking asylum without allowing them to make their case to a federal judge.

The high court's 7-2 ruling applies to people who are picked up at or near the border and who fail their initial asylum screenings, making them eligible for quick deportation, or expedited removal.

The justices ruled in the case of man who said he fled persecution as a member of Sri Lanka’s Tamil minority, but failed to persuade immigration officials that he faced harm if he returned to Sri Lanka. The man was arrested soon after he slipped across the U.S. border from Mexico.

Justice Samuel Alito wrote the high-court opinion that reversed a lower-court ruling in favor of the man, Vijayakumar Thuraissigiam, who was placed in expedited removal proceedings that prohibit people who fail initial interviews from asking federal courts for much help.

Immigration officials handled Thuraissigiam's case as a part of process Congress created “for weeding out patently meritless claims and expeditiously removing the aliens making such claims from the country," Alito wrote.

He noted that more than three-quarters of people who sought to claim asylum in the past five years passed their initial screening and qualified for full-blown review.

Justices Ruth Bader Ginsburg and Stephen Breyer agreed with the outcome in this case, but did not join Alito's opinion.

Lee Gelernt, the American Civil Liberties Union lawyer who argued the case in the Supreme Court, said the outcome will make it hard to question the actions of immigration officials at the U.S. border. “This decision will impact potentially tens of thousands of people at the border who will not be able to seek review of erroneous denials of asylum," Gelernt said.

Since 2004, immigration officials have targeted for quick deportation undocumented immigrants who are picked up within 100 miles of the U.S. border and within 14 days of entering the country. The Trump administration is seeking to expand that authority so that people detained anywhere in the U.S. and up to two years after they got here could be quickly deported.

On Tuesday, a federal appeals court threw out a trial judge’s ruling that had blocked the expanded policy. Other legal issues remain to be resolved in the case.

The administration has made dismantling the asylum system a centerpiece of its immigration agenda, saying it is rife with abuse and overwhelmed by meritless claims. Changes include making asylum-seekers wait in Mexico while their cases wind through U.S. immigration court, denying asylum to anyone on the Mexican border who passes through another country without first seeking protection there, and flying Hondurans and El Salvadorans to Guatemala with an opportunity to seek asylum there instead of the U.S.

On Monday, the Trump administration published sweeping new procedural and substantive rules that would make it much more difficult to get asylum, triggering a 30-day period for public comment before they can take effect.

The United States became the world’s top destination for asylum-seekers in 2017, according to UN figures, many of them Mexican and Central American families fleeing endemic violence.