This is the first time we're hearing from a juror that was part of deliberations and found Derek Chauvin guilty in George Floyd's murder. 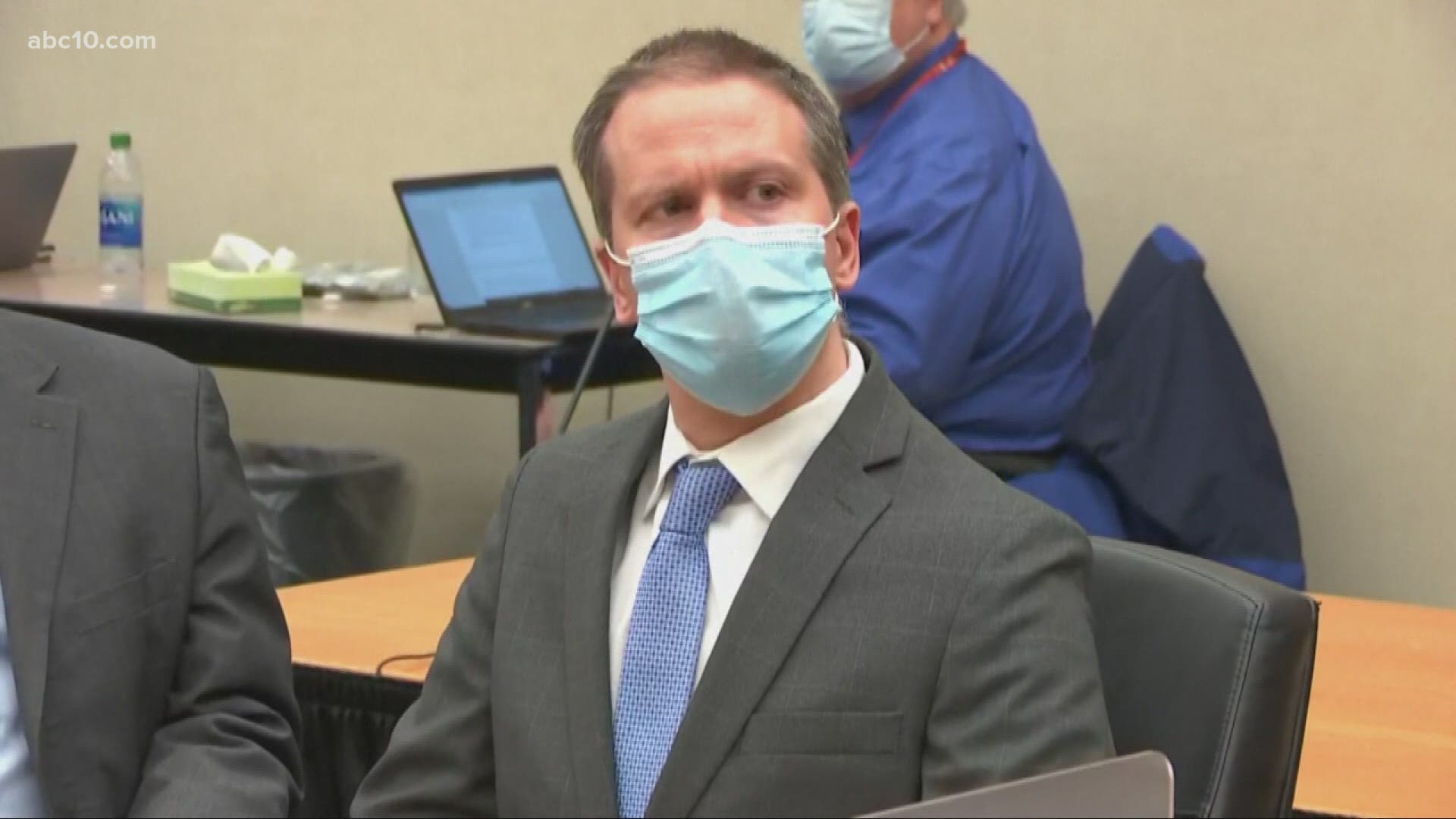 MINNEAPOLIS — A juror who cast one of the unanimous votes to convict a white former Minneapolis police officer of killing George Floyd said most of deliberations was primarily spent trying to convince one person who was uncertain about part of the jury instructions.

Brandon Mitchell is the first juror that deliberated in Derek Chauvin’s trial to talk publicly about his experience. An alternate juror who was dismissed before deliberations, Lisa Christensen, spoke to reporters last week, saying she would have voted to convict Chauvin.

Mitchell, who is Black, told ABC’s “Good Morning America” on Wednesday that much of the time in deliberations was spent going over terminology and “making sure we understood what exactly was being asked.” The identities of jurors and alternates are protected under a judge’s order.

"I think the one juror that was kind of — I wouldn’t say slowing us down — but was being delicate with the process, more so, was just kind of hung up with a few words in the instructions. They wanted to make sure they got it right,” Mitchell said.

Mitchell, who first shared his story with gospel artist Erica Campbell on her podcast, wrote in his jury questionnaire he wanted to serve as a juror “because of all the protests and everything that happened after the event. This is the most historic case of my lifetime, and I would love to be a part of it."

Mitchell speculated that he was picked for the jury because he was mild mannered. He said the images during the trial trouble him.

“It was just dark. It felt like every day was a funeral and watching someone die every day,” Mitchell told CNN. “It was tense every day. I wasn’t nervous, but it was stressful. It was a lot of pressure.”

Prosecutors said Chauvin pinned Floyd, a Black man, to the pavement outside Cup Foods in Minneapolis for for 9 minutes, 29 seconds on May 25. Floyd had been accused of passing a counterfeit $20 bill at the store. Three other officers, since fired, face trial in August.

Prosecutors played a wide range of videos for the jury, including teenager Darnella Frazier’s bystander video that was seen worldwide in the hours after Floyd’s death. That video and the officers’ body camera video captured bystanders shouting at Chauvin and the other officers to get off Floyd, warning that they were cutting off his breathing and asking them to check for a pulse.

Mitchell insisted to NBC's "TODAY" that neither he nor fellow jurors felt any additional pressure knowing the entire world was watching.

"No, not at all. I mean, we all knew coming in that everybody would be watching, but I don't think there was any pressure," he said. "And there was so much stress within the courtroom, you didn't even have time to think about anything on the outside. Just being there alone, and witnessing what you're witnessing, videos, listening to all the people, that alone is enough stress. You're not paying attention to anything else, really."

He denied that fear of negative reaction, or what might happen in the city of Minneapolis influenced jurors to come up with a guilty verdict before the trial even started.

"We did our due diligence, to see what the defense was going to come up with, we just felt like the evidence was overwhelming for our verdict. It had nothing to do with pressure from anywhere. This is the decision we came to, that's what the jury system is there for," he said.

Mitchell also said he thought Chauvin hurt himself by choosing not to testify.

“It probably was to his detriment that he didn’t take the stand because people were curious on what his thoughts were throughout the entire incident,” he said.

In the wake of the attention and weighty deliberations, Mitchell said he has been decompressing.

“I’m starting to feel like the weight is lifted off my shoulders now,” Mitchell told Campbell.