Bernie Sanders is dropping out of the race for the White House, leaving former Vice President Joe Biden as the likely Democratic nominee. 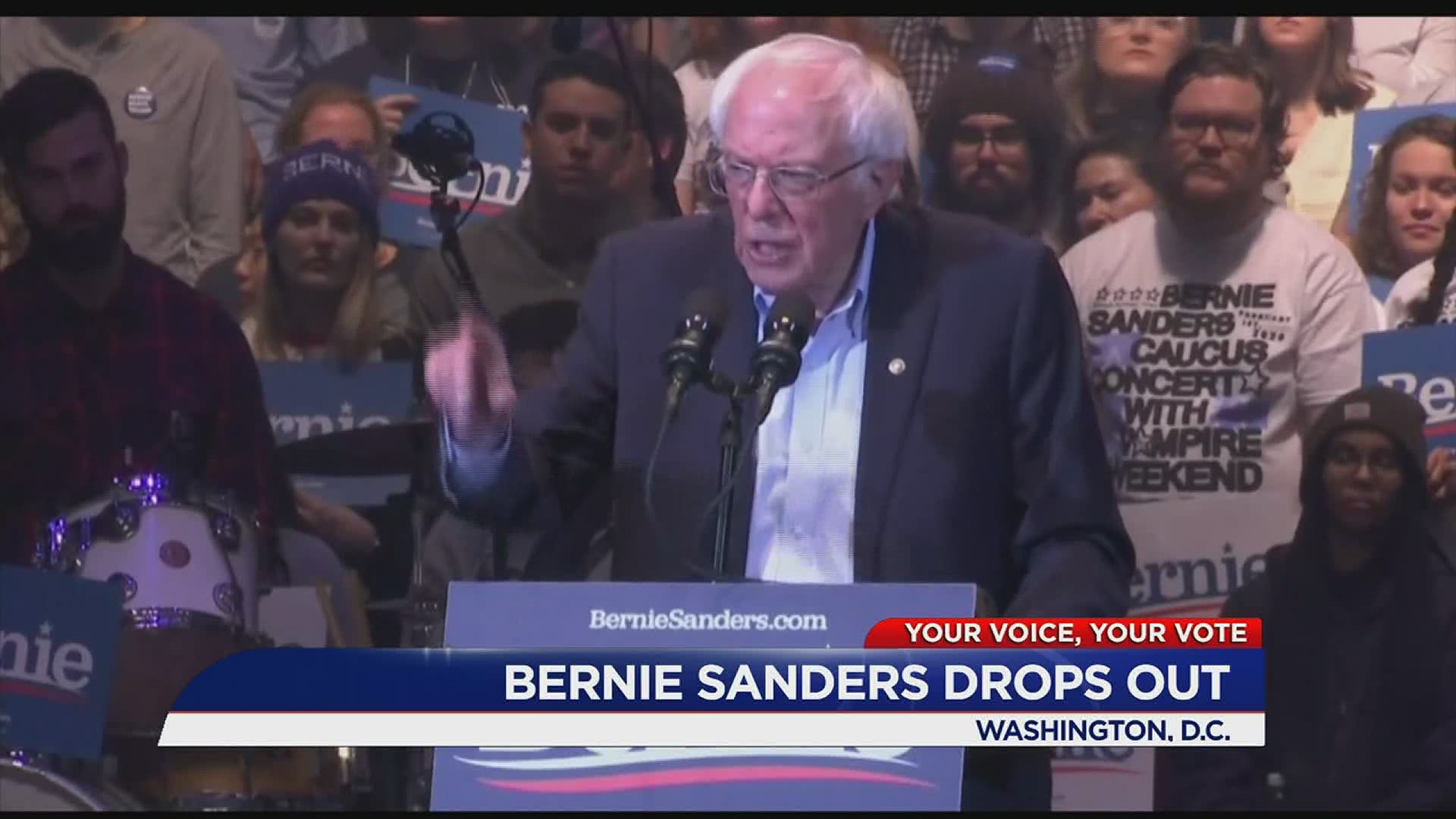 Sen. Bernie Sanders, who saw his once strong lead in the Democratic primary evaporate as the party’s establishment lined swiftly up behind rival Joe Biden, ended his presidential bid on Wednesday, an acknowledgment that the former vice president is too far ahead for him to have any reasonable hope of catching up.

"I want to express to each of you my deep gratitude for helping to create an unprecedented grassroots political campaign," the senator said, addressing his supporters in a live video. "I can't imagine any candidate that has ever been blessed with a stronger and more dedicated group of people who have taken our message to every part of this country.

"Know that I do not make this decision lightly," Sanders added. I know that there may be some in our movement who disagree with this position would like us to fight on to the last ballot cast at the Democratic Convention on the opposition."

Sanders added that he could not "in good conscience continue to mount a campaign that cannot win and which would interfere with the important work required of all of us in this difficult hour."

Sanders said he would continue to keep his name on the ballot in remaining states to continue to gather delegates, in order to influence the party platform.

In a statement, Biden commended Sanders for being a powerful voice that led a movement.

"Bernie has put his heart and soul into not only running for President, but for the causes and issues he has been dedicated to his whole life," Biden said. "Senator Sanders and his supporters have changed the dialogue in America. Issues which had been given little attention — or little hope of ever passing — are now at the center of the political debate."

Sanders initially exceeded sky-high expectations about his ability to recreate the magic of his 2016 presidential bid, and even overcame a heart attack last October on the campaign trail. But he found himself unable to convert unwavering support from progressives into a viable path to the nomination amid “electability” fears fueled by questions about whether his democratic socialist ideology would be palatable to general election voters.

The 78-year-old senator began his latest White House bid facing questions about whether he could win back the supporters who chose him four years ago as an insurgent alternative to the party establishment’s choice, Hillary Clinton. Despite winning 22 states in 2016, there were no guarantees he’d be a major presidential contender this cycle, especially as the race’s oldest candidate.

Sanders, though, used strong polling and solid fundraising — collected almost entirely from small donations made online — to more than quiet early doubters. Like the first time, he attracted widespread support from young voters and was able to make new inroads within the Hispanic community, even as his appeal with African Americans remained small.

Sanders amassed the most votes in Iowa and New Hampshire, which opened primary voting, and cruised to an easy victory in Nevada — seemingly leaving him well positioned to sprint to the Democratic nomination while a deeply crowded and divided field of alternatives sunk around him.

But a crucial endorsement of Biden by influential South Carolina Rep. Jim Clyburn, and a subsequent, larger-than-expected victory in South Carolina, propelled the former vice president into Super Tuesday, when he won 10 of 14 states.

In a matter of days, his top former Democratic rivals lined up and announced their endorsement of Biden. The former vice president’s campaign had appeared on the brink of collapse after New Hampshire but found new life as the rest of the party’s more moderate establishment coalesced around him as an alternative to Sanders.

Things only got worse the following week when Sanders lost Michigan, where he had campaigned hard and upset Clinton in 2016. He was also beaten in Missouri, Mississippi and Idaho the same night and the results were so decisive that Sanders headed to Vermont without speaking to the media.

Sanders had scheduled a rally in Ohio but canceled it amid fears about the spread of coronavirus — and the outbreak kept him home as his campaign appeared unsure of its next move. The senator addressed reporters the following day, but also sounded like a candidate who already knew he’d been beaten.

“While our campaign has won the ideological debate, we are losing the debate over electability,” Sanders said then.