Kamille "Cupcake" McKinney was at a birthday party when a man and a woman reportedly picked up the girl and put her in an SUV. 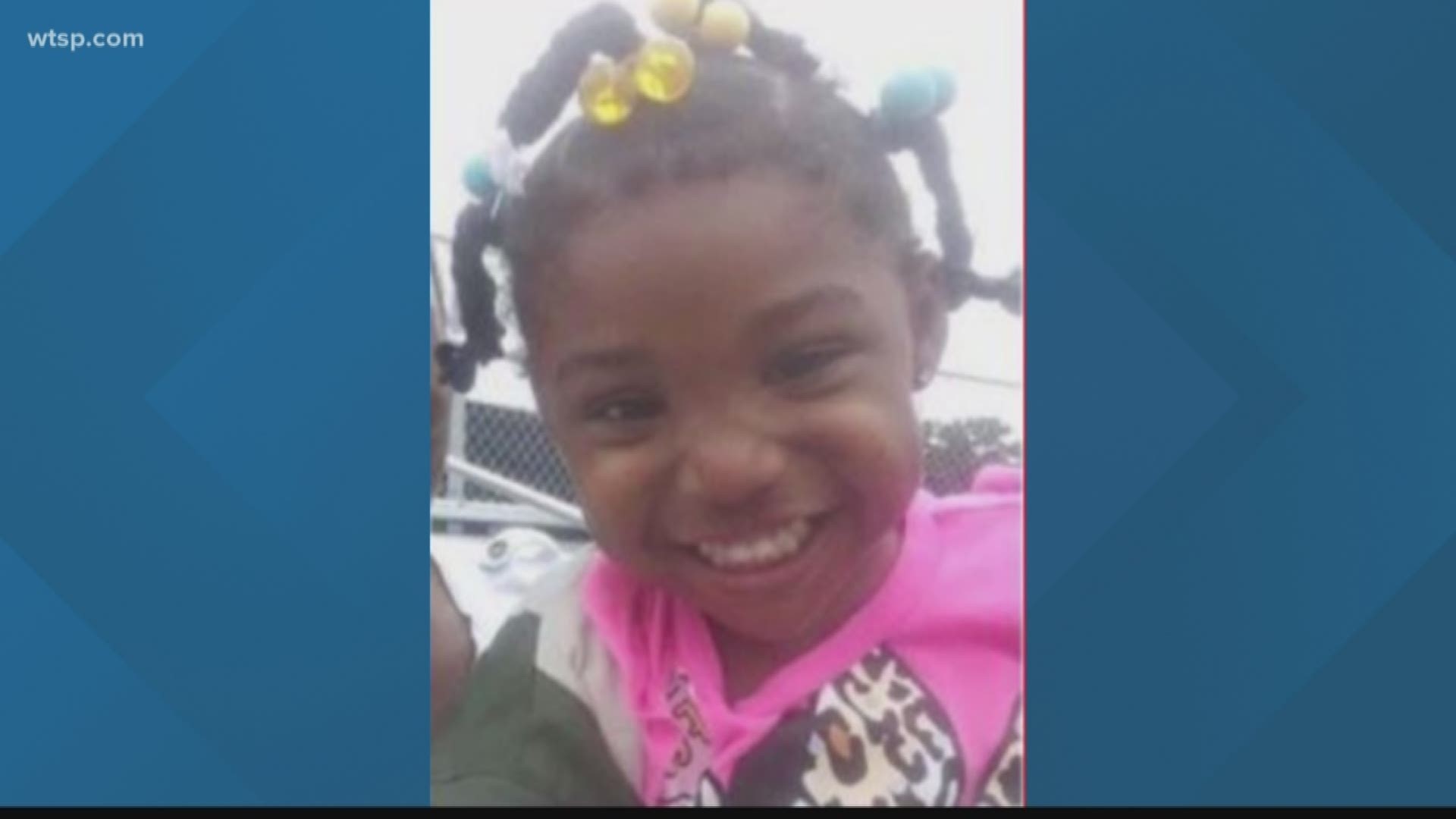 BIRMINGHAM, Ala — An Amber Alert has been issued for a 3-year-old girl believed to have been kidnapped at a birthday party.

Kamille "Cupcake" McKinney disappeared around 8:30 p.m. Saturday from the Tom Brown Village public housing community in the Avondale neighborhood of Birmingham, Alabama, according to the alert.

AL.com reports other children at the party told police a man and woman in a dark SUV picked up McKinney. An 11-year-old boy said he saw a man get out of the SUV, pick up the 3-year-old and put her inside, the news outlet set.

The incident is not believed to be a custodial issue as both her parents and extended family were there.

McKinney last was seen wearing a pink T-shirt with a Minnie Mouse and leopard print design and leopard print shorts. She had yellow, white and blue bows in her hair, and her shoes were found in the parking lot.

The Alabama Law Enforcement Agency says McKinney is 3-feet tall and weighs 60 pounds. She has brown eyes and black hair. The vehicle in question is described as a dark SUV, possibly a Toyota 4Runner.

Anyone with information about McKinney's whereabouts is asked to call 911 immediately.