Mr. Thanksgiving needs about $18,000 in donations to make 2019’s community meal a reality

Bob Vogelbaugh, AKA Mr. Thankgiving, is gearing up to serve Thanksgiving dinner to members of the Quad Cities community. 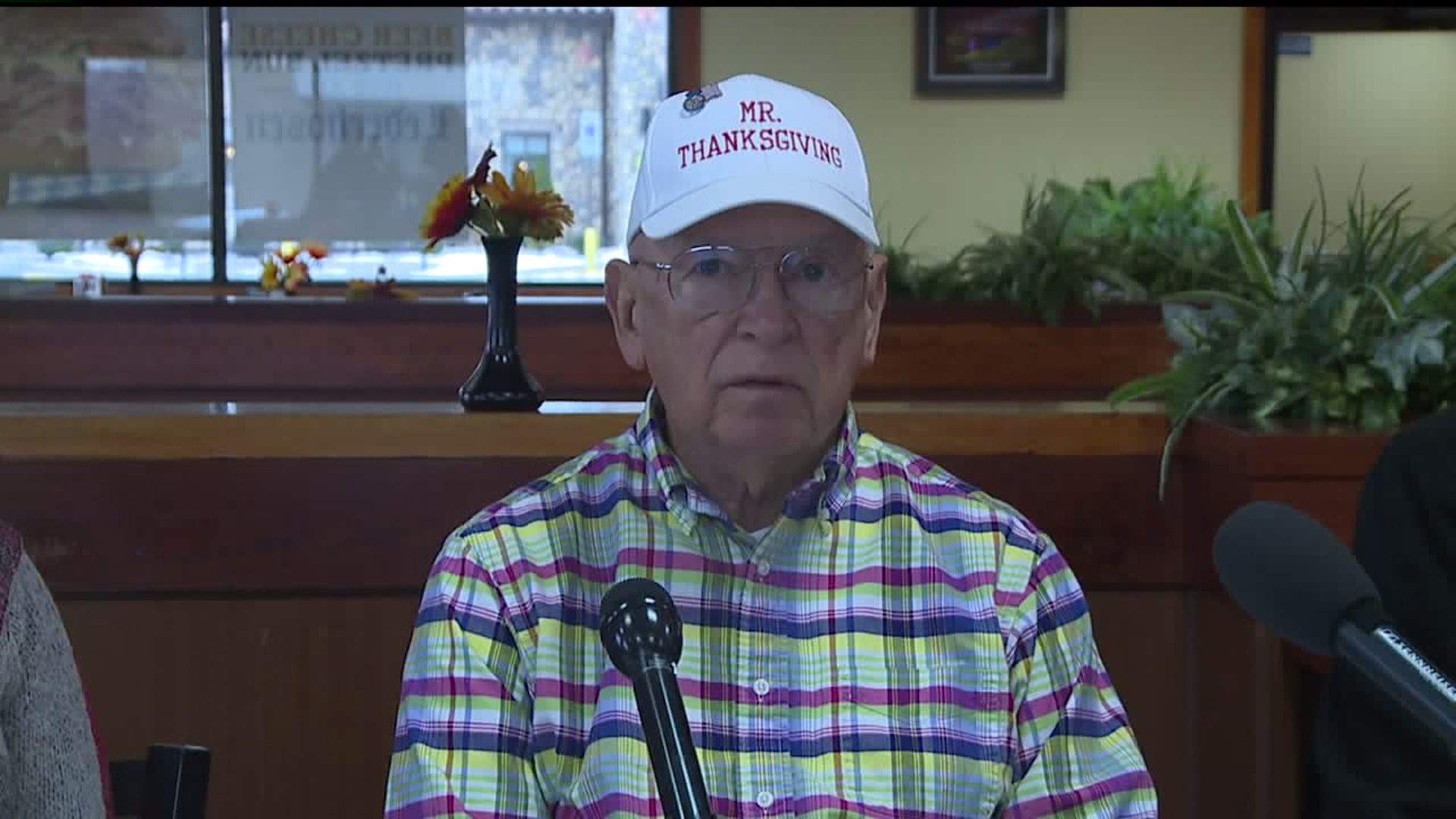 MOLINE, Illinois -- Bob Vogelbaugh, AKA Mr. Thankgiving, is gearing up to serve Thanksgiving dinner to members of the Quad Cities community.

Vogelbaugh said the 2019 meal will be held in the Von Maur court and will utilize a couple of nearby storefronts.

"It's hard to believe 49 years and still going, that speaks a lot for... all the communities that support this financially and without that support we would not be up to year 49," said Vogelbaugh.

In addition to partnering with SouthPark Mall, MetroLink also steps in to help with the event.  Vogelbaugh calls them the "transportation and the dining room."

After each meal is said and done, he said the biggest takeaway is that everyone walks away with new friends, feeling like they're part of a big family.

The 2018 meal saw more than 2,000 people. Vogelbaugh said it's hard to estimate how many people will take part in the meal each year.

Donations can be made out to Mr. Thanksgiving himself and dropped off at:

This year's Thanksgiving Dinner will be November 28th from 4 p.m. to 6 p.m.  Those wanting to volunteer can just show up at 3 p.m.