They are part of a severe weather system moving east before the Christmas holiday. The tornadoes injured people in several states, and damaged homes and churches. 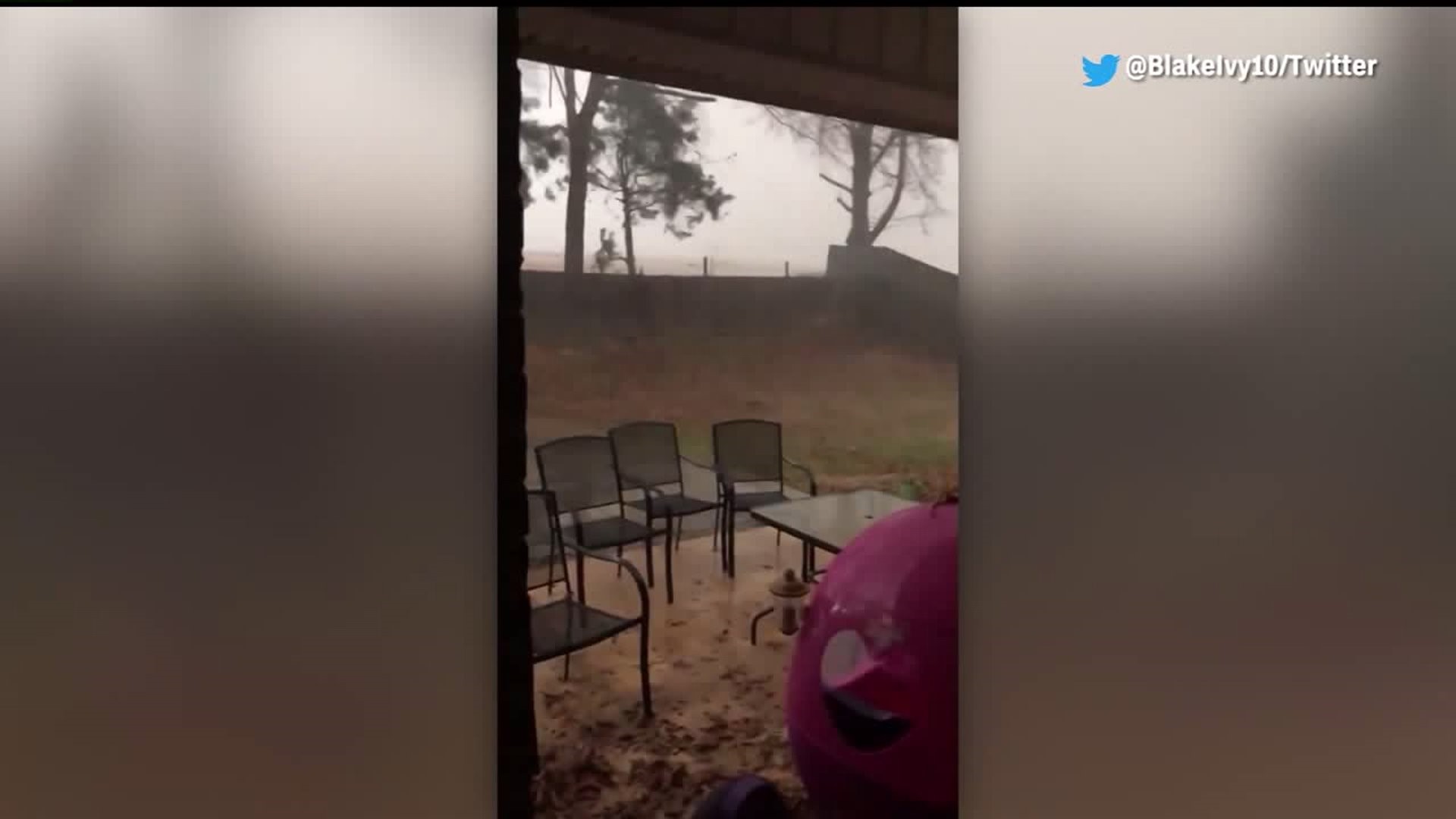 (CNN) -- More than two dozen tornadoes touched down in parts of the Deep South on Monday, killing at least three people.

Most of the tornadoes were reported in Mississippi, with several striking Louisiana, the National Weather Service said. The deaths occurred in Louisiana and Alabama, officials said.

They are part of a severe weather system moving east before the Christmas holiday. A strong cold front is bringing cold and snow across portions of the Midwest with more than 6 inches of snow in areas from Kansas to Indiana. The snow will continue across the Ohio Valley and into the Northeast through Tuesday morning.

A husband and his wife were killed on County Road 265 in Town Creek in Lawrence County, Alabama, officials said. The couple was found just north of their home, Lawrence County Coroner, Scott Norwood told reporters.

A 7-year-old boy was found injured near the couple and taken to a hospital. Officials did not say if the boy and the couple were related.

"When I first come on the scene, County Road 265 was blocked by trees and debris. So, it was just total chaos," Norwood said.

At least three other people were found with injuries as well. Authorities did not know the severity of their injuries

Earlier Monday, the National Weather Service issued a tornado emergency, the highest criteria for a tornado warning, for Rapides Parish in Louisiana, which include the town of Alexandria. A large tornado was confirmed near the Alexandria International Airport.

Alexandria police said there were no reports of injuries in the city. Several structures were damaged, police said. Video showed an overturned vehicle and debris.

Multiple houses were damaged or destroyed in Amite County, Mississippi, located on the southern border of Louisiana, Grant McCurley, the county's director of the emergency management said in an email.

'We are blessed tonight'

"We are blessed tonight," Guntown Mayor Bud Herring said about the lack of fatalities or serious injuries.

Guntown city officials put in place an overnight curfew because of the downed powerlines and concerns over gas leaks, Herring said.

Harkins said authorities heard reports of damages in other parts of the county.

"It's mostly farm equipment and silos and trees in the roadway, trees into a house," he said.

'It's going to be a long night'

Kelly said he didn't know how many people were injured or the severity of their injuries. Some officers transported people to the emergency room, he said.

"We are just happy at this time that there are no fatalities reported," Kelly said.

Kelly said several homes and businesses were damaged or destroyed. Police and rescue crews were doing secondary searches to make sure no one was trapped, he said.

"It's going to be a long night here in Columbia," Kelly said.