They say without indoor dining they won't be able to financially survive the winter. 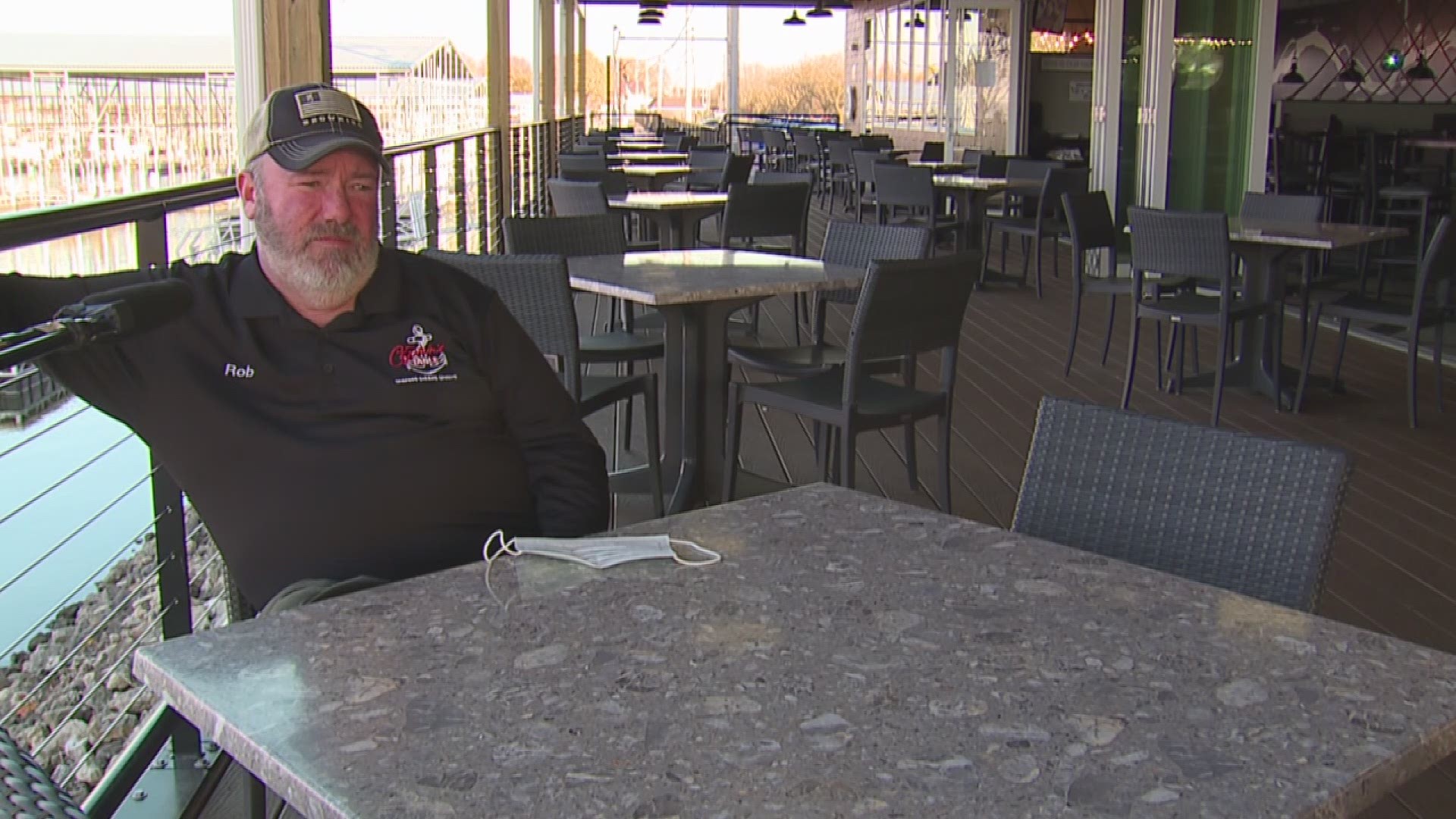 MOLINE, Ill — After coming together on Monday the 1st, more Illinois restaurant and bar owners are speaking out.

Rob Egger isn't standing down, "We're running into the holidays." He says he's putting his staff first, "Unemployment for a cook or a server runs from $150-$200 a week. Its not enough money to survive on."

"A restaurant is sanitized top to bottom everyday."

Jason Watts from the Rock Island County Health Department says, "The bar and restaurant scene is one of the leading causes of the spread of the disease."

The health department says when people are out eating and drinking, they're not wearing a mask, "Its also transmitted in water droplets that are suspended in the air for a little while," said Janet Hill from the Rock Island County Health Department.

Meanwhile Illinois State Police says enforcement starts, "with a notice of non-compliance. If businesses continue to not comply, state or local law enforcement can issue the business a misdemeanor citation."

Cities can suspend businesses liquor licenses if their actions put people at risk.

News Eight spoke with Monday night's restaurant and bar owners meeting organizers. They said, "We continue to move forward in fighting the restrictions, but we have no structured plan yet."