Pay it Forward Ministry normally serves about 100 families each week. Now, they're feeding over 1,000. 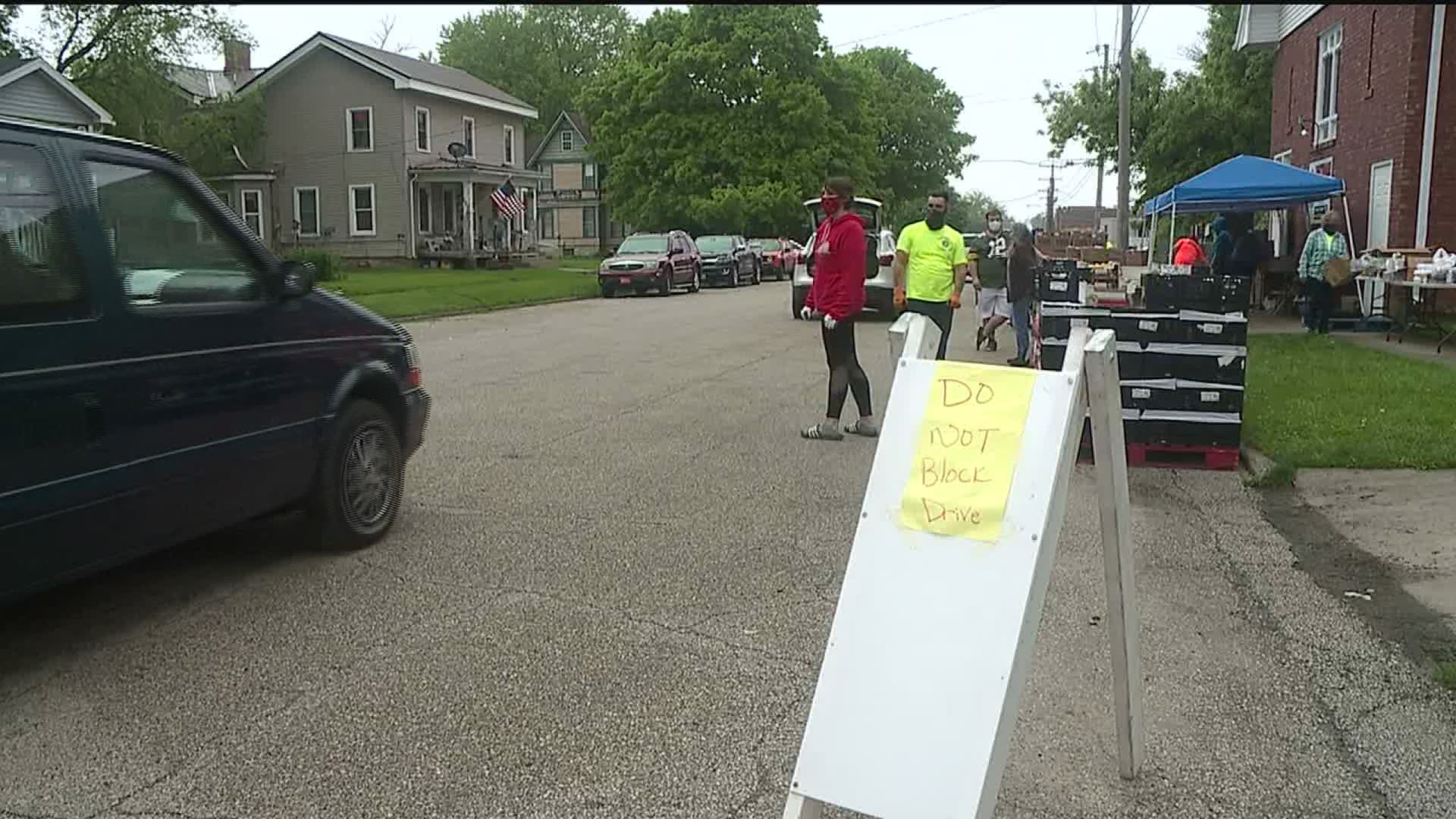 MONMOUTH, Illinois — Pay it Forward Ministry, based out of Oquawka, Illinois, say they've served 10 times more people since the pandemic hit. And they say those numbers aren't going down anytime soon.

Every Thursday morning starting at 10 AM, the ministry serves customers a weeks work of food from their curbside pantry at their Monmouth location.

The line of cars starts around 9 AM and stretches from First Street to Fifth Street - sometimes wrapping around the blocks. People say they have waited up to two hours every week to get a load of food.

"It averages between 5 to 8 blocks for over 7 hours per day," says Shawn Moede, Pay it Forward Ministry Director.

Every family gets a basket of food based on the number of people in the household; eggs, canned goods, and fresh produce are always included.

"We have one stipulation for food and that is that you eat," explains Moede.

Moede says before the pandemic, the pantry was open once a week for an hour - serving Warren and Henderson County.

Now, people from all over Illinois and Iowa come to wait for a box of food.

"We've done disaster relief in the past for floods, tornadoes, and we've never seen this kind of number," says Moede.

With these numbers, Moede says each week is always a question on if they will have enough food to serve the community.

"At the end of the day, our building will be completely empty again - that is as honest as I can be," Moede comments. "It's hard to serve people. I mean donations are what keeps us going."

Moede says there are about 40 volunteers between the ministry's two locations.  People can come pick up their food curbside, but they also have a delivery service for those unable.

Kids Packs, a lunch for kids, are always included for children who walk or drive up with their family.

The ministry relies on donations from the Riverbend Food Bank, local grocery stores, and private donations.

Food or money donations can be sent to the Oquawka House of Prayer Pay it Forward Ministry at the Midwest Bank in Monmouth.

People can also email payit4wrdministry@gmail.com to make other arrangements.