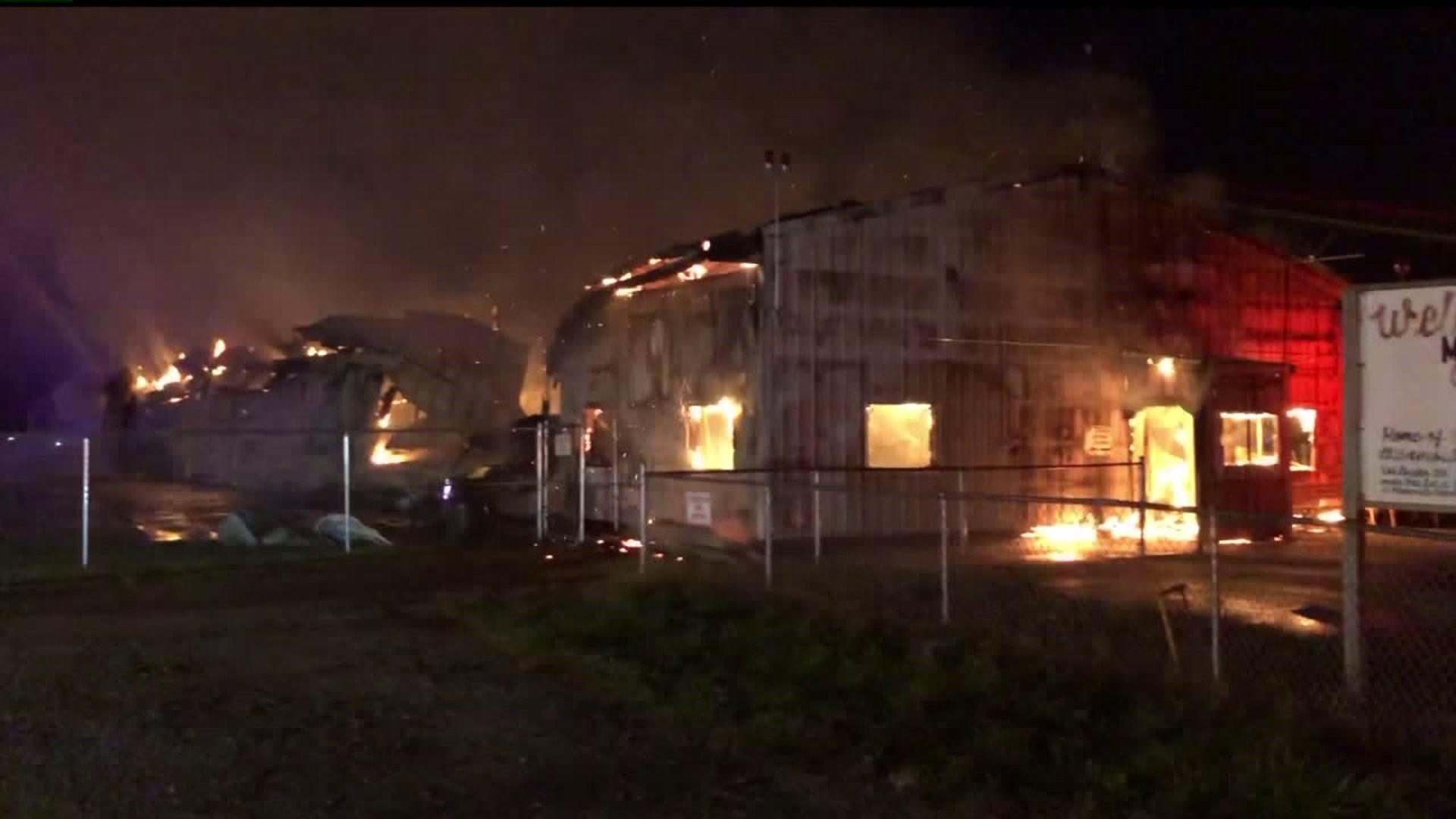 "I saw smoke coming out near the office area on the first bay and could see some light flickering underneath the doors and so I pulled right in and called the police," McGuire said.

McGuire was not working when he made the call.

Ten planes were stored in the hangar at the time of the fire. Eight of the planes were determined a "complete loss," according to Monmouth Fire Department Assistant Fire Chief Pat Spears.

Thirty firefighters responded to the scene.  According to Ken Helms, Director of IT and Community Engagement, the fire was contained within three hours.

The cause of the fire is currently under investigation with help from the Illinois State Fire Marshal.