MOLINE, Illinois – One of the biggest investments in downtown Moline is ready to open to the public. The new Axis Hotel, a Hilton “boutique” hotel, ... 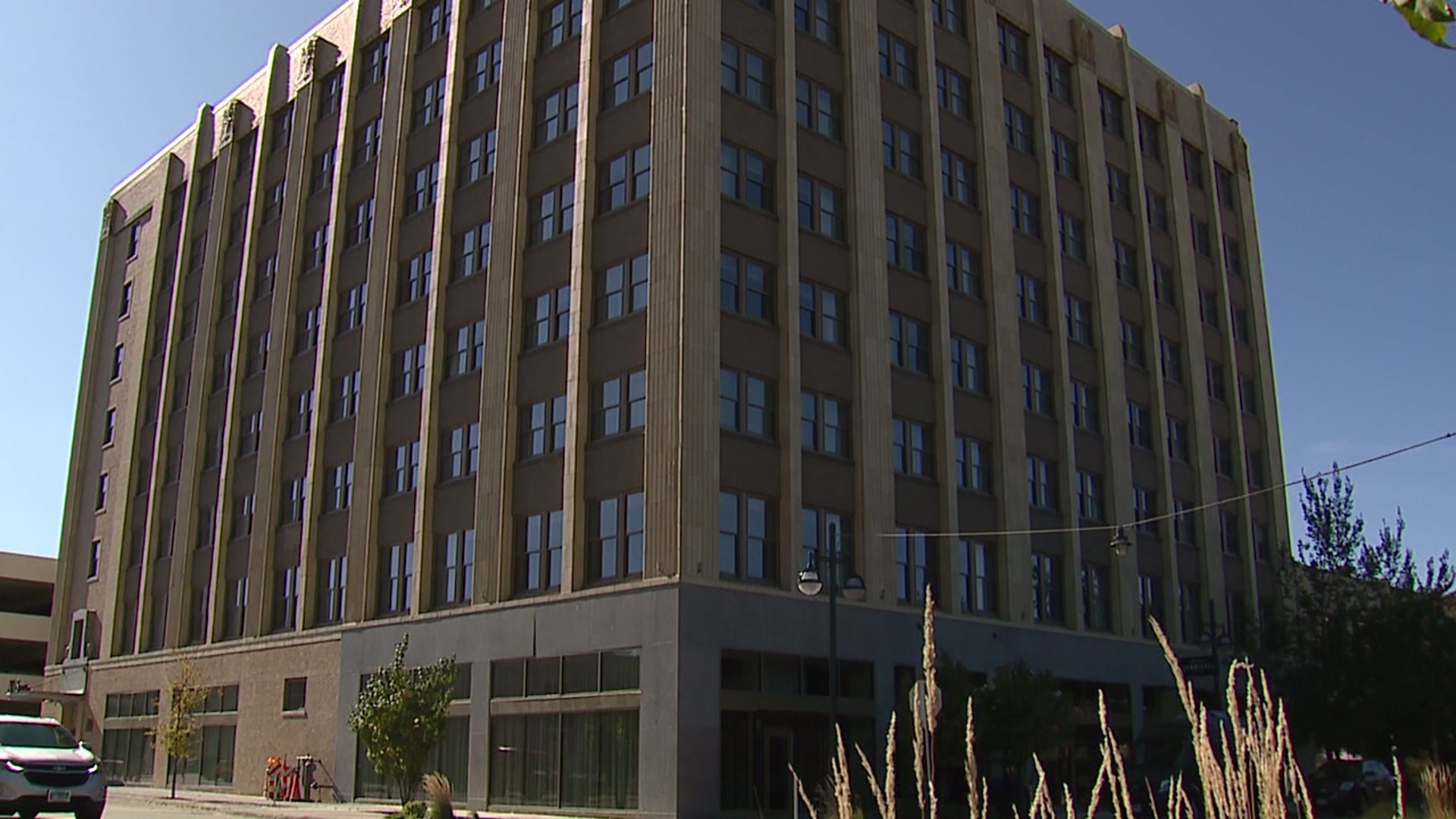 MOLINE, Illinois – One of the biggest investments in downtown Moline is ready to open to the public.

The building, once known as the Fifth Avenue Building, was built as the country crashed.  It was an eight floor office building that opened its doors as the Depression started in 1929.

"When we first looked at this building he saw nothing but beauty in it and all I saw was a lot of work," said Kim Whalen, executive vice president of Heart of America.

"Because it was cool," said Mike Whalen, president of the company.

"I mean, the art deco features, it was a very unique building for its time."

And now after five years of renovations, the more than $20 million project is ready to open its doors.

There are 103 rooms in the eight story building and because of the unique design of the building, each room is different.

While most hotels might have four or five room designs, The Axis hotel has 17.

"So you basically have to get a custom array of furniture for each room type," explained Mike Whalen.

DOWNTOWN GOLFING:  Mike Whalen says when the historic Fifth Avenue Building first opened, the Depression struck and it was impossible to sell office space in the building.  Because of that, an indoor miniature golf course was built in the building's lobby.

It's Mike and Kim Whalen's first venture in a hotel renovation in the heart of a city.

And while every room looks modern, has all the conveniences, gives travelers a comfy pillow and a big bathroom, this building, on the National Register of Historic Places, keeps that art deco style from almost a Century ago.

It starts with replacing the windows.

"And they all leaked," added Mike.

"Everyone of them leaked so it was kinda a race in time to save the building."

Mike Whalen says the building was deteriorating quickly.  Parts of the facade were crumbling.  The building's brick work needed a lot of attention.

Part of the renovation required tuckpointing the exterior.

WHY IS IT CALLED THE AXIS HOTEL:  Mike Whalen said investors found the Fifth Avenue Building was located at the "axis" of what was thought as the key corner downtown Moline.

The Axis Hotel is a long way from the Whalen's original venture 40-years ago, the Iowa Machine Shed restaurant.

Now, their Heart of America company owns restaurants and hotels in six states.

The Axis is just one of three set to open in just the next few months.

"So for us, at this point and stage in our careers, I think that's what we find fun," Kim Whalen explained why they'd make an expensive investment in an historic downtown building.

And it might not be the last of their investments in Moline's downtown.

Mike Whalen says their next investment could be a "multi-family" residential development in Moline's downtown.  He said downtowns, here and elsewhere, are transforming into exciting places to do business.