The City of Moline has set aside $100,000 in micro-loans for local businesses impacted by the bridge construction 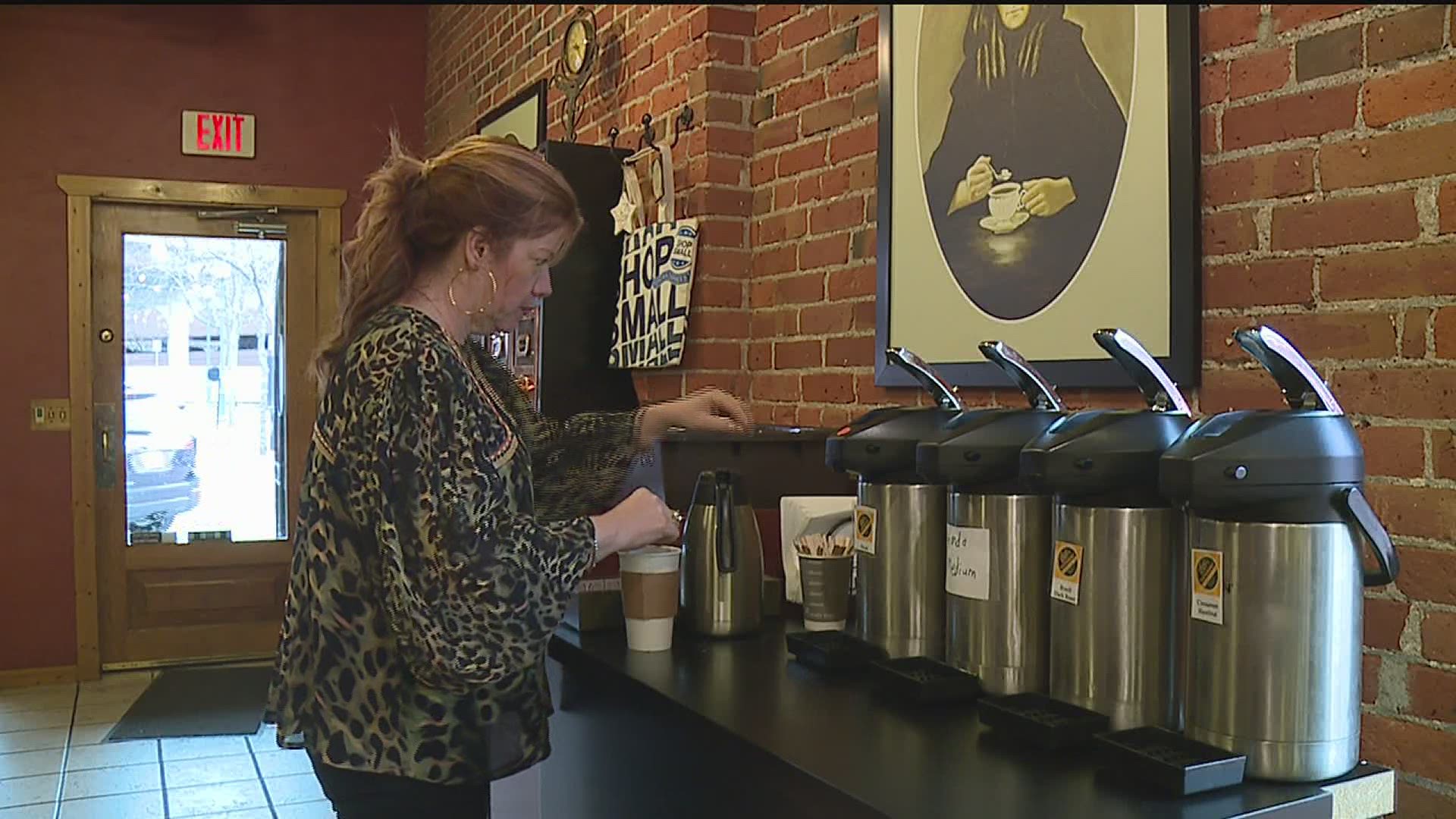 MOLINE, Illinois — "Specifically what we’re offering up to the small businesses is a microloan in the form of $2500 to $10,000, for a one percent interest over 5 years."

Dead Poet's Espresso, the downtown coffee shop, is the first small business to apply for the brand new loan program.

"It’s a chance for us to maybe catch up on some repair issues," said owner Tom Lahl. He said if the low interest made it attractive for the family business to take care of some repair work they would have put off at a higher interest rate.

As a resident of Iowa, he says the daily back and forth over the bridge and through the construction sites haven't bothered him.

"We cross that bridge two, three times a day," getting supplies at Sam's in Davenport, he explained. "There really is no problem."

But he acknowledged that customers have expressed reluctance at having to cross the bridge to get their favorite cup of Joe.

"It's a little disappointing,"he said. "They perceive there’s a problem and  they don’t come over here easily."

Moline Centre Main Street Manager Geoff Manis agrees it's a perception of problem of perception with very real effects. He said city leaders and staff heard from a number of businesses and studied traffic counts, and concluded there was a need for the small business loan program.

He estimated that in some instances, traffic on the bridge has halved or even decreased by as much as two thirds.

"Traffic has slowed down," he said.

"Dead Poet's Espresso has talked to me numerous times how the I-74 construction is impacting their business. And this is, guess you call it a cushion, to make sure they survive over this next calendar year."

"Once people start travelling, our sales go up, there’s no doubt about it," he said.

Moline has set aside $100,000 for the I-74 low interest loan program for this year, and could potentially provide the same amount in the following year. Manis said the program would continue until the new bridge's ribbon cutting.

It's first come first serve and interested businesses can contact Tara Osborne at tosborne@moline.il.us or call the City of Moline.