Mercado on Fifth focuses on expansion, supporting vendors after postponing season due to outbreak

The fifth year of the seasonal market was scheduled to start in late May. 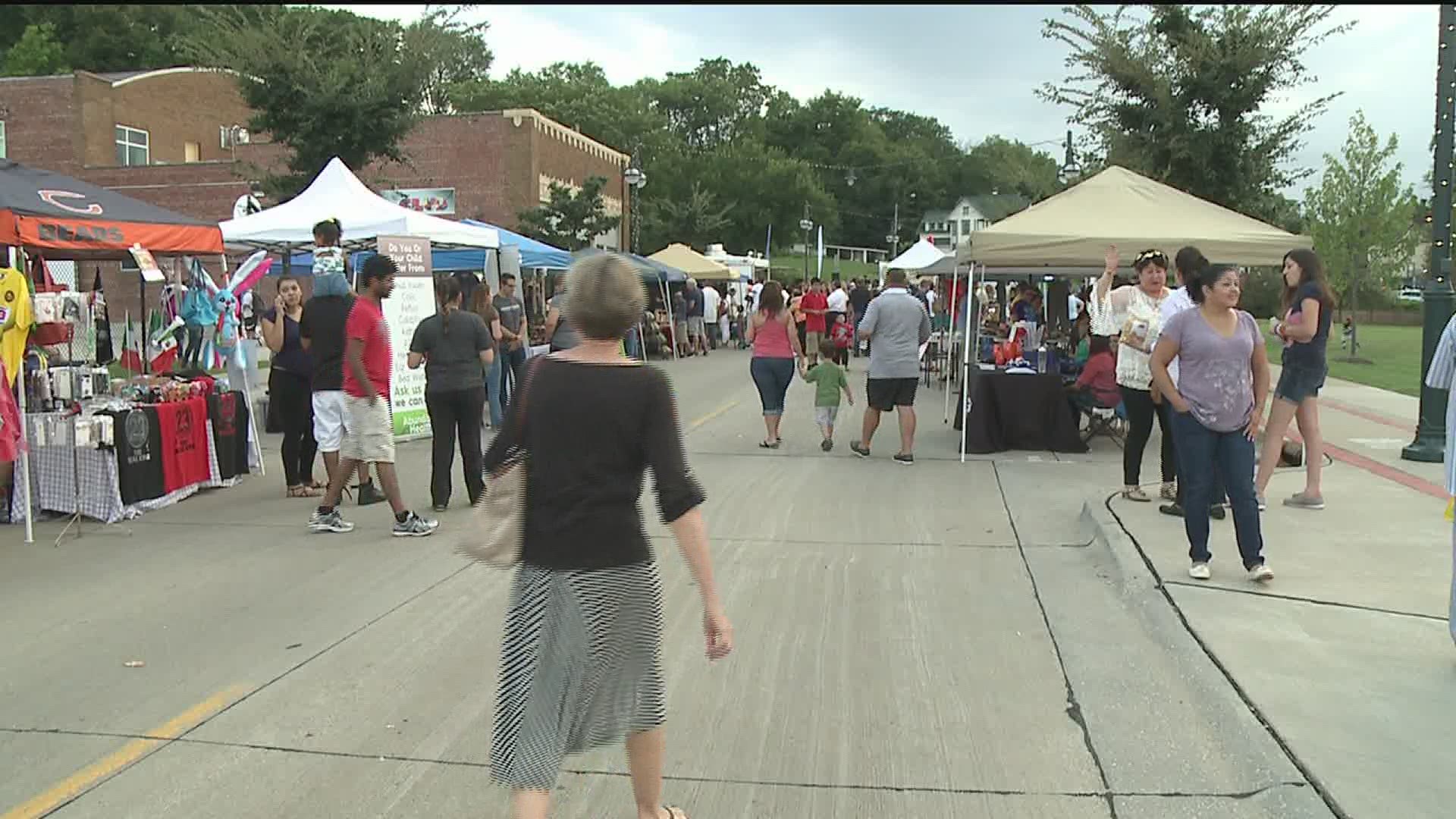 MOLINE, Illinois — The COVID-19 outbreak has put the fifth year of Mercado on Fifth's seasonal market on hold.

"It is a bummer, but we're planning on using (this season's) plans at some point," Mercado on Fifth President Maria Ontiveros says. "We're just postponing it all until we can open back up."

In the meantime, the non-profit organization is focusing on expansion and supporting its local vendors.

"(We're) sending floods of customers their way on a particular day to show them some love," Ontiveros says.

D'Lua Pancake and Burrito House owner Judith Mariscal says they had a busier Wednesday morning than normal with the non-profit's support.

"Mercado on Fifth is wonderful with all this kind of support," she says.

Events like this are helping bridge the gap for Mercado on Fifth vendors, as both dine-in service and this season's outdoor market is put on hold.

"We just wanna make sure that all of our vendors are staying afloat during this difficult time," Ontiveros says. "We want to see them all come back when Mercado opens up again."

Even though this season's start date is still up in the air, the non-profit organization is focusing on expanding the market -- indoors.

"This is a big deal for mercado because we ran out of room," Ontiveros says. "We were hosting about 1,000 people here every Friday night, and this space allows us to grow. It'll improve the gathering space once were allowed to gather again.

The new building and plaza, on the corner of 12th Street and 5th Avenue, will allow an extra 1,000 people to visit Mercado on Fifth, which has seen increasing growth every year since it began five years ago.

The project will cost more than $1,000,000, but to finish the project, the non-profit needs $100,000 in donations from the community. Those donations will be matched dollar by dollar by the Quad Cities Community Foundation.

"It's a major investment in this corner, which is the gateway between Downtown Moline and the Floriciente neighborhood," Ontiveros says.

Once its complete later this year, Mercado on Fifth will provide more resources for the Quad Cities, like art classes, small business training workshops, private events and cultural programming.

If the stay-at-home order in Illinois were to continue well into the summer, Ontiveros and Freidhof-Rodgers say Mercado on Fifth will happen any way it can.

"If we have just one day to hold something, we will," Freidhof-Rodgers says.

Mercado on Fifth is also holding curbside pick-up events at St. John's Lutheran Church in Moline, for pop-up vendors without a permanent space to safely sell their food.

When this season of the outdoor market can begin, the organization has a variety of events planned, with dance events like bachata and cumbia night, a salsa dancing and cooking competition, and a lucha libre wrestling night with Black and Brave Wrestling.

For information on this season of Mercado on Fifth, or how to donate to their building project, visit mercadoonfifth.org.