Black Hawk College has signed an agreement with a Chicago-area university to offer a way for students to get a bachelor’s degree in early childhood educat... 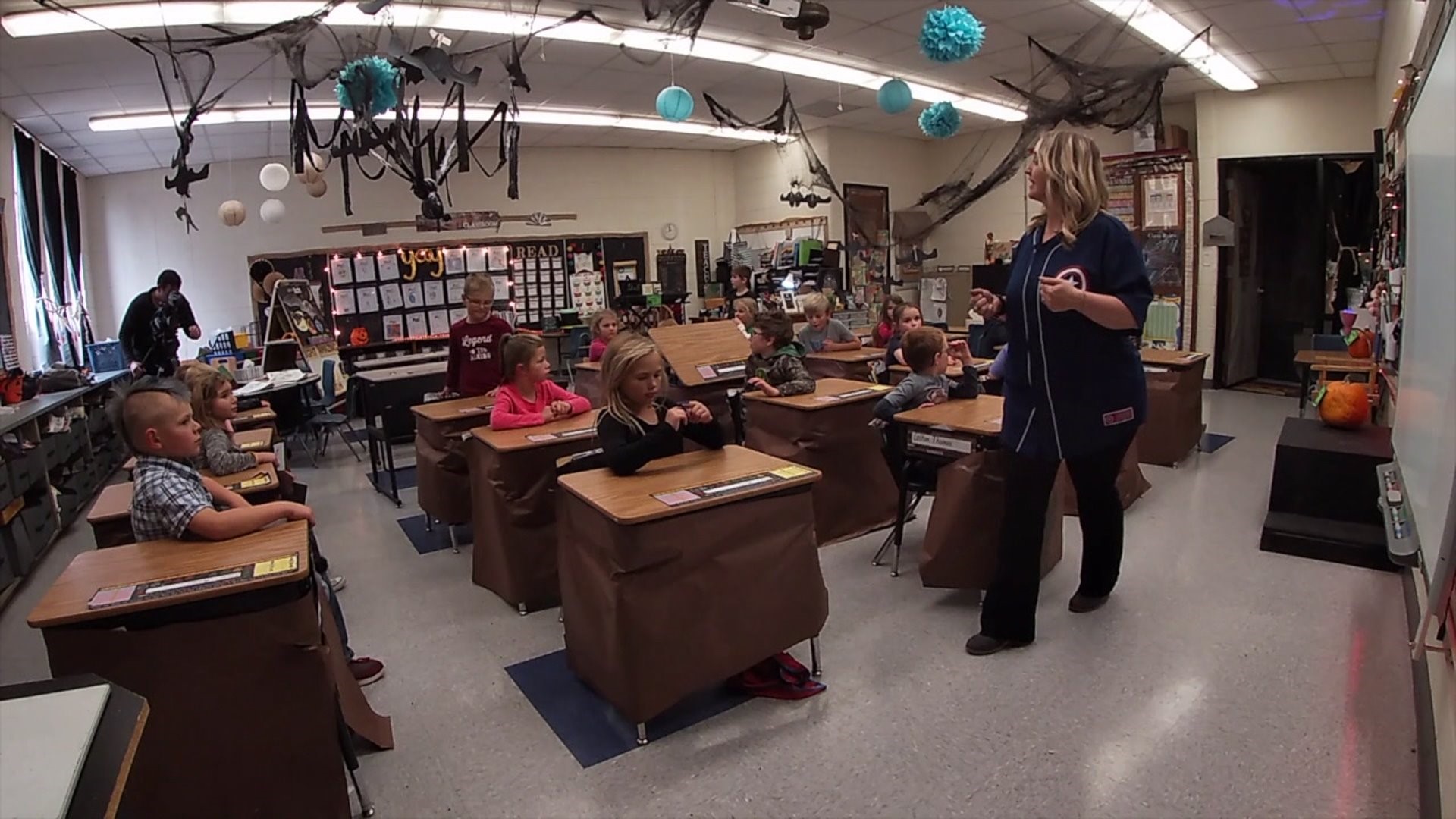 MOLINE, Illinois -- Black Hawk College has signed an agreement with a Chicago-area university to offer a way for students to get a bachelor's degree in early childhood education online.

It comes as a recent survey shows that one in five early childhood teaching positions were unfilled or held by people who were not qualified in fall 2018.

Cambridge Elementary School teacher Christie Reed knows it takes passion and enthusiasm to hold the attention of a class of first graders. She has plenty of both --- but she's put 29 years into the job.

"And I'm getting toward the end of my teaching career, so I'm looking at that and it's kind of scaring me," Reed said. "And that maybe I shouldn't retire."

But it's difficult finding new staff.

"Just not so many years ago, we would have 50-75 applicants, and last year we had four for one position," said Shelly Capps, principal of Cambridge Elementary School.

"So you could work during the day, get home, cook dinner for your kids, do your classes and complete your education instead of having to take off work and incur more expenses," said Amy Maxeiner, Vice President for Instruction at Black Hawk College.

Administrators and teachers have welcomed the move.

"And you know it doesn't matter which college you go to, whether it's a four year institute, you start in a two, you move on to the next, it's online, some of it's face to face," said Reed. "It's all in how you make of it, too."