In the midst of the protests and heartache that have followed George Floyd's death, Greensboro's mayor has a message: "I hear you." 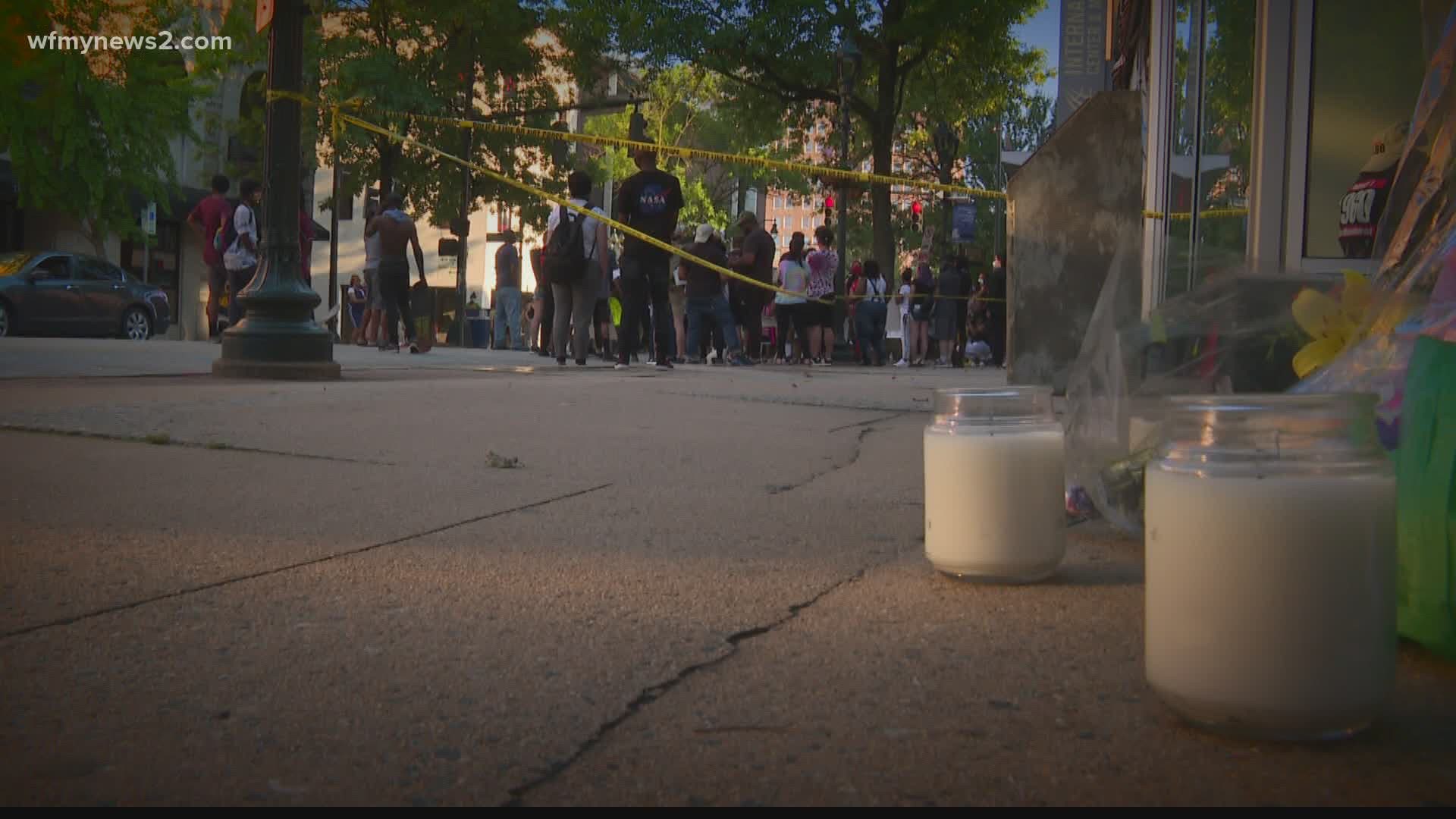 GREENSBORO, N.C. — After George Floyd's death and the ensuing protests and riots in Greensboro, the city's mayor publically addressed the events that have happened in the past few weeks.

"To all who have been peacefully protesting in recent days, to all who are outraged by the deaths of George Floyd, Ahmaud Arbery, Breonna Taylor, Marcus Deon Smith, and so many others: I hear you," Greensboro Mayor Nancy Vaughan said Sunday morning in a release, "I hear your anger, your pain, your frustration of justice denied for far too long. I hear you crying out for a new way, for changes in priorities and policies, in systems and structures.

Sunday's release is the first time she's made a public statement since the earliest days of protests when she joined Greensboro law enforcement officials with another message: "Black lives do matter."

The city has seen multiple days of protests since George Floyd's death. Protests have remained more peaceful since Vaughan implemented a curfew to protect businesses downtown.

Vaughan said the Greensboro police department is exploring changes in policies and procedures based on discussions officials have had with community members.

She went on to cite various programs and policies already implemented to help curb violence in the city. Her full statement can be viewed here.

"The city council and I are already working to make our city safe and prosperous for all people, regardless of the color of their skin," the mayor said.

RELATED: 'You are working against us'| Protesters express frustration after property damage following protests

RELATED: 'We want to remember why we're protesting'| vigil supports victims of social injustice in Winston-Salem