An elderly man has died in the worst floods to hit Venice in more than 50 years, as local authorities in the Italian lagoon city called for a state of emergency... 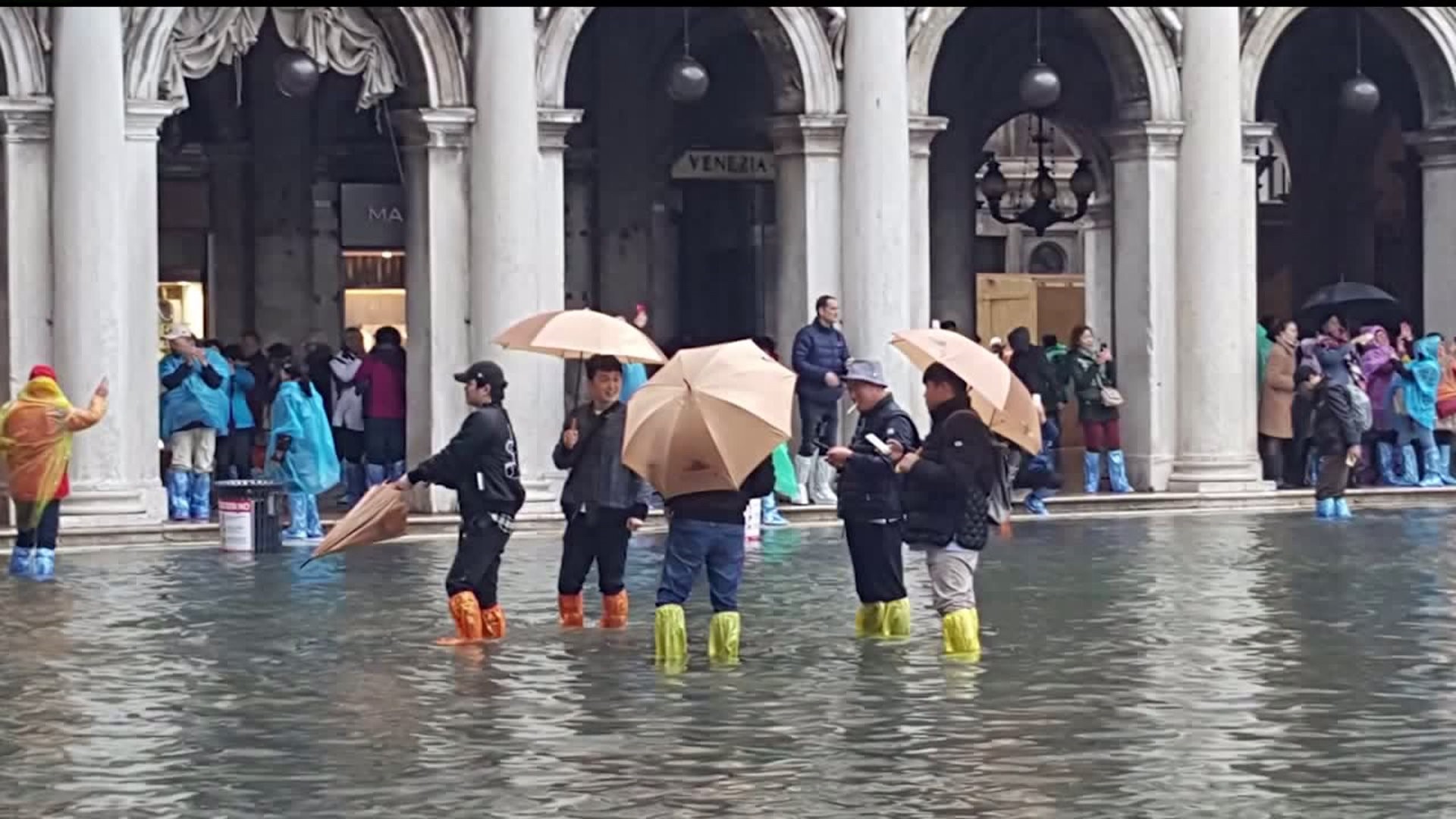 (CNN) -- An elderly man has died in the worst floods to hit Venice in more than 50 years, as local authorities in the Italian lagoon city called for a state of emergency to be imposed.

The unnamed man was killed on Tuesday night while he was trying to run electric pumps at his home on the island of Pellestrina, Alessandro Bertasi, spokesman for Venice's mayor, told CNN.

The popular tourist destination was struck by an exceptionally high tide on Tuesday night, which peaked at 187 centimeters (73.6 inches), according to a statement by Venice's government Wednesday morning.

The historic crypt of St. Mark's Basilica was inundated for just the sixth time in 1,200 years.

It is the worst flooding in Venice since 1966, when the city was hit by tides up to 194 cm (76.4 inches) high, according to government statistics.

Venice's Mayor Luigi Brugnaro said it would cost hundreds of millions of euros to fix the city, telling reporters at a news conference that the damage was "enormous."

Francesco Moraglia, the Patriarch of St Mark's Basilica Monsignor, also told reporters: "I have never seen something like what I saw yesterday afternoon [Tuesday] at St. Mark's square. There were waves as if we were at the beach."

More rain and strong winds are expected in the coming days, according to Luca Zaia, the President of the Veneto Region.

'A night of fear'

"It's a real catastrophe," Stefano Bandini, a Venetian taxi driver told CNN. "I have never seen such a high tide accompanied with such a strong, destructive wind.''

Bandini explained that when the tide goes over 1.10 centimeters using the canals was prohibited for safety reasons but said many of his colleagues had taken people to check houses and shops. "We want to help each other now," he said.

Andrea Di Masi, deputy director of the luxury hotel Baglioni, said furniture, carpets and pottery were removed from the ground floor on Tuesday as high-tide warnings had been issued.

Venice resident Elisa Aquina Laterza told CNN she lives near the Rialto Bridge. She posted on Twitter a video of sirens that alerted the population about the high tides on Tuesday night.

"Last night after the sirens went off we were without electricity. The windows banged with gusts of strong wind," she said. "It was a night of fear and today we are blocked here at home with reduced public transport."

Laterza said on Monday it was impossible to walk because of the floods. "Today I'll try to venture out to help my neighbors," she added.

People who lived through the 1966 flood say there wasn't the strong wind then that there is now, Laterza said.

"I've only witnessed this historic flood but I must say that the situation is unprecedented and our city is our land and it needs help and support from all," Laterza added.

On Tuesday, the Tide Forecasting and Reporting Center of Civil Protection said that 45% of the city was flooded. Thirty volunteers will be deployed Wednesday to help with the clean-up, it said.

Venice's government announced that after the "extraordinary" tide, it would "submit a request for a state of emergency" to the country's central government. All schools will be closed Wednesday due to the weather conditions, the local government said.

It also asked citizens and businesses to collect evidence of any damage their properties had suffered so they could request compensation.

In a tweet, Venice's mayor Luigi Brugnaro blamed climate change for the unusually high tides, and said the tide was "a wound that will leave a permanent mark."

Only around 53,000 residents live in Venice, which has seen its population dwindle over the past 50 years as it tries to curb over-tourism.

Tides of 140cm (55 inches) or more are known as "acqua alta" in Italian, and generally take place in winter time, according to Venice's municipality website.