YOUR MONEY with Mark: Why an agreement was made between the U.S. and China 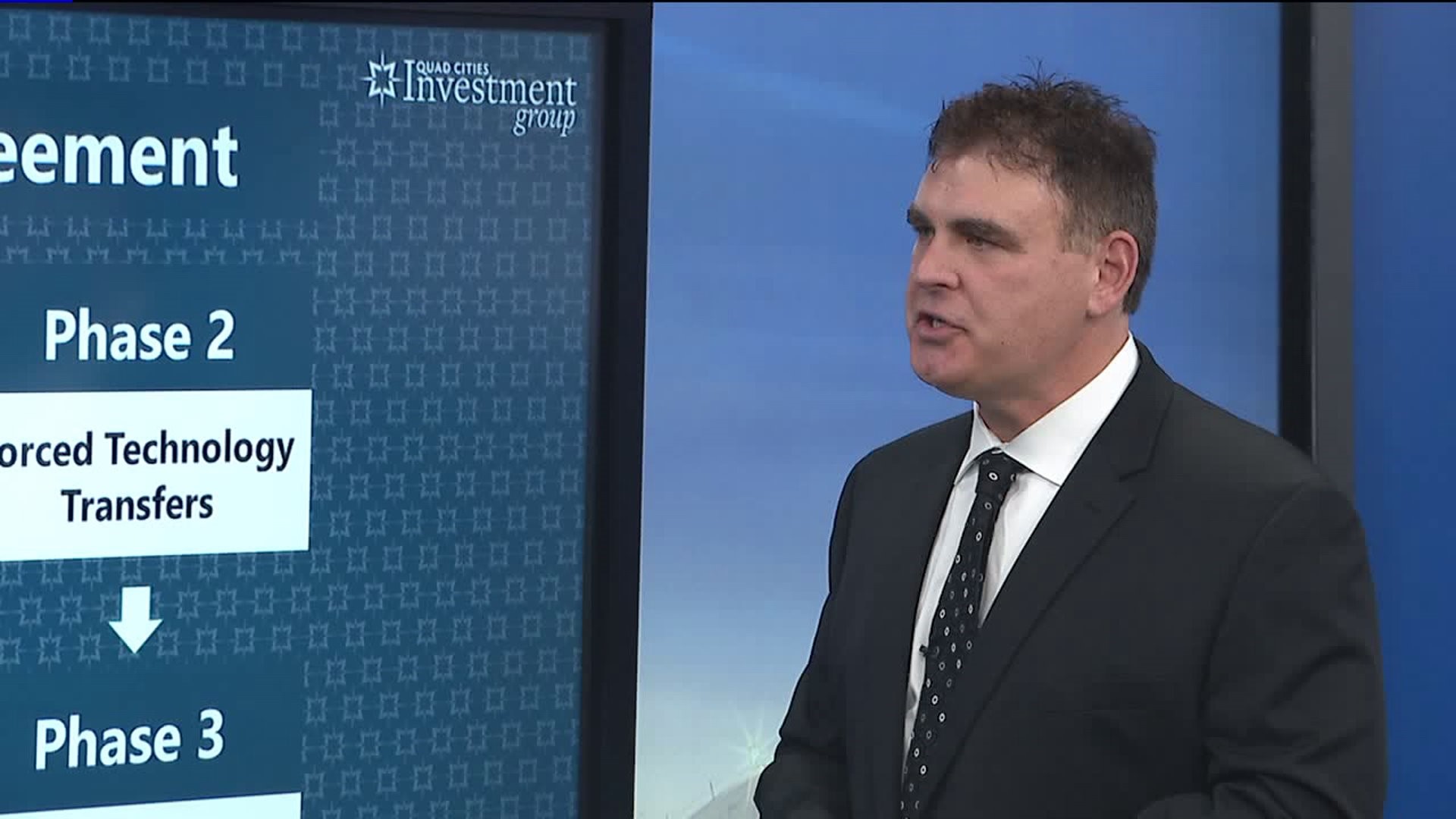 The U.S. will get about $40 to $50 billion in agricultural purchases from China. China will get a temporary hold on their tariffs. A new round President Trump had threatened to go into effect in October are now being delayed.

Investment Advisor Mark Grywacheski explained why the deal was made during Good Morning Quad Cities Monday, October 14. He says the American economy's starting to show signs of fatigue in the manufacturing and agricultural industries, but more importantly, politics may have played a role in this agreement.

"This interim agreement, along with United States Mexico Canada Trade Agreement, which is set to replace NAFTA, gives President Trump a political win going into the 2020 election cycle, especially in those key battle ground states in America's grain and rust belts," Gywacheski said.

The tariffs already in place between the two countries are expected to stay in place. Your Money with Mark airs every Monday in between 5 a.m. and 5:30 a.m. during Good Morning Quad Cities. To live stream our newscasts, click here.