Yes, the meteorologist who was super hyped about the Alabama vs. Texas A&M game works here 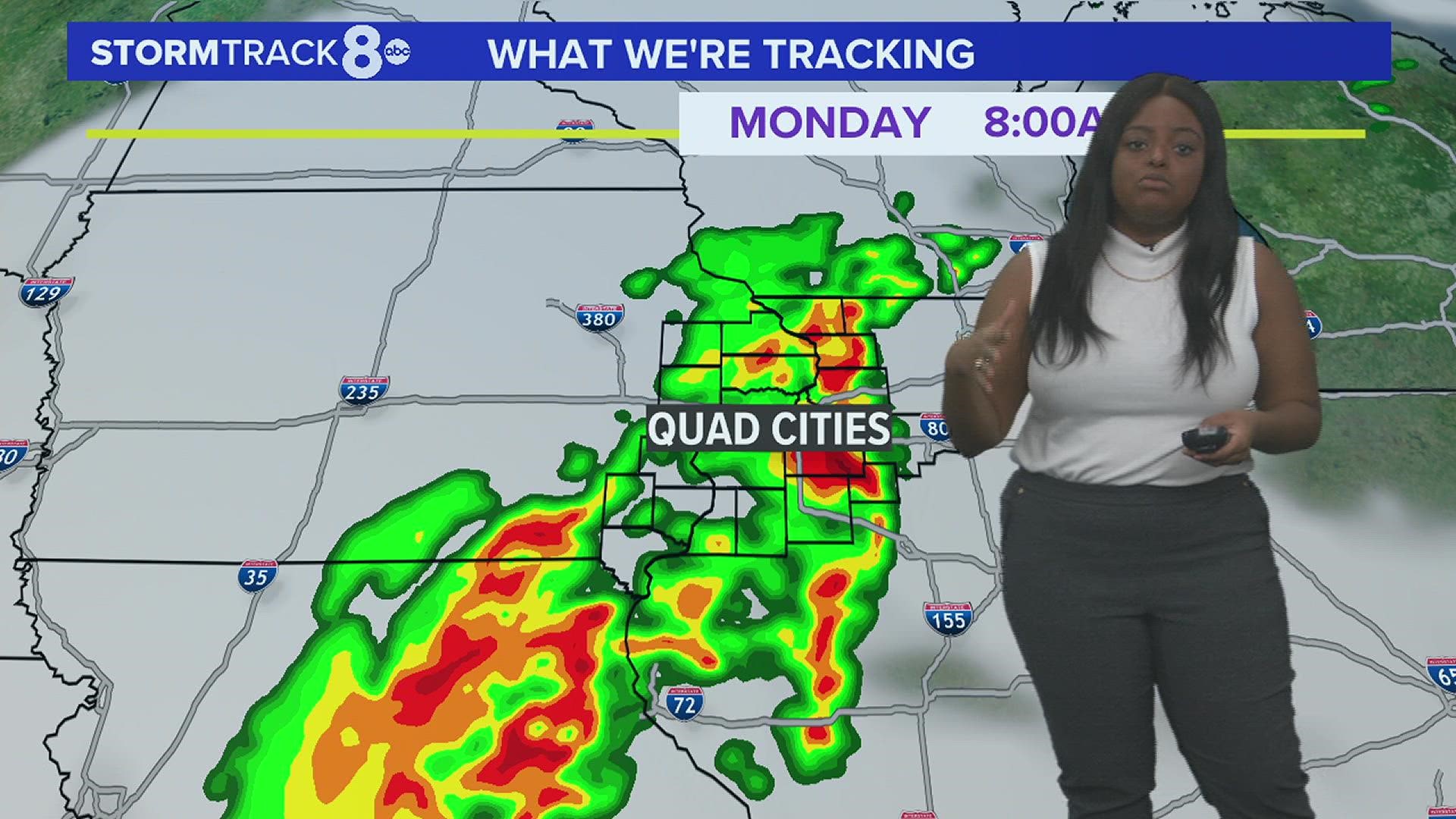 MOLINE, Ill. — Editor's Note: See the excited reaction at about 2 minutes, 50 seconds into the video above

Who was that weatherwoman that brewed up a social media storm following her Saturday night forecast? Effrage, of course!

WQAD News 8's newest meteorologist Effrage Davis went viral on social media after a dramatic display of excitement Saturday, Oct. 9, when her weekend weather forecast coincided with the finale of the Texas A&M University vs. University of Alabama game.

The Texas A&M Aggies beat out Alabama Crimson Tide 41-38 during the last play of Saturday night's intense NCAA football game. Davis, a 2020 graduate from Texas A&M, was in the middle of delivering her fall foliage forecast when the team scored its final field goal. In that moment, she was unable to disguise the excitement for her alma mater.

"There should be a rule that you don't forecast during a tied 4th quarter TAMU vs BAMA game," Davis tweeted along with a video of her giddy weather segment.

There should be a rule that you don't forecast during a tied 4th quarter TAMU vs BAMA game 👍 can you tell when we won? pic.twitter.com/JQCCnzxmix

The video has been seen nearly 800,000 times as of Monday morning. Barstool Texas A&M shared Davis' video on its own Twitter account.

"Sounds like you have your priorities in order," Texas A&M responded to Davis' tweet. "Gig 'em, Effrage!"

Others on Twitter were touched by Davis' Aggie pride.

"This is just so good," Twitter user @CoachMcElGainz said. "My young son wants to be a meteorologist and wants to go to Texas A&M. He absolutely loved this clip."

You can catch Davis delivering the weather forecast every weekend on News 8. And who knows, with this much love for the game, maybe you'll see her on WQAD's sports desk next...?

RELATED: Stay in the know with WQAD online.