'It was great!': 94-year-old Air Force veteran gets the ride of a lifetime

Dream Flights is a non-profit organization created to give seniors and military veterans the chance to fly in the cockpit of a World War II era Stearman plane. 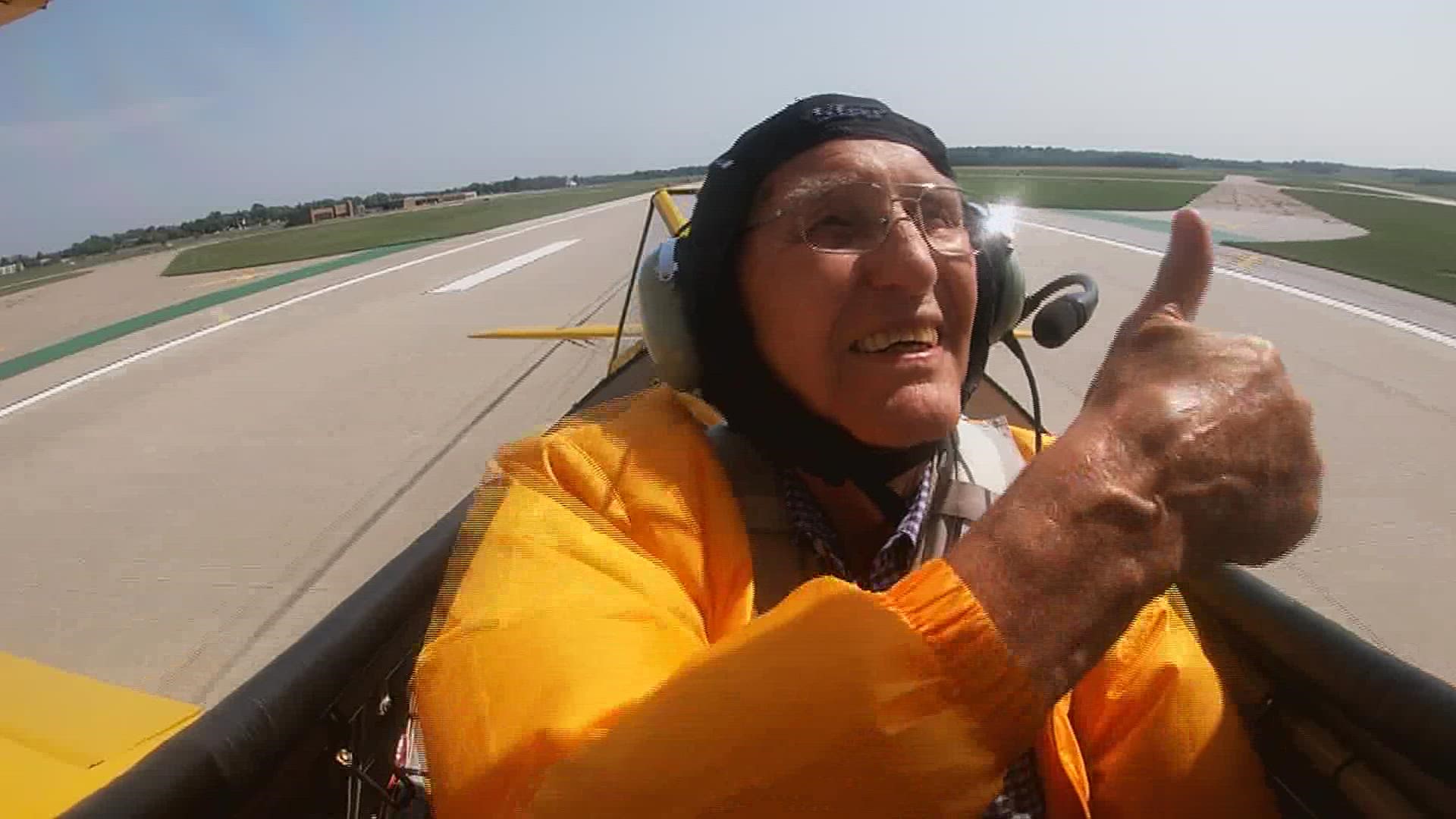 Ray Fairbank is 94-years-old, turning 95 in a month. Tuesday, he got the chance to fly over the Quad Cities in a World War II era Stearman.

"I'm so honored. I really am," Fairbank said. "I'm so honored to be here standing here with all these wonderful friends of mine around."

It's all part of Dream Flights, a non-profit organization created to  give seniors and military veterans, living in long-term care facilities, the chance to fly in the cockpit of a World War II era plane. Fairbank's daughter, Mary Wells, said someone suggested she nominate her dad.

Fairbank grew up and went to school on a ranch in Montana. After graduating high school, he was then drafted to the military in 1946. He joined the Air Force and said he wanted to be an airplane mechanic.

"This is really strange because the interviewer said, 'Well, your IQ was too high for that, and you need to go into the weather service,'" he said.

For three years Fairbank was a weatherman, using weather balloons to measure the atmospheric pressure, temperature, humidity and wind speed. This is what he was doing in 1947 for pilot Chuck Yeager when he broke the sound barrier.

He went on to become an engineer and work for John Deere. Fairbank even has eight U.S. patents in his name. He also helped developed the aluminum engines for Ford and Cadillac.

"God has given me just so much I'm telling you," he said. "He's blessed me so much in my life, just being a dumb kid from Montana on a ranch, and he just allowed me to do all of those things. It just, it just blows my mind."

Tuesday wasn't the first time he rode in a plane like this.

There was none of that on his dream flight.

"I've been relaxed through the whole thing," he said. "[He's] a wonderful pilot."

"He won't sleep for two days after this," Wells said. "He'll be up all night, just reliving it."

"I'm sure he feels like a little kid, because he's still a kid inside," said longtime friend Cherie Fahrenkrog. "He's 94 years young."

Wells said the pressure is on to top the plane ride adventure when Fairbank turns 95 next month.

"I don't know. A hot air balloon ride? A sidecar with a motorcycle? I don't know," she said.