Investigation found that the bullet that injured a Whiteside County Deputy on Monday was fired by the weapon of an Illinois State Trooper. 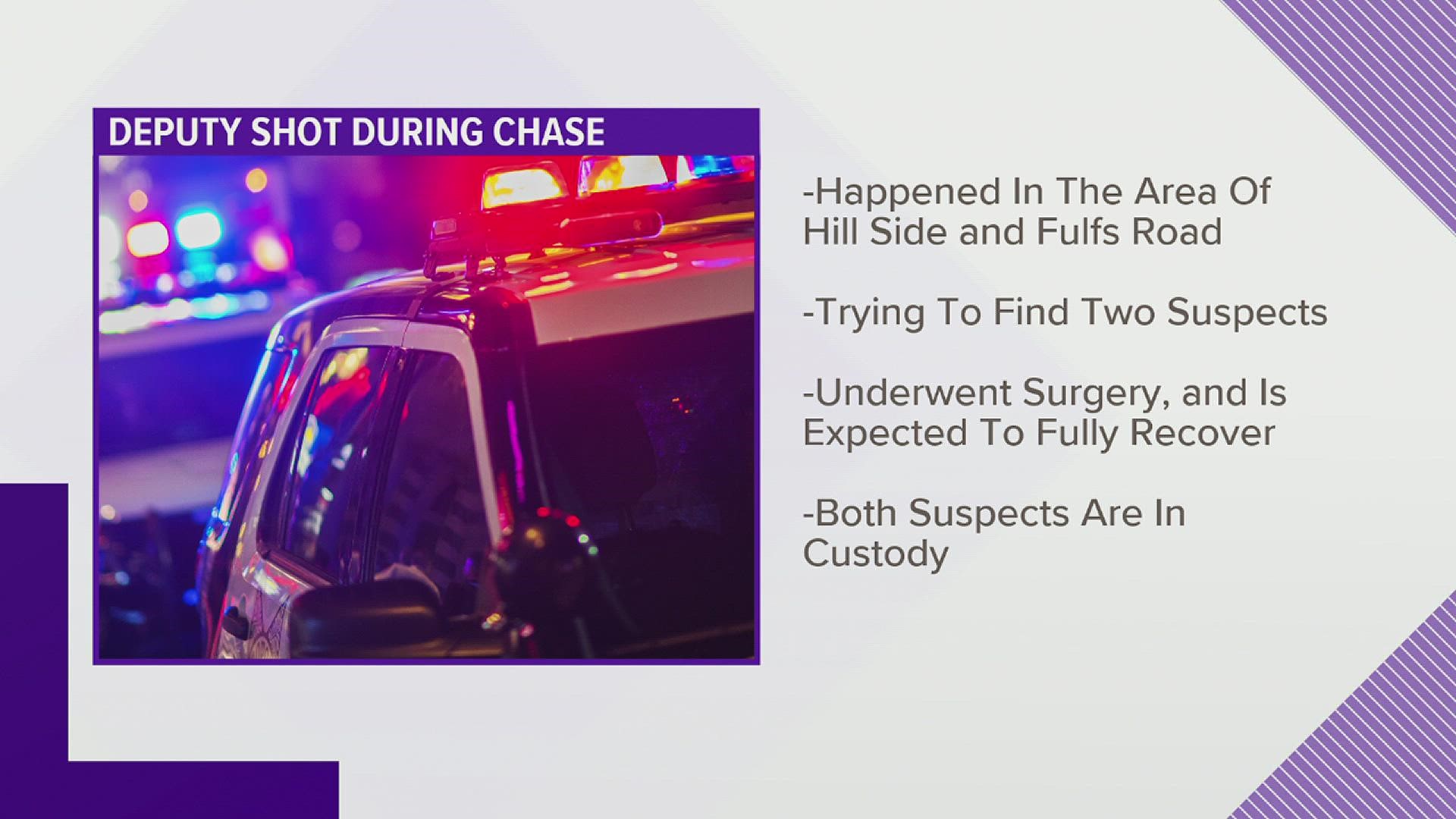 Officials have released more information regarding the incident.

In a press release published on Wednesday, September 29, the Whiteside County Sheriff's Office identified the injured officer and suspects involved in the shooting.

The officer was identified as 32-year-old K9 handler Derek Hamstra, who has been with the department for about 8 and a half years, was shot in the left foot while attempting to locate the two suspects, who had fled from law enforcement earlier in the day.

Investigation of the incident found that the bullet that struck Hamstra was inadvertently fired by a Illinois State Trooper who was assisting in the search.

The Sheriff's Office also identified the suspects, who had already been taken into custody.

According to the sheriff's office Facebook page, the incident occurred at 8:42 a.m. in the area of Hill Side Road and Fulfs Road.

Whiteside County Sherriff, John Booker says the deputy was attending to a car with an adult man and woman who seemed to be unconscious inside. When the deputy approached the vehicle the driver sped off.

The Sheriff's Office says the deputy looked for the two suspects who fled on foot following the vehicle pursuit.

Sheriff Booker says once the suspects were found they opened fire on the deputy. The officer's gunshot wound is reportedly non-life threatening and the deputy is undergoing surgery and expected to make a full recovery.

Both suspects were taken into custody, and there is reportedly no danger to the general public.

The sheriff's office says no information is available and updates will be provided as they come in.