Crews were on scene near the intersection of 14th Street and Middle Road in Bettendorf to fix an overnight water main break. 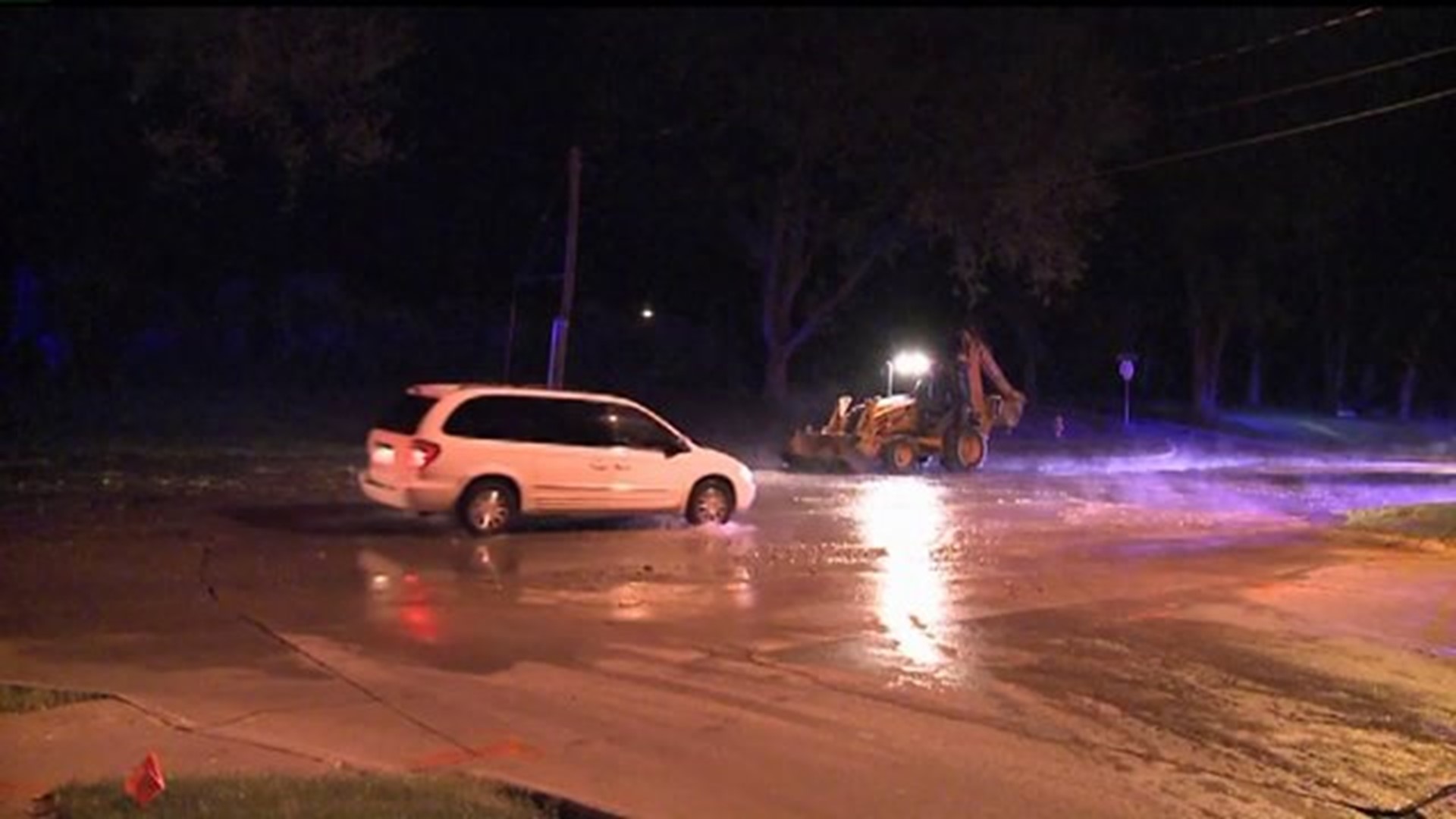 Crews were on scene near the intersection of 14th Street and Middle Road in Bettendorf to fix an overnight water main break.

The 12-inch main broke at about 2 a.m. Wednesday, May 13, 2015, leaving water pooled across the street. Crews from Iowa American Water were able to shut the water off around 4:30 a.m.

Middle Road remained open to traffic during morning commute hours, but westbound lanes were later closed between I-74 and 18th Street.  Traffic was not detoured, but allowed to get by using one thru lane for each direction of travel.

There were around 100 customers without water as repairs were made to the water main. They were expected to be complete by early afternoon.

Crews were also working on a second, 8-inch water main that broke at 22nd and Grant Streets. Traffic was reduced to one lane early Wednesday morning.

No precautionary boil order was expected for either break because crews were able to work on them without losing pressure. Some customers may have experienced low water pressure as repairs were ongoing.

Repairs at both locations were expected to be completed by Wednesday afternoon, but additional work will keep crews in the area through Thursday.  Contractors have been hired to do restoration at both locations.

On Grant Street, there will be two westbound lanes open Thursday. Drivers are urged to avoid the areas if possible.