Watch: Water shoots out of the ground after main breaks in East Moline

This water shot out of the ground for hours before it was controlled, prompting crews to close portion of Morton Drive. 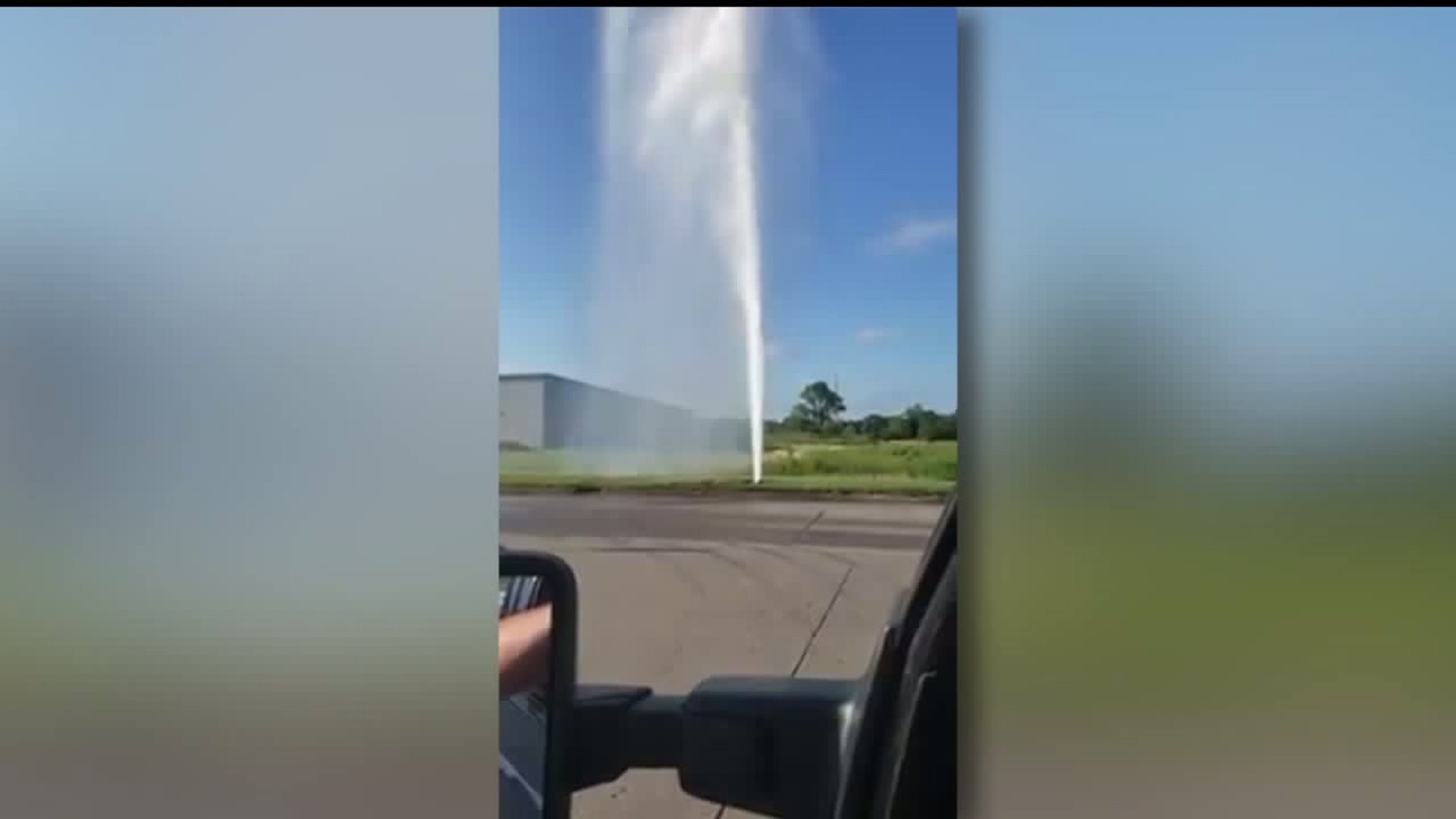 EAST MOLINE, Illinois -- Water shooting out of the street after a water main break prompted crews to close a portion of Morton Drive.

Crews arrived to the scene Thursday, July 11 shortly after 7 a.m., according to Dave Lambrecht with Public Works.  Water continued to shoot out of the ground for almost two hours before it was controlled.

Traffic went back to normal during the afternoon, said Lambrecht.  None of the surrounding homes or businesses were impacted.