A video posted by the Oklahoma Highway Patrol is serving as a warning to drivers to “Slow Down.”

Editor’s Note: Some viewers may find this video difficult to watch 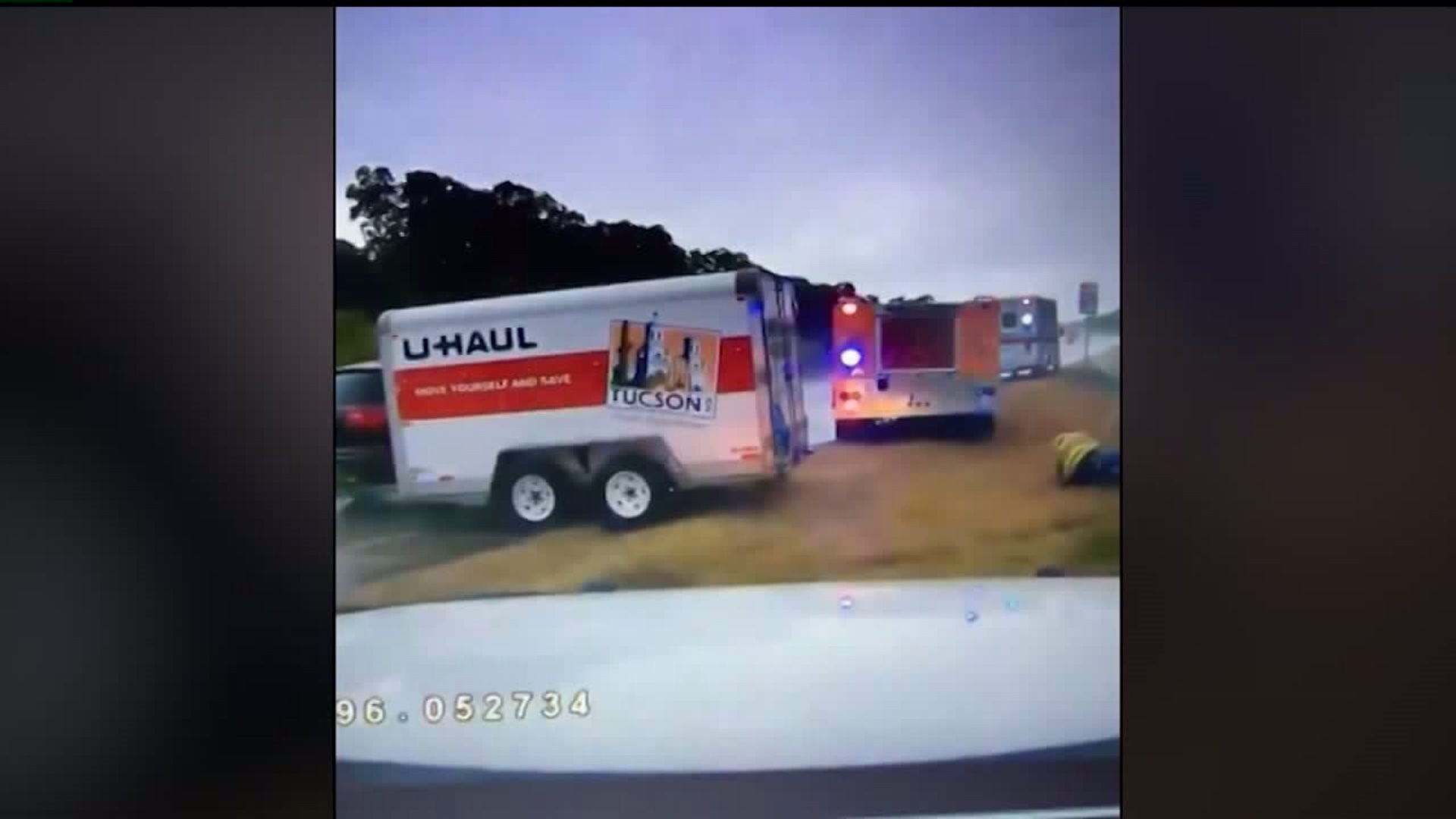 STRINGTOWN, Oklahoma -- A video posted by the Oklahoma Highway Patrol is serving as a warning to drivers to "Slow Down."

The video, captured by a dashboard camera, shows two firefighters standing behind a fire truck along a crash site on an Oklahoma highway.  Seconds into the video, a U-Haul comes into frame and slams into the two men, knocking them down.

According to the post, both of the firefighters were OK, "miraculously they were left with only bruises - no broken bones."

"This is a graphic reminder to SLOW DOWN - especially when roads are slick and you see flashing lights," read the post.

The video was shared on Tuesday, September 3, and has since been shared thousands of times.  The crash happened sometime in August.