Watch: Couple reunites with troopers after narrowly escaping tragedy on side of Illinois interstate

A couple who narrowly escaped tragedy on the side of an Illinois highway met with the two troopers who helped rush them to safety that day. 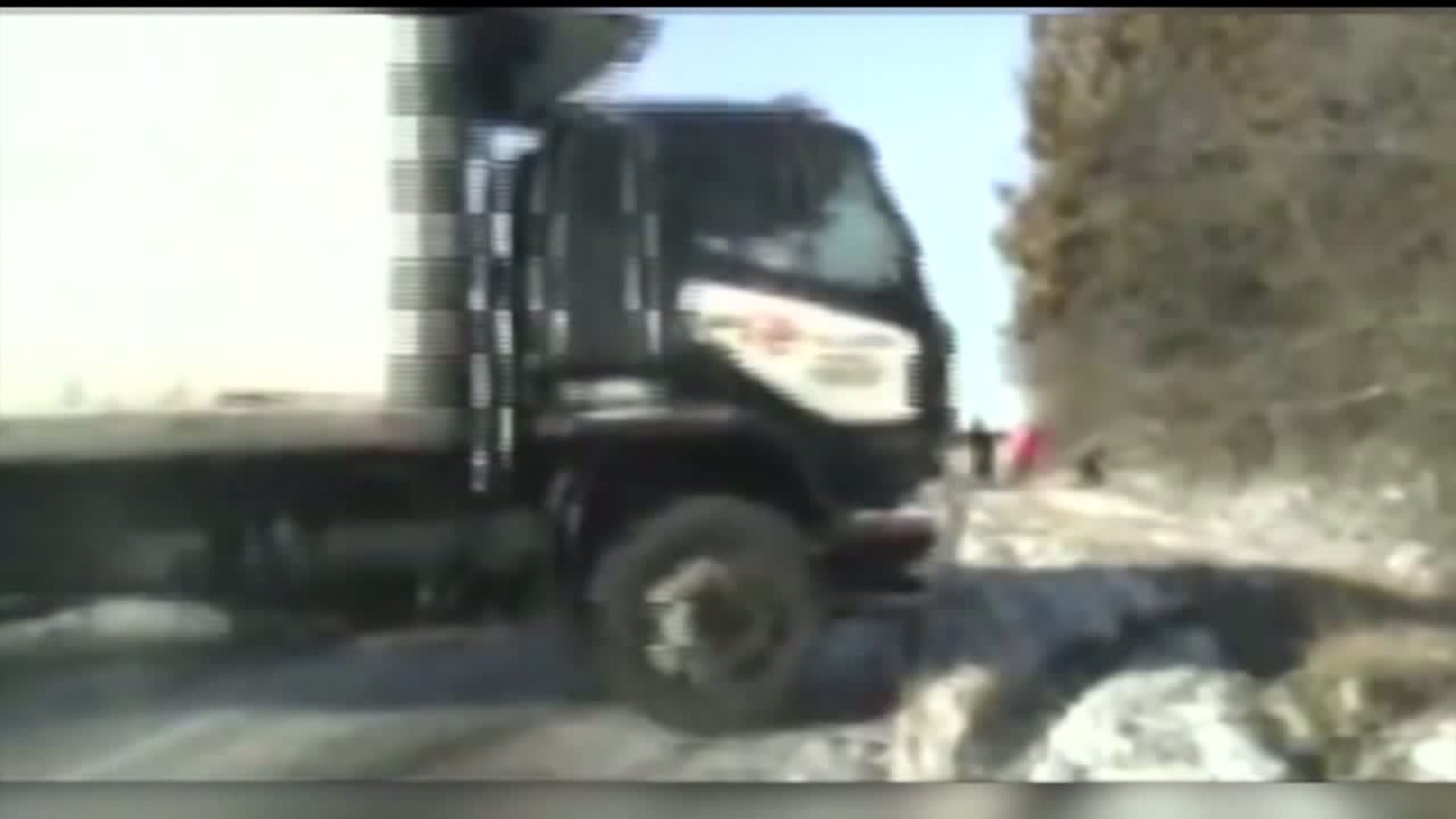 WAYNE COUNTY, IL -- A couple who narrowly escaped tragedy on the side of an Illinois highway met with the two troopers who helped rush them to safety that day.

Peggy and Wilbur “Bud” Vaught got a flat tire on the side of Interstate 64 in November of 2019.  Two Illinois State troopers, Trooper Mark Zimmerman and Trooper Jonathan Pflaum, stopped to help them change their tire when a box tuck started sliding toward them.  The incident was caught on video.

Peggy was standing next to one of the troopers as the tire was changed. Once the truck started sliding toward them, the Trooper Zimmerman grabbed Peggy and guided her into a ditch. She wound up with a broken wrist, but otherwise everyone came out unscathed.

Bud and Peggy agreed that the troopers saved her life.

On Wednesday, November 20, Peggy, Bud and the two troopers met again to recount the incident.

"I thought you were underneath the box of that truck," said Trooper Pflaum to Peggy, "and I think we both probably should have been but thankfully we made it out."

The trooper said he once the truck came to rest he looked down and saw Peggy covered in dirt and mud.

"The only thing I remember is somebody yelled, "Run," and that's all I remember until I woke up," said Peggy.

Trooper Zimmerman checked on Bud, who was still in the car when the truck crashed.  Bud told Trooper Zimmerman he was alright except for his back, but requested the trooper go check on his wife.

"I'd say the fact that all of us including a dog are still breathing, I'd say God has his hand upon all of us that morning for sure," said Trooper Pflaum.

The driver of the truck was cited for driving too fast for conditions and failure to reduce speed.  The Vaughts hope their story will help other drivers see just how important it is to slow down and move over when possible in situations where first responders or flashing lights are on an interstate shoulder.  The Illinois State Police reminds drivers that is the law in Illinois.