The Black Hawk County Sheriff’s office is sharing video of what could have been a tragic crash northwest of the Quad Cities caused by weather conditions. 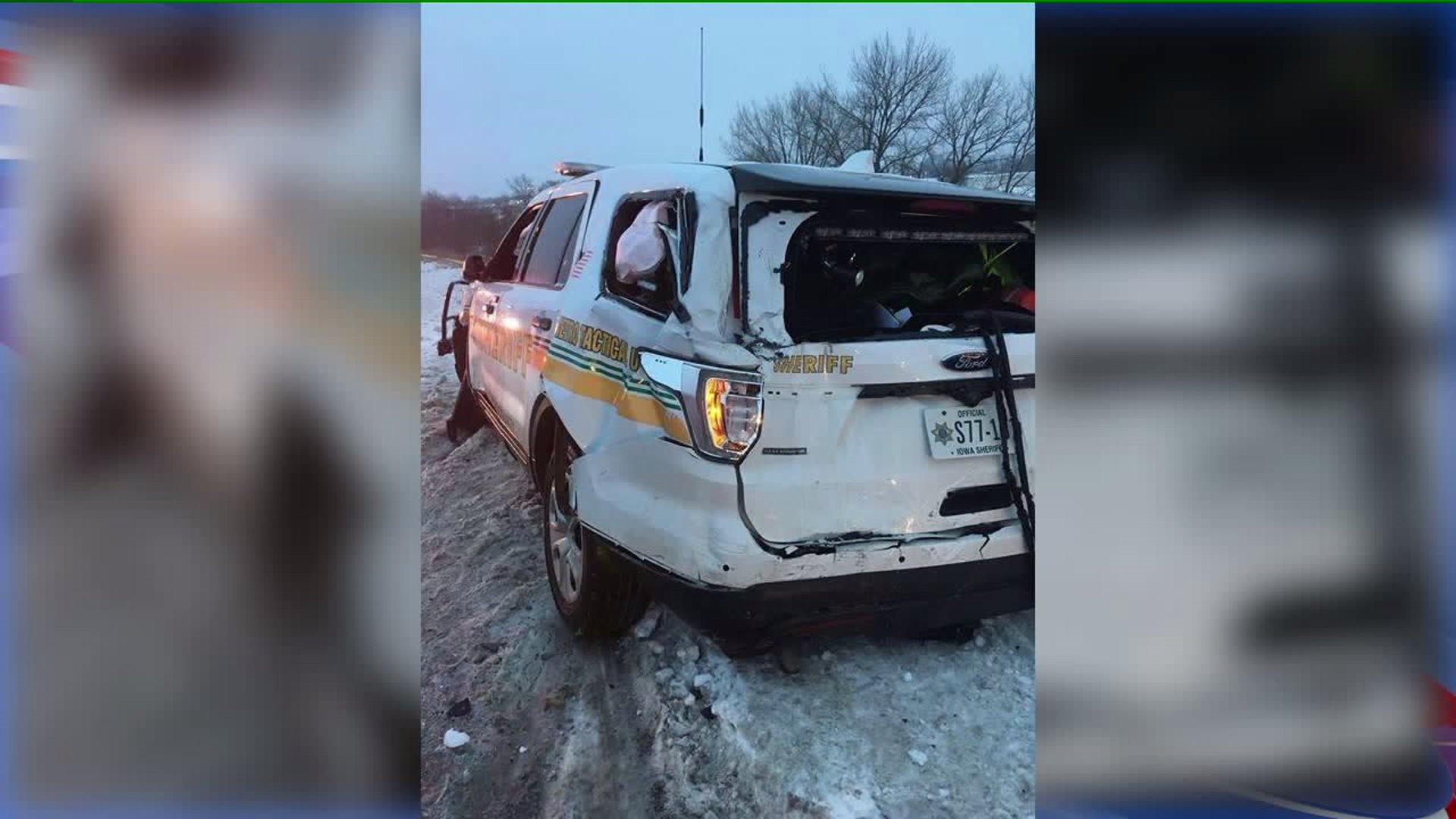 RAYMOND, Iowa -- The Black Hawk County Sheriff's office is sharing video of what could have been a tragic crash northwest of the Quad Cities caused by weather conditions.

Two deputies were on the scene of a car stuck in a ditch off Interstate 380 on Sunday, February 10, according to the Black Hawk County Sheriff's Department.  While they were on scene, video was captured of a car that lost control on the road and slid into a squad car, swiping the back.

The deputy was not in the car when the crash happened, according to the department, and nobody was hurt.

"Our best advice is not to travel when the road conditions deteriorate," said Sheriff Tony Thompson with the Black Hawk County Sheriff's Department.  "If you must travel, we really need motorists to slow down."

A winter storm warning is in effect for the News 8 viewing area on Monday afternoon.  Click here for weather alerts and warnings in your area.

StormTrack 8 Meteorologist James Zahara is advising that travel could be tough for commuters.