Joni Ernst and Theresa Greenfield face each other in third debate

Republican incumbent Joni Ernst and Democratic challenger Theresa Greenfield are competing for a U.S. senate seat in Iowa.  The two will face off in a debate on Thursday, October 15 at 6:30 p.m.  The 90-minute debate will be held in Des Moines, and will be the third and final debate before the November 3 election.

Ernst has been in office since 2015. In November of 2014 she became the first woman to serve a federal elected office from Iowa. She was also the first female combat veteran to be elected to serve in the U.S. Senate.

Greenfield announced her run against Ernst in June of 2019. Her campaign website says she's "a farm kid with farm kid values." She is the president of a small, family-owned property management company called Colby Interests.

Related: Everything you need to know about voting in the 2020 election

Here's how you can watch the debate:

Sign up for alerts on the WQAD News 8 app to be notified when the debate begins - download here: iPhone | Android 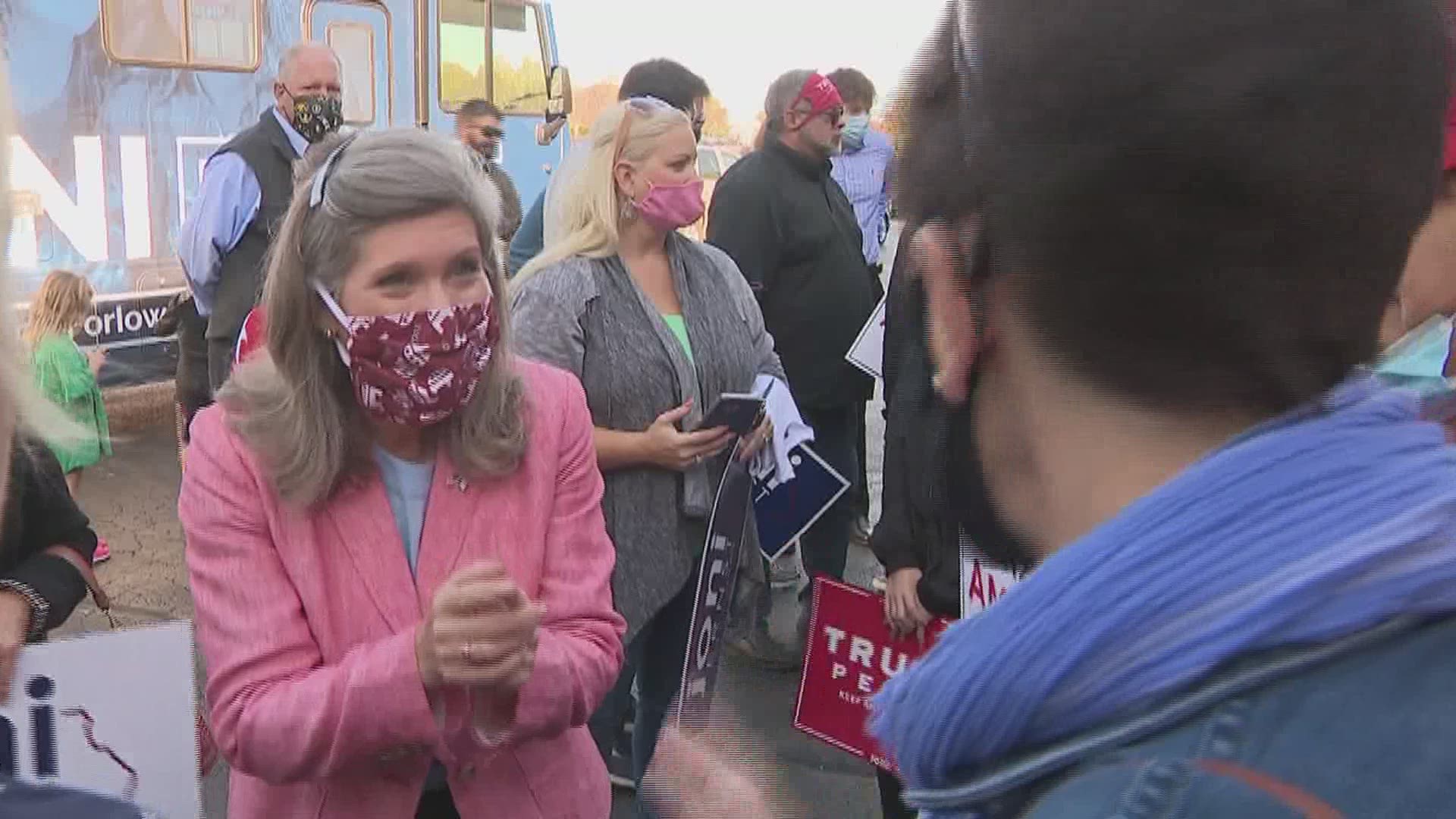 The debate will have five moderators: Steve Karlin and Rheya Spigner from KCCI, Brianne Pfannesnstiel from the Des Moines Register, Matt Breen from KTIV and Ron Steele from KWWL.

On Election Night, head to WQAD.com for real-time results.  Or text RESULTS to 309-736-3229 to have them sent straight to your phone.