Dash cam footage from the Galesburg Police Department showing an officer nearly being struck by a truck stresses the need to move lanes for law enforcement. 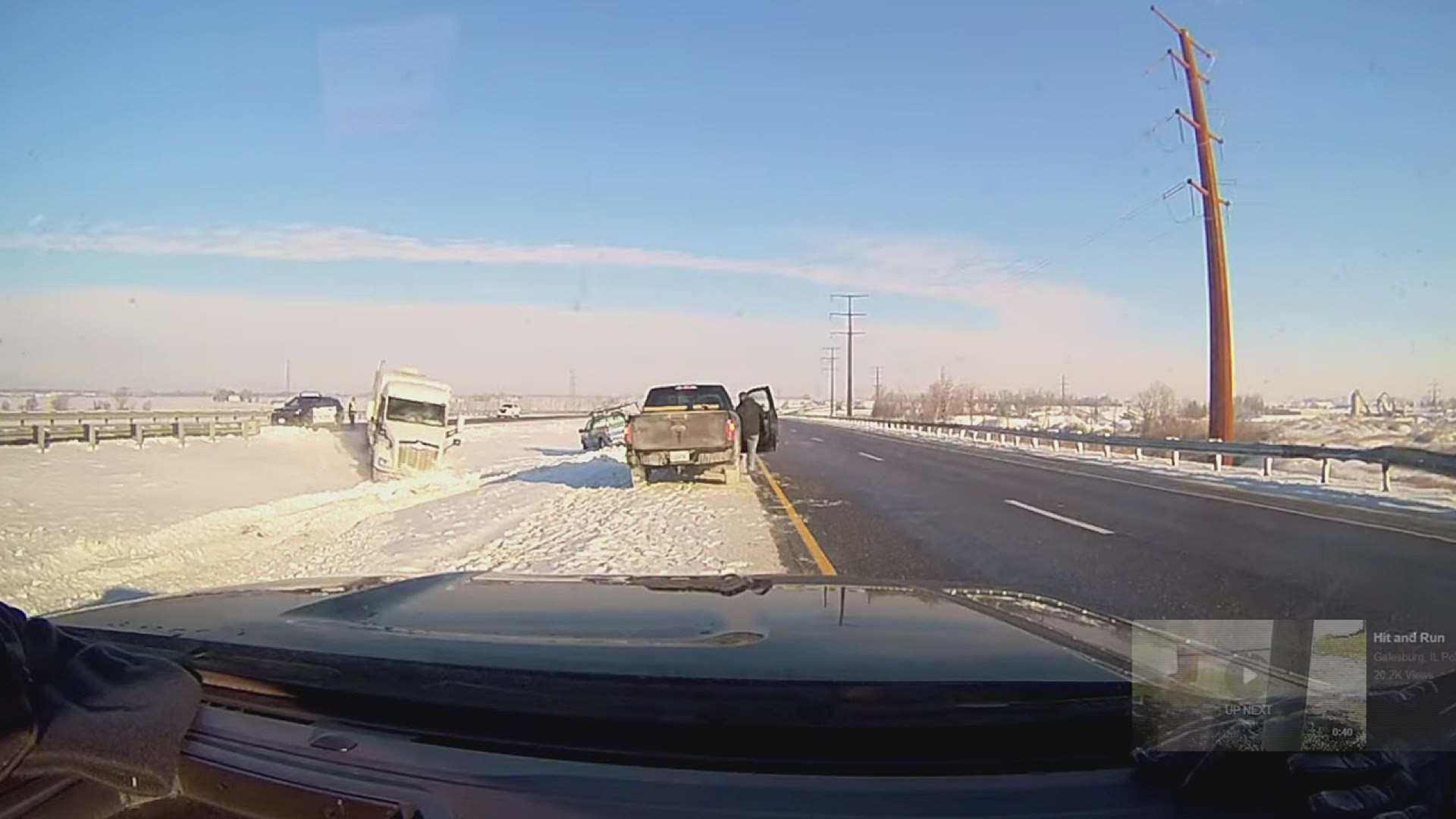 The Galesburg Police Department released a video clip of an officer nearly being struck by a truck out on the highway, and wants to use the opportunity to stress the need to follow Scott's Law.

The dash cam footage, shows a squad car stopped in the left lane of Interstate 74. A big rig approaches the car in the same lane, and veers off into the ditch to avoid collision, nearly striking the officer standing next to the car.

According to Chief Russ Idle, the video was taken around  7:30 a.m. on Thursday, February 18, when icy conditions had forced many vehicles off the road. The depicted squad car had pulled over to protect a vehicle that was also stopped, partially in the traffic lane, just offscreen.

"This is why it is important to slow down and move over when you see emergency vehicles on the roadway.  This close call happened in Galesburg on Thursday, February 18, 2021.  Pay attention to the squad car on the far side of the interstate. This case is being reviewed by the Illinois State Police for possible charges," says Galesburg PD.

Scott's Law is a piece of code mandate that drivers move over to the next lane for stopped law enforcement vehicles to protect them and other drivers. The incident follows a recent tried of serious crashes caused by Scott's Law violations.