Chuck Roberson left the semester before he graduated to serve in the U.S. Navy. 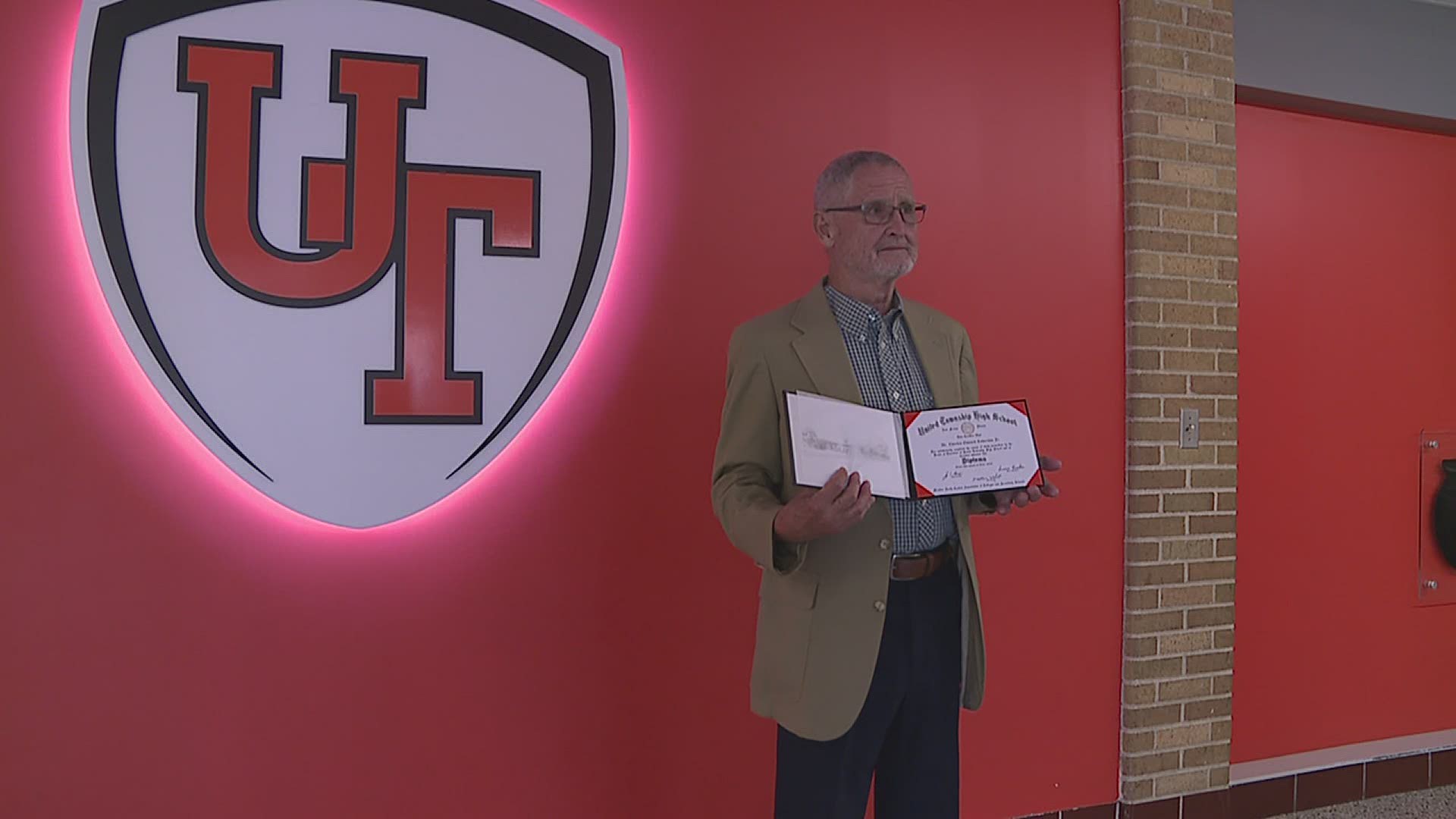 EAST MOLINE, Ill — In 1960, Chuck Roberson was a 17-year-old, second semester senior at United Township High School in East Moline when he left to join the U.S. Navy and serve in the Vietnam War.

Roberson spent three and a half years in the U.S. Navy. He said he needed to get out of East Moline and wanted to be done with school.

After leaving the Navy, Roberson went on to go to college and receive not one, but five different degrees. He attended Black Hawk Community College, Northeastern Illinois, East Texas State, St. Louis University and University of Iowa.

"I must've gotten bored," he said about all his degrees.

Roberson has an MBA, PhD and a Master of Social Work. He even completed a post-doctorate fellowship in the Republic of Georgia.

"I can do business. A doctorate in policy studies and economics. My MSW makes me a kind of social worker," Roberson said. "I've evolved in my thinking from when I was a young person, to getting into middle aged and over aged."

When he thinks of his time in high school, Roberson remembers his physics teacher and being president of the biology club.

"I think of the physics professor who famously told me, 'Chuck, it's good that you're not a paratrooper because of you were unprepared to do anything having to do with physics'," he said.

Roberson hasn't decided just yet where he wants to hang his new diploma, but he's thinking the barn, where he spends the most of his time, and has other mementos, awards and photos hanging on the walls.

For now, he plans to have a party with his family to celebrate, and hopes his journey inspires others to go back and get their diplomas.

"It kind of completes a circle," he said. "And that's a circle I needed to complete."

"So I can have hindsight," he said.