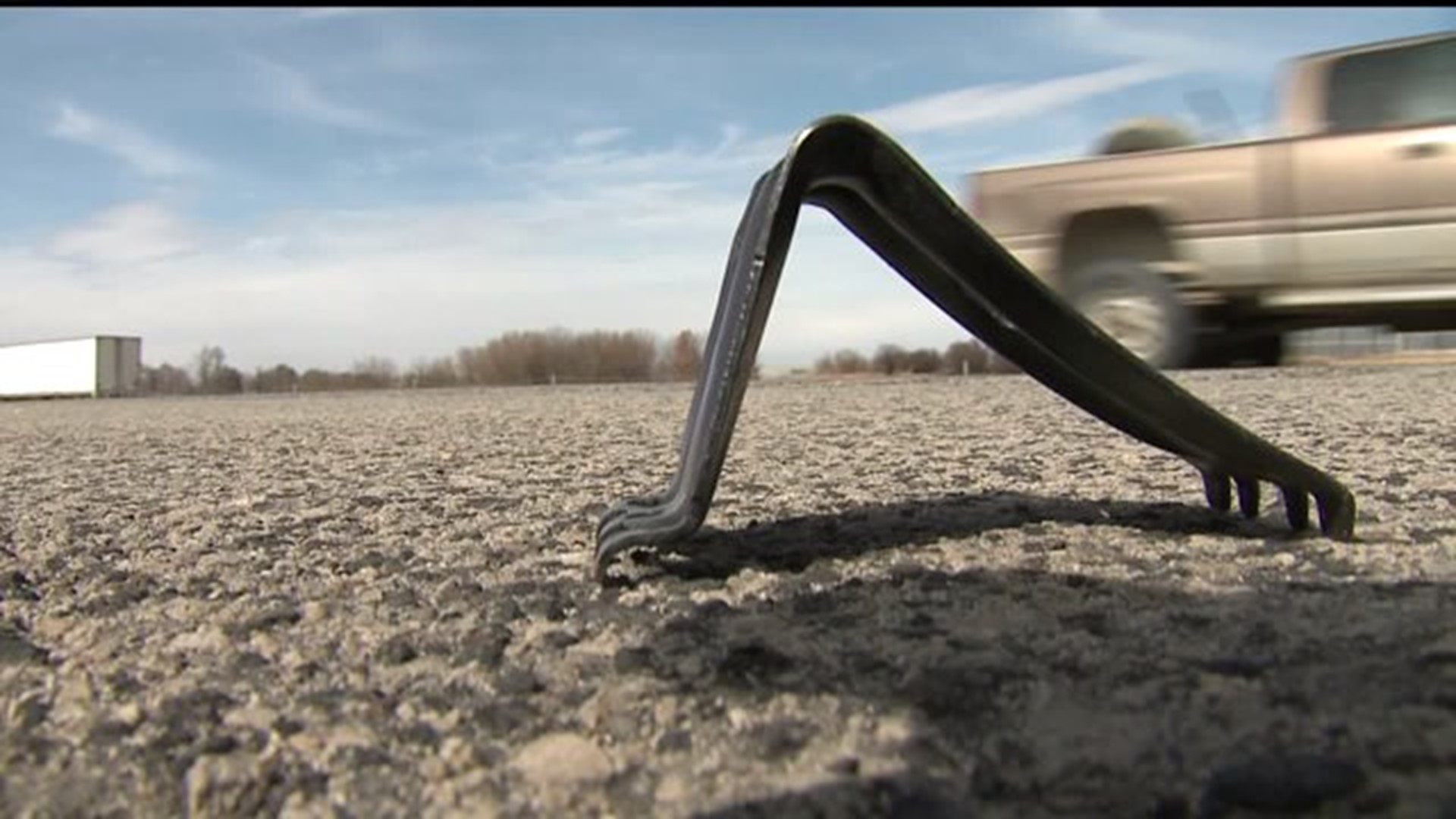 Drivers could avoid some of them by not following other vehicles too closely.

"Keeping a safe distance with the vehicle in front of you," suggested Aaron Rechichar, a driver from Davenport.  "If something like a blown tire would happen, you have the time to react."

"Those three seconds between vehicles just gives you a little more time to hit the brakes or react if something happens," said Trooper Dan Loussaert, Iowa State Patrol.

It's a tragedy that shows just how quickly something devastating can happen.

"The sooner you see this hazard, the better chance you have of not being involved in a crash or being hurt because of it," Trooper Loussaert said.

"I'm very cautious when I drive," added Sheree Jones, taking a break from her drive to Germantown, Wisconsin.  "I do look ahead for things in the road."

Trooper Loussaert also suggests staying in the right lane as much as possible.

"If you jerk the steering wheel too much, you're more likely to get hurt or lose control," he said.

With potential hazards scattered near the highway, drivers also need to be aware of things like loose mufflers.

"You don't want it to fall off in front of another vehicle, and all of a sudden somebody gets hurt," he said.

If you spot something hazardous on the road, it's okay to call 9-1-1.

Officers can remove it safer than trying to do it yourself.