A new museum exhibit from Des Moines traveled the state in January and stopped in Davenport for a week. 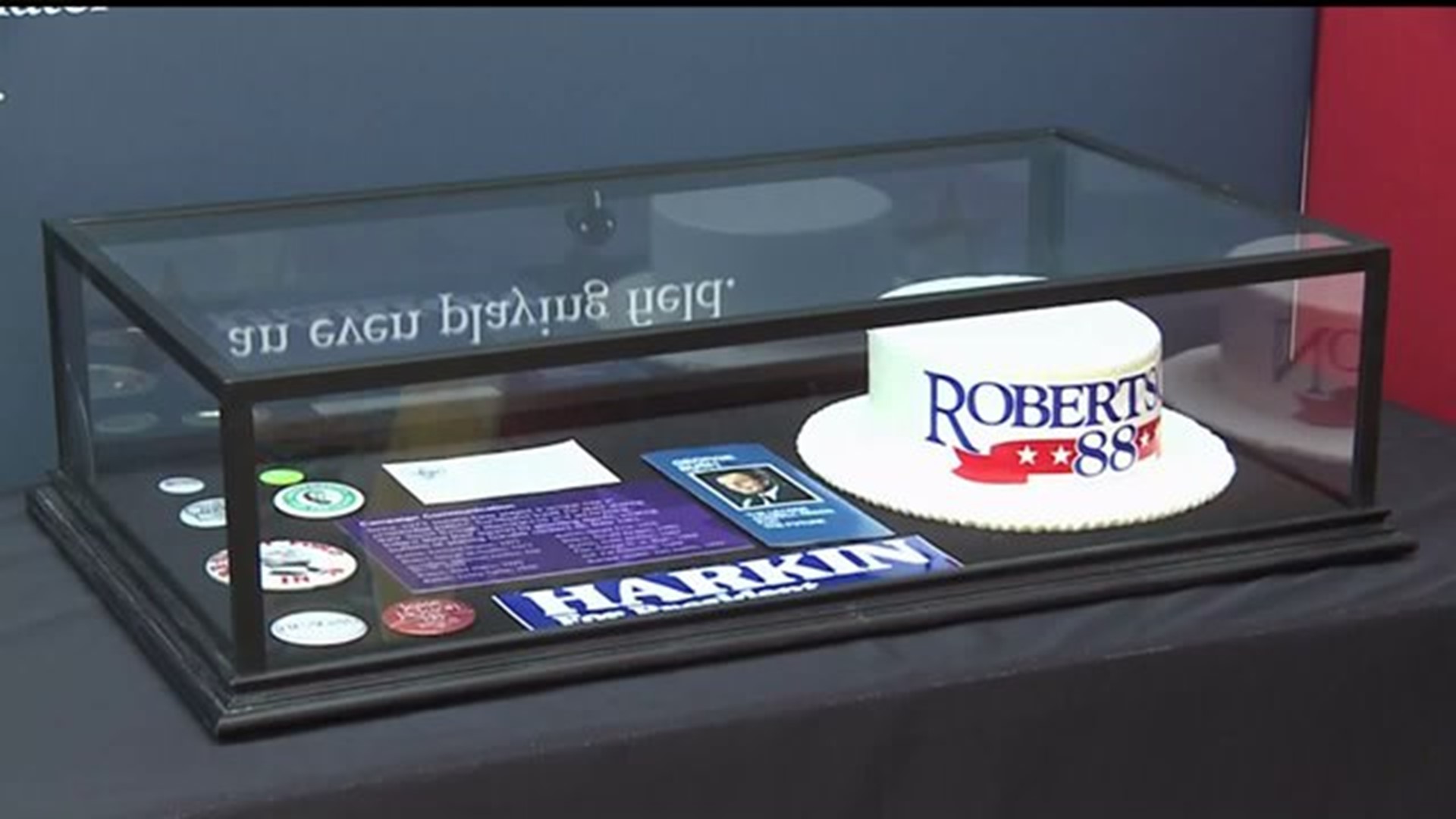 A new museum exhibit from Des Moines traveled the state in January and stopped in Davenport for a week.

The "First in the Nation" traveling display from the State Historical Museum was set up at the St. Ambrose University library from Monday, January 18 through Friday, January 22, 2016.

The display explores the history of the Iowa caucuses from 1972 to 2012, while engaging visitors with images and film clips from past caucuses as well as a selection of historical caucus artifacts from the State Historical Museum.

The display traces candidates' journeys from early visits to the state, to declaring a presidential bid and organizing an Iowa campaign, to caucus day and onward to the primaries.

It also explains the background and reasoning behind Iowa's first in the nation caucuses.