Traffic congestion is being reported where a portion of Interstate 74 and Interstate 280 runs together, east of the Quad City International Airpott. 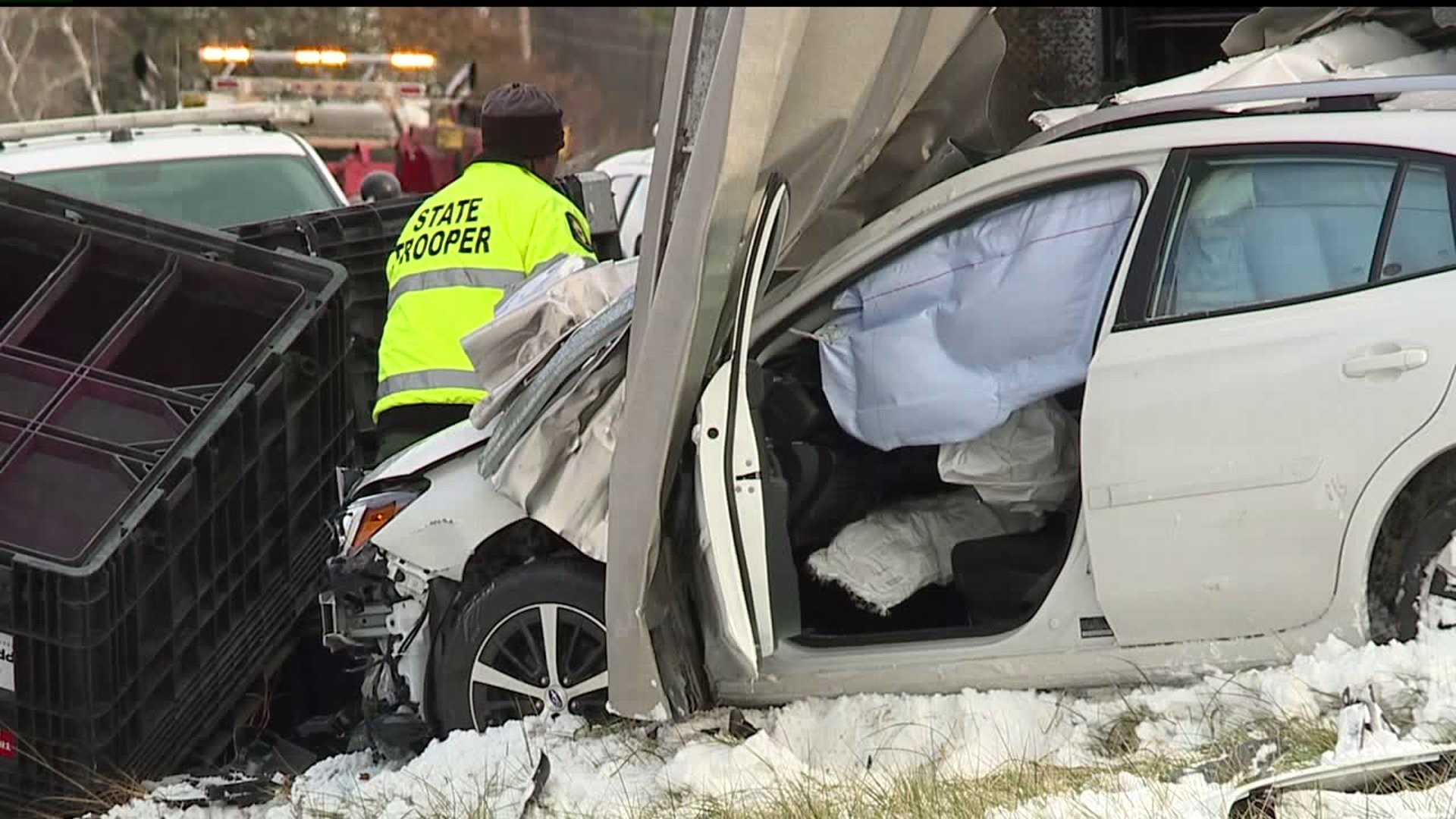 COAL VALLEY, Illinois -- Two semis and an SUV were involved in deadly a crash east of the Quad City International Airport where Interstate 74 and Interstate 280 run together.

Around 11:15 a.m. on Monday, November 11, a semi that was headed westbound near Mile Marker 8 lost control, went through the center median and rolled onto its side, according to a statement from the Illinois State Police.  The semi, down on its side, was blocking both the eastbound lanes.

Police said a second semi, unable to stop, crashed into the rolled-over semi.  An SUV that was also unable to stop wound up crashing into the first semi's trailer.

All drivers and passengers involved were transported from the scene.  One person was killed in the crash, a semi driver from Bennett, Iowa, 78-year-old Marlin R. Hillyer, according to the Rock Island County Coroner. Hillyer died after suffering multiple traumatic injuries.

A MedForce helicopter arrived around 11:35 a.m.  There was no word on how many people were involved.  The vehicles involved are still along the roadway and will stay there overnight.  Everything left behind has been marked with orange tape and cones so they are visible to drivers.

At about noon westbound traffic started moving again.  Around 5:30 p.m. one eastbound lane reopened to traffic.  The second was expected to open within another hour. 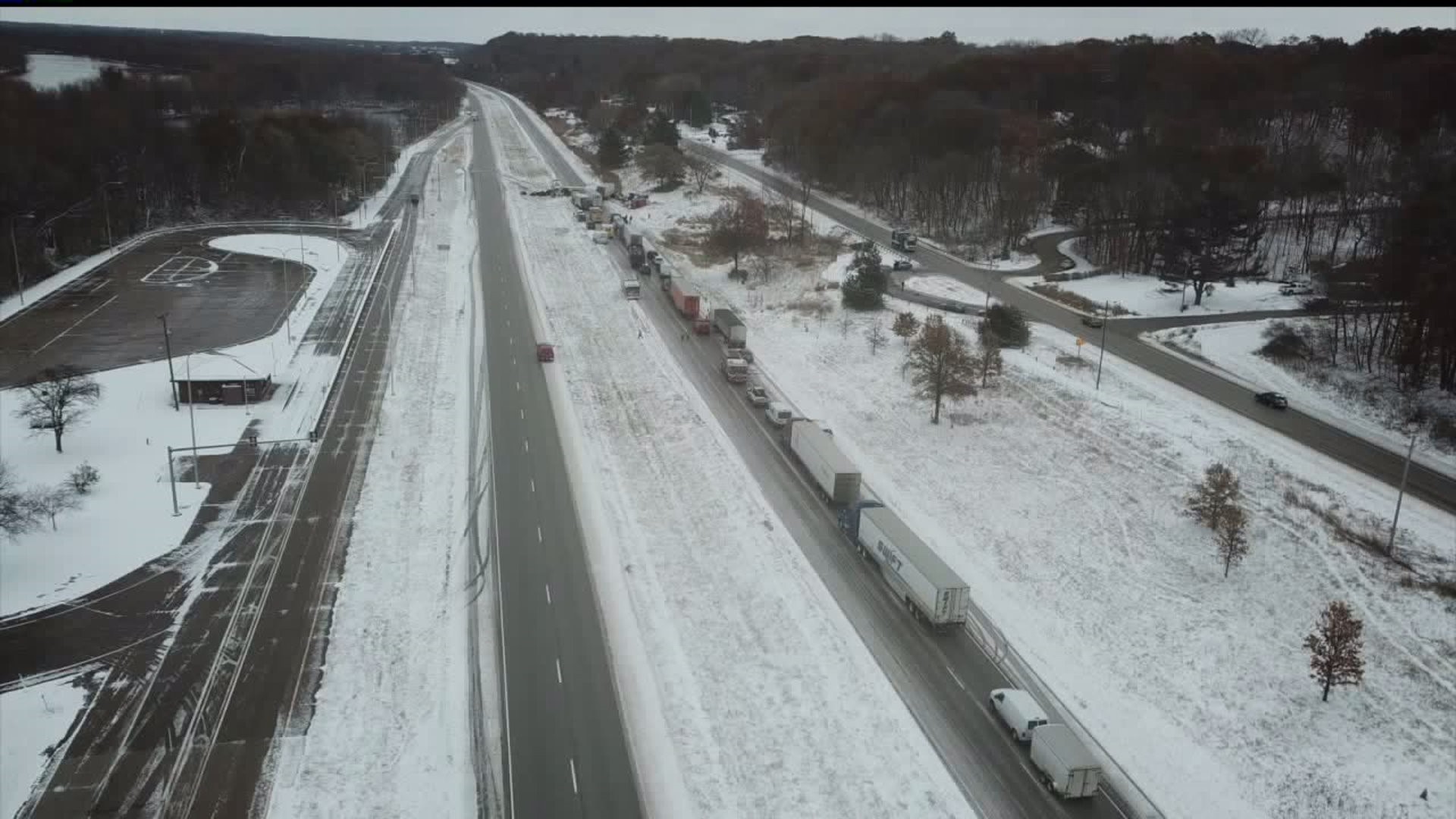