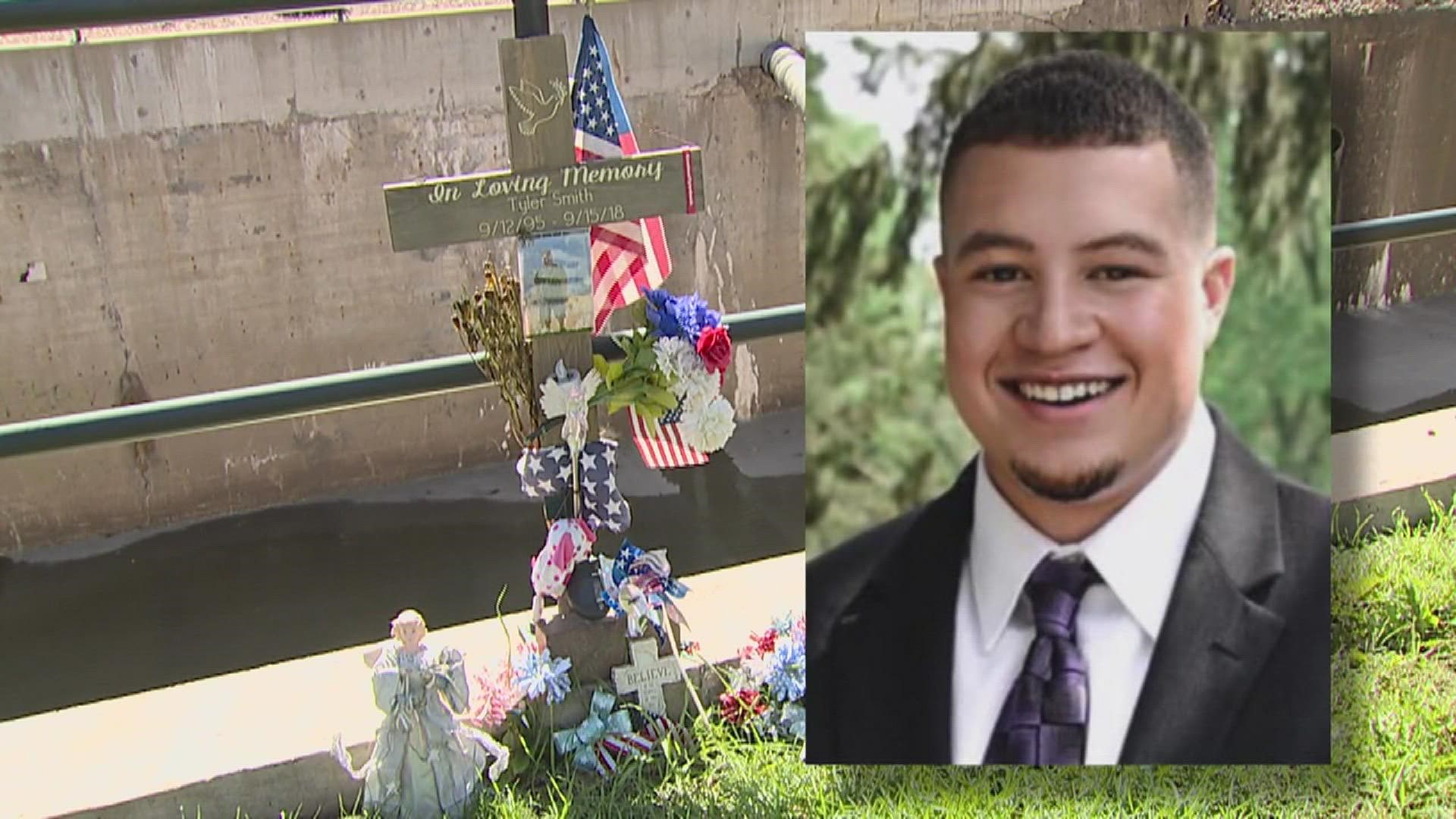 GALESBURG, Ill. — The following is a growing timeline of events since the death of Tyler Smith, a 23-year-old member of the Army National Guard.

A Western Illinois graduate from Rochelle, Smith was found dead in a drainage ditch in downtown Galesburg on September 15th, 2018.

According to police reports, Smith recently moved from Rochelle, Illinois to Concord, California, and was in Galesburg to fulfill his Army National Guard duties.

Galesburg Police Department concluded Smith had drowned with no foul play suspected, but his family requested a further investigation and autopsy.

People can visit the Justice For Tyler Smith Facebook page for additional news and updates.

September 14th, 2018 - According to a Galesburg Police report, Smith and a friend were at a local tavern. During this night, Smith was reportedly last scene at 11:30 p.m. leaving the bar alone on foot.

September 15th, 2018 - Galesburg Police reports Smith was found dead at the bottom of Cedar Fork, just east of Academy Street. This came several hours after a missing person report was filed when Smith failed to show up for National Guard training.

Cedar Fork is a concrete canal that runs northeast through Galesburg, parallel to the BNSF railroad tracks. GPD stated the cause of death as a drowning.

November 30th, 2018 - Galesburg Police Department creates a Facebook post, asking for information to assist in the investigation of Smith.

January 30th, 2019 - Tyler's parents, Sandra Halsne and Keith Smith, offer a $5,000 reward for the "arrest and conviction" of those involved in his death.

Galesburg Police stated it's unlikely an arrest will be made, reportedly saying Smith's drowning was not the result of foul play or any kind of assault.

According to The Register Mail, Sandra Halsne believes the opposite of the GPD reports:

"Sandra Halsne said part of what motivates her belief that her son met with some kind of foul play before drowning is based on a time frame established by Tyler Smith’s cellphone and surveillance footage from a business on the corner of Main and West Streets."

Wright, along with members of the network and Galesburg Police Department posted a Facebook Live, recreating the steps Smith took on the night his body was found.

She states Smith was last seen on video and heard from via text message at about 11:30 p.m. on September 14, 2018. Wright said herself and Smith's family went through credit card receipts and surveillance video from a Casey's General Store on Main and West Streets showed Smith walking past towards the direction of the canal.

October 4th, 2019 - Retired homicide officer Mitchell Drake stated GDP did not follow "established police practices" in the investigation, and he believes that Smith, "likely suffered a battery by person(s) not yet known that directly led to his death."

September 14, 2020 - Nearly one year after requesting assistance and 729 days since Smith's body was found, the Illinois State Police Department of Criminal Investigations announced that it had become involved in the investigation.

The investigation for Smith's death continues, and the family has posted a $100,000 reward fund for any new information.