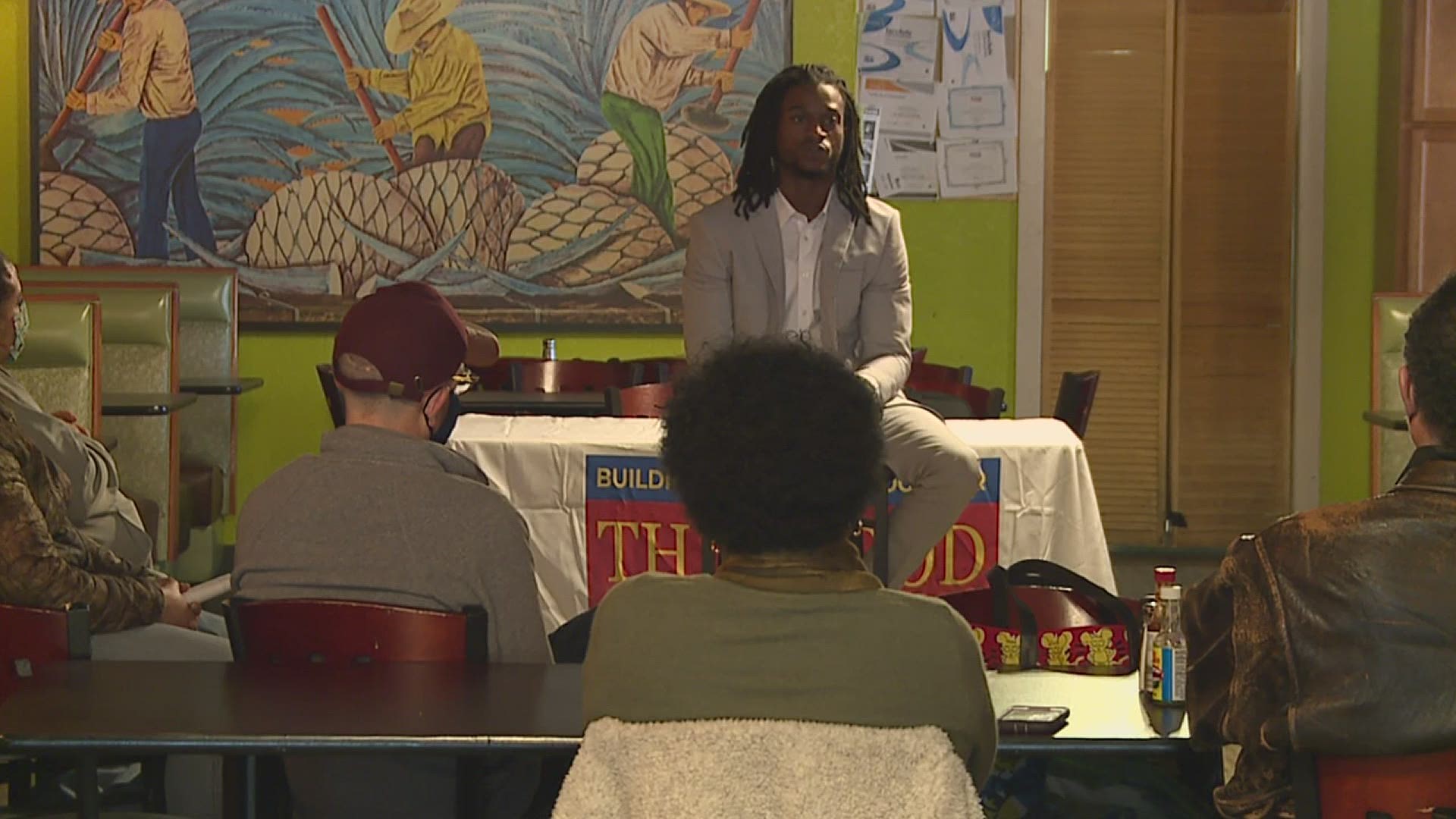 ROCK ISLAND, Ill. — Sitting front and center, Thurgood Brooks was ready to engage with his community as he runs for mayor of Rock Island.

"I don't think Rock Islanders have felt they have been included in the decisions that are important behind the city of Rock Island," Brooks said.

Brooks talked about his platform, which includes a green economy and affordable housing.

"What we need to do to be successful in obtaining those objectives comes down to including our residents, and being transparent, kinda what we're doing with our city dealings," Brooks said. "And that's what I'm about. And one step further, you gotta follow through."

Brooks then quickly turned his focus to concerns brought by community members.

"If we could bring kids down here to have something to go on with them, even like a little kid festival for them that would be great, to have them be involved in their community and be proud of where they live," Lackey said.

"Seems like he'll stay on what our concerns are until those concerns are met or cant be met and in either case we'll know why," said Ethan Sparkman.

Brooks sat front and center, with his plan for Rock Island's future.