The prison's staff union has been pushing for the bonus since August 2020, to curb high turnover rates and staff shortages. 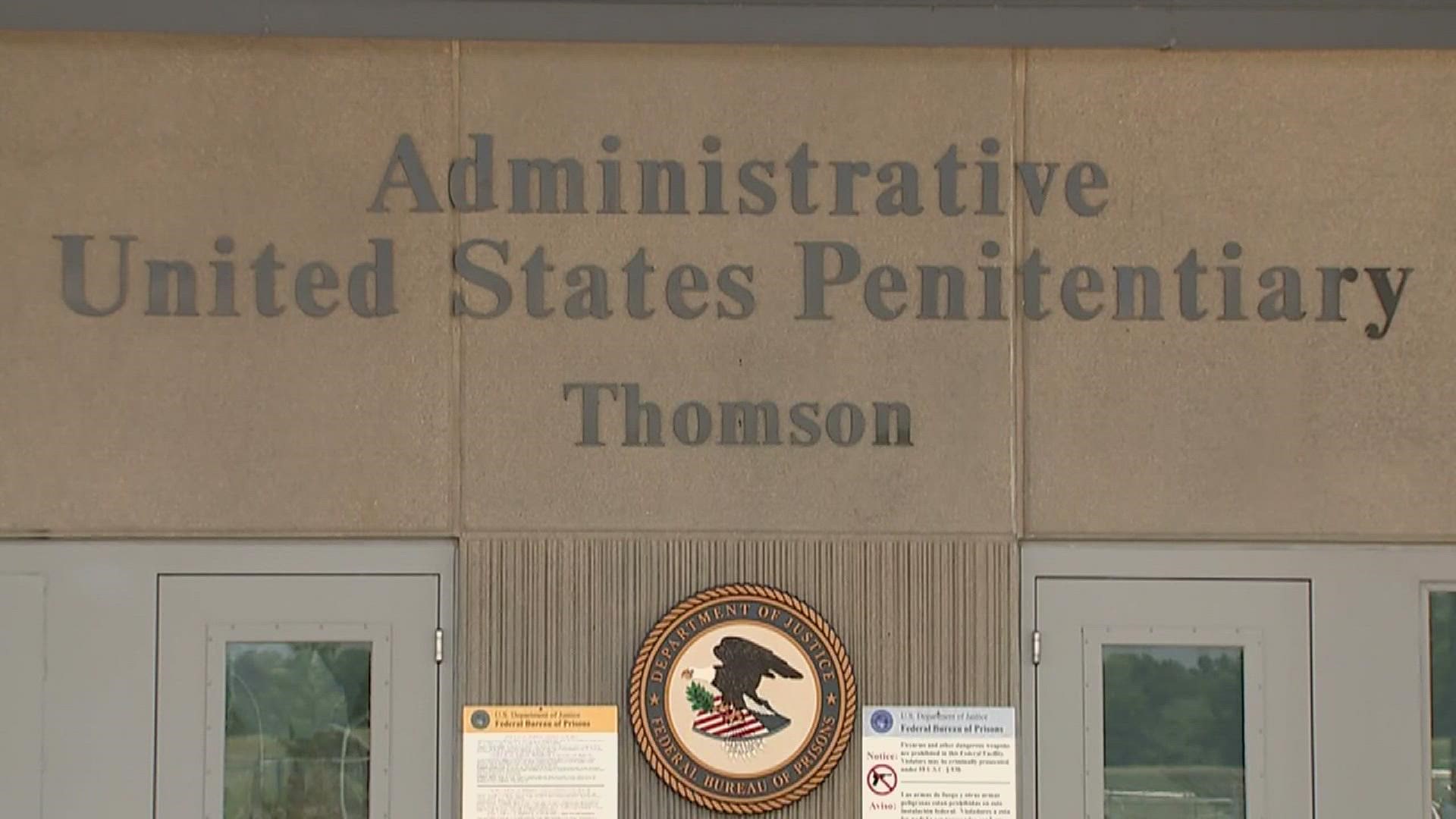 THOMSON, Ill. — Staff at the United States Penitentiary in Thomson, Illinois, will soon receive 25% retention bonuses after a year of employment. It's a move the prison's union has been fighting for since August 2020, and one that union members argue will turn around the prison's staffing and turnover issues.

The bonuses are expected to begin sometime in the next month with eligible staff seeing a 25% bonus on each paycheck.

This comes in addition to a new 25% recruitment bonus, as well as new direct hiring authority.

All three issues were pushed for by the union, along with Illinois Senators Dick Durbin and Tammy Duckworth, as well as Illinois Representative Cheri Bustos.

"We've been struggling for two years," Jon Zumkehr, president of AFGE 4070, the staff's union said. "This is a big win today."

For years, Thomson has struggled with staffing issues and high turnover.

Reportedly one of the most understaffed federal prisons in the country, the average career at the facility is around 18 months.

The union had been lobbying the Federal Bureau of Prisons for the retention bonus, saying that even after monthly job fairs and aggressive recruitment tactics, staffing problems were not improving.

News 8 reported several months ago when nurses, counselors, psychologists and other employees were being made to work as correctional officers, due to the lack of staff.

Union employees also noted high amounts of mandated overtime. On Saturdays, an average of 24 mandated shifts would be required, with 17 more mandates on Sundays.

According to the union, a lack of housing and childcare around the Thomson area is making it even harder to gain and keep staff.

Zumkehr says when he heard the news, he was filled with relief. He worried that without the retention incentive, the prison union could continue to bring on more staff, only to continue losing them.

"We fought so long and hard for this. To finally say that we're actually moving in the right direction to fix our problems - we feel that this is a good step. And this will help close the gap," he said.

He explained that in such a dangerous job, having large amounts of unexperienced staff created an even more alarming situation.

"These are really tough jobs, and you can't just have a status quo solution," Rep. Cheri Bustos said. "You need to figure out what's the problem, and then what's the solution to the problem. We hope that this will help them fill the positions. We hope this will also help retain the employees whoa re already there."

Thomson's next job fair is scheduled for Friday, Sept. 24.