The prison union has been asking for a retention bonus, to help with debilitating staffing issues. Now, Bustos says that help is closer than ever. 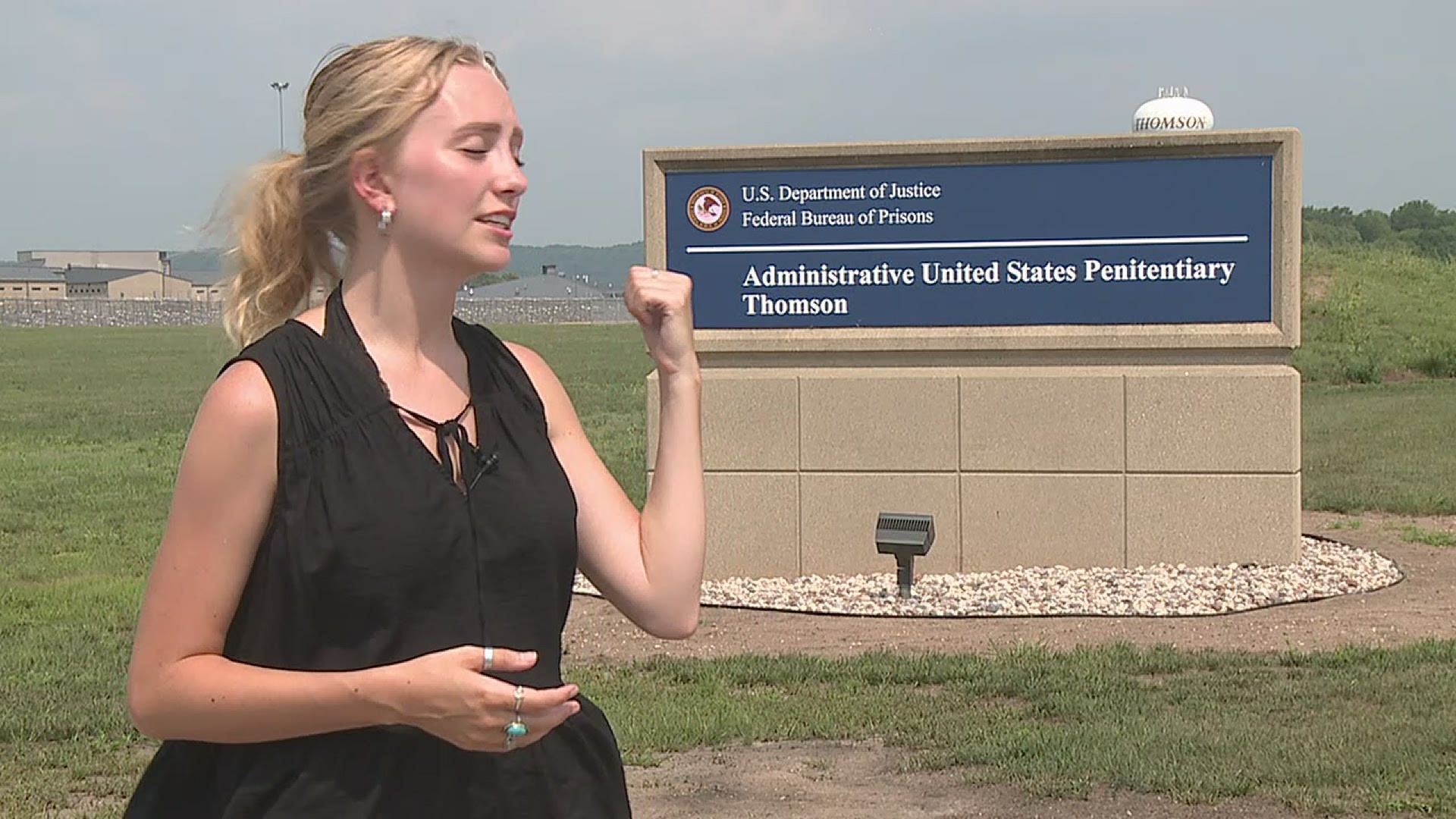 The prison is regarded as one of the most understaffed federal prisons in the country. As of July 23, USP Thomson had 118 job openings. We reported a few months ago that things had gotten so bad, other staff members - including nurses and phycologists - had been forced to work as guards.

Now, the prison says that problem has been momentarily helped.

"The population's been decreasing pretty much over the last four to five months," said Zumkehr. "In one of our units they put a cap of 275 inmates. Before it was around 400, so with 125 less, we're able to save some staff on that part."

He said the caps have allowed USP Thomson to close down an entire unit, taking a load off of employees. But, he says, it's not the end-all-be-all.

"That's just a temporary solution. The long term is retaining our staff," he said.

For that, the prison's staff union says nothing will get better until at least two key issues are fixed.

"Our focus is on a 25% retention bonus and direct hiring power, because both of those together will help fix the unit issues here," said Jon Zumkehr, president of AFGE 4070, the staff's union.

Zumkehr notes that offering competitive wages aren't enough to attract and keep employees at USP Thomson. A lack of childcare in the area - especially in Thomson, Illinois, a town of only 600 people - makes it difficult for some individuals to maintain the job.

"We have a lot of single parents working at Thomson," he said. "Childcare is an issue, especially with Covid. During the bad outbreaks, people working the second and third shifts just couldn't find someone to watch their child. It all factors in together."

Bustos agreed, saying more needed to be done on the housing front as well.

She tied most of those issues back to President Biden's Build Back Better plan.

"Under that plan, which we are debating about right now, there are incentives to do all of that," said Bustos.

But one area that she said might get some immediate traction is in the retention bonus.

One of USP Thomson's biggest issues is its inability to keep staff for longer than the average 18 months. Although the prison has hired 67 people so far in 2021, Zumkehr says workers are leaving quicker than more can be hired.

USP Thomson has been hosting monthly job fairs, and has maintained an aggressive outreach campaign, desperate for more employees. But the turnout at Friday's job fair was, characteristically, low, with only 13 people showing up all day.

"On average it'll be about anywhere from 8 to 12 people at the job fairs," said Zumkehr.

There's already a 25% hiring bonus at USP Thomson. But Bustos, Zumkehr and the union have also been pushing for a 25% retention bonus for the past 18 months.

"So those who are here day in and day out get that bonus," said Bustos. "That will add a little more money in people's pockets - if you're getting hired and then again if you already work here."

Not only should it help keep workers, but with so many similar industries also searching for employees, as well as a new Amazon center set to move into the Quad Cities (bringing 1,000 job opportunities with it), Bustos is confident that the bonus makes USP Thomson more competitive, in a difficult labor market.

"We're going to have a lot of new job opportunities in our area and that's a good thing," she said. "But here, it's more than just that base pay when you start work. These are wages that can support your family; the benefits are really good; and the responsibility is something that you can be proud of, by keeping your community safe."

The major block in getting the bonus instated has been the Federal Bureau of Prisons itself (FBP), which has failed to put in the necessary request forms to the government's Office of Personnel Management (OPM). AFGE 4070 says they've been asking for the request for 18 months.

Bustos says there is a willingness for the bonus from USP Thomson, the union, Illinois legislators and OPM itself to put this through. Until now, it's been the FBP holding things up.

But on July 23, there was news that the FBP could have an answer for USP Thomson by next week.

"We're hopeful," said Zumkehr. "OPM will look at the request and I know Senator Durbin and Representative Bustos have already been working with them. We're hopeful that progress is being made... but we're not there yet. We need to cross the finish line."