THIS WEEK: Will the growing Latino vote show up? 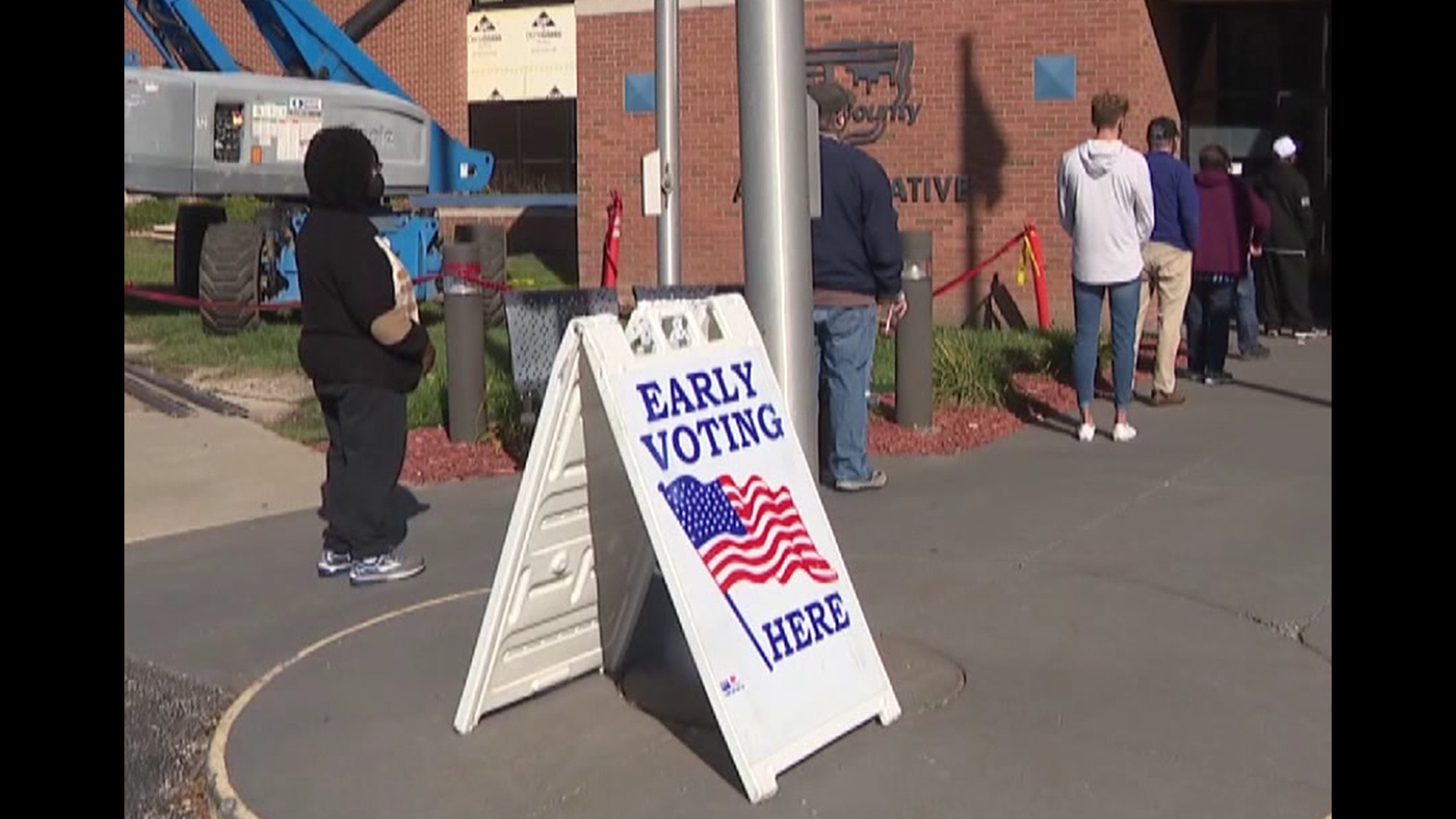 MOLINE, Ill — The days leading up to the November 3 election will be a daily frenzy of "Get Out the Vote" efforts throughout Illinois and Iowa.

And with their growing influence, minority populations will be a big focal point.

"We were being told last December in D.C. to anticipate a higher early voting population this year because it was going to be a very engaged election," said Scott County Auditor Roxanne Moritz after early voting centers opened in early October in Iowa.

But the Hispanic turnout is the lowest among the four biggest groups of voters (whites, blacks, Hispanics, and Asians).

"Many individuals in the Latino community may feel intimidated by the election process," said Moline LULAC Council Daisy Moran.

"This may be their first time voting, so they are barely starting heir education on how to research or the people on the ballot, how to research early voting and how to make sure their vote is secure."

Listen to our entire interview with Daisy Moran on "The Cities" podcast by clicking here.

Pew Research looked into the growth of minority voters over the past 20 years.

It found the greatest growth is among Hispanic voters.  There's been a 39% increase since 200).  That's more than 15-million new Hispanic voters in just 18 years.

Compare that to just under seven million new Black voters over the same period.

But don't stereotype the minority voter.

"I say it's no different from what anyone else wants," the president of the Des Moines NAACP, Kameron Middlebrooks, said when we interviewed him before the Iowa Caucuses.

But the racial makeup of Midwest voters is leaving an impact in Iowa and especially in Illinois.

That means 12% of the Illinois electorate is Hispanic.

"Both parties have not given the proper attention to the Latino community," said Moran

"So it's important that organizations such as LULAC have that mobilizing our communities to ensure that everyone is at the polls because each vote needs to be heard."