THIS WEEK: Building toward another I-74 bridge milestone 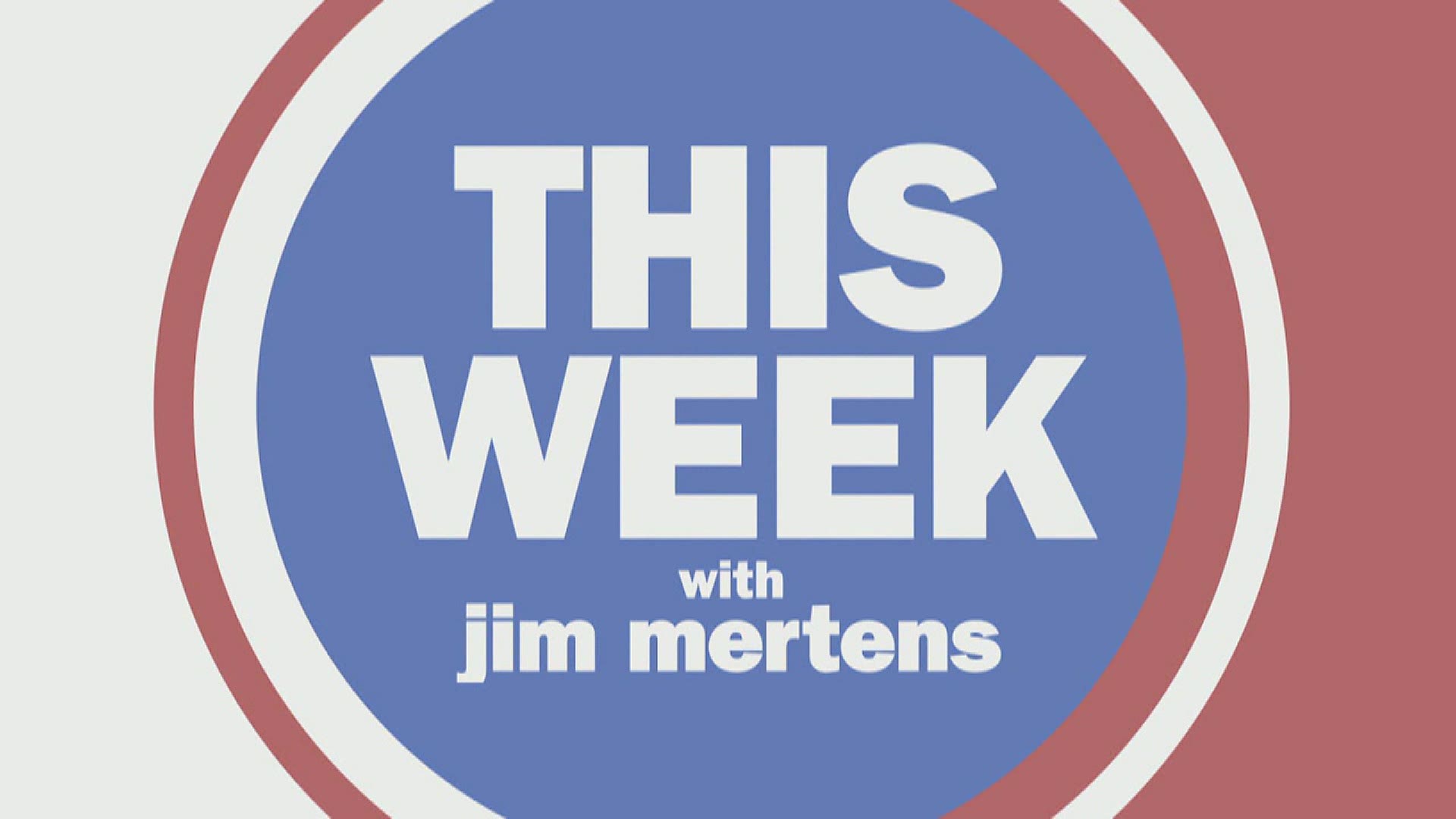 A summer of construction has moved the $1.2 billion Interstate 74 bridge project closer to a new milestone.

The project manager says traffic could be moving on the new Iowa-bound span by the end of this year, with the older portion of the Interstate 74 bridge to be fully closed in the spring of 2021.

"There's a lot of work going on with the Iowa bound structure so we can get traffic on that," said Interstate 74 Corridor project manager George Ryan during "News 8 This Week with Jim Mertens".

"We're confident we can get that by the end of the year."

Listen to the entire interview with project manager George Ryan on "THE CITIES" podcast at wqad.com.

It's been a summer of accomplishments at the Quad City's largest construction project.

Since the keystone was laid in May a web of 48 steel rods have been attached with more than two thousand bolts to the Iowa bound bridge.

The concrete deck for traffic lanes have been poured on top of 600,000 pounds of steel.

And pieces of the Illinois bound arch are now being put in place.

Building one bridge right next to the other has its own issues.

"It's a little different from the last one," said Ryan when comparing the west bound span (Iowa-bound) with the east bound structure.

"There were a lot of lessons learned on the westbound side and we've seen quicker construction so far on some of the eastbound side.  I think that will continue."

Ryan says once Illinois traffic can be re-routed on the new four lane Iowa bridge early next year, work can begin on dismantling the old bridge and added land-based construction on Moline on and off ramps and approaches can be finished.

Below the bridge, Bettendorf, like Moline, is preparing for big changes too.

A new study indicates downtown Bettendorf could see more than 350 market rate apartments pop up in the near future.

This as much of the infrastructure construction in Bettendorf is finished.

"And now we get to start adding the flavor of it, if you will, with the beautification efforts and the urban park and the walkability and the traffic calming efforts to make downtown Bettendorf a destination instead of just a simple drive through," said Ryan Jantzi, executive director of the Downtown Bettendorf Organization.

Part of that destination upon the completion of the bridge will be an elevator that can used for pedestrians and cyclists, further linking Iowa with Illinois and Bettendorf with Moline.

Listen to the entire interview with Downtown Bettendorf Organization executive director Brian Jantzi on "THE CITIES" podcast at wqad.com.

A completion date for the Interstate 74 corridor project, which includes the road and bridgework on Bettendorf's Middle Road interchange to south of Moline's venue of the Cities is expected in 2022.

You can watch "News 8 This Week with Jim Mertens" every Sunday morning at 10 on WQAD News 8.