THIS WEEK: Failing to contain COVID-19 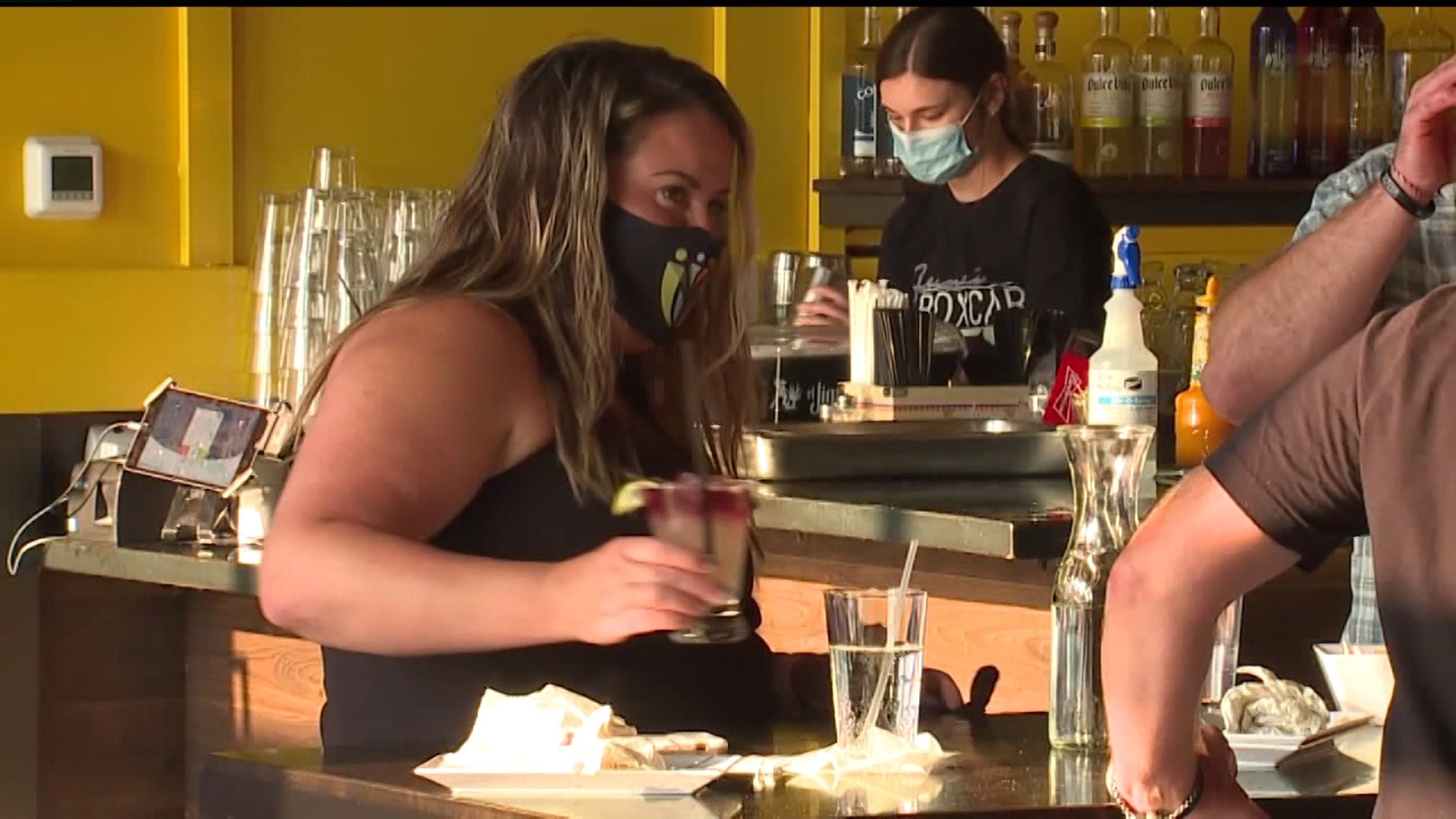 ROCK ISLAND, Illinois — It's a pandemic that is not going away... and in some cases it's getting worse.

There are more than 2100 COVID-19 positive cases in both Rock Island County and Scott County.

"Rock Island County's positivity rate has been hovering right below that 8%, which would put us in that warning status."

That warning status is what drove Illinois to put 30 counties on alert.  It includes Henry, Bureau, Warren, Carroll, Jo Daviess, Henderson and 24 other counties due to increasing COVID numbers in key categories.

But not Rock Island county.

"We have been bracing for that for almost three weeks but we have been hovering just below the threshold to move into the warning status," said Hill.

Are kids better able to handle COVID-19?  Janet Hill talks about that on the News 8 THIS WEEK EXTRA posted on Facebook at WQAD Jim Mertens.

It has also forced Illinois to add new restrictions around the Chicago and St. Louis areas, forcing Illinois to call for wearing face masks while going to restaurants and bars there, even if you're sitting outside.

"But in order for business to continue doing business we cannot continue to do business as usual," said Dr. Ngozi Ezike, director of Illinois Public Health.

In Iowa, the state saw a big spike in cases in a reporting system that has been inconsistent over the past few weeks.

Gov. Kim Reynolds ordered new restrictions in several counties that are home to colleges and universities.

For Rock Island County, the average age of infection is dropping, with more people in their 20's and 30's being diagnosed as positive cases.

"We are seeing people who are just getting sick of this and are not taking the precautions they did at the beginning and the virus is just not  going anywhere anytime soon.," said Hill.

So public health leaders are stressing the need for people to go back to the basics: wearing face masks, avoiding crowds, and washing your hands.

"To the people who say face coverings do not work, you're simply wrong," said Dr. Ezike.

"It doesn't matter what video you saw on the internet or the fake headline you read, please know that face coverings do save lives.  But they must be used in conjunction with social distancing and hand washing."

The Tyson Food plant in Joslin has flattened the curve after being the location of a spike in cases in March and April.

Hill says long term care facilities have had outbreaks but no spikes in cases.

And schools have just opened but have shown no major increase in cases.

In Illinois. Governor J.B. Pritzker lauded advances in testing and the hope for a vaccine.

"I think we all have some optimism that by next year we will have those available to us, perhaps we can do away with masks altogether," he said.

"But in the meantime: masks, social distance, wash your hands.  These are some basic, easy things, that everybody ought to be doing."

You can watch "News 8 THIS WEEK with Jim Mertens" on Sunday mornings at 10 on WQAD News 8.