THIS WEEK: The rush for a vaccine

What safeguards are in place before a COVID vaccine gets shot into your arm? 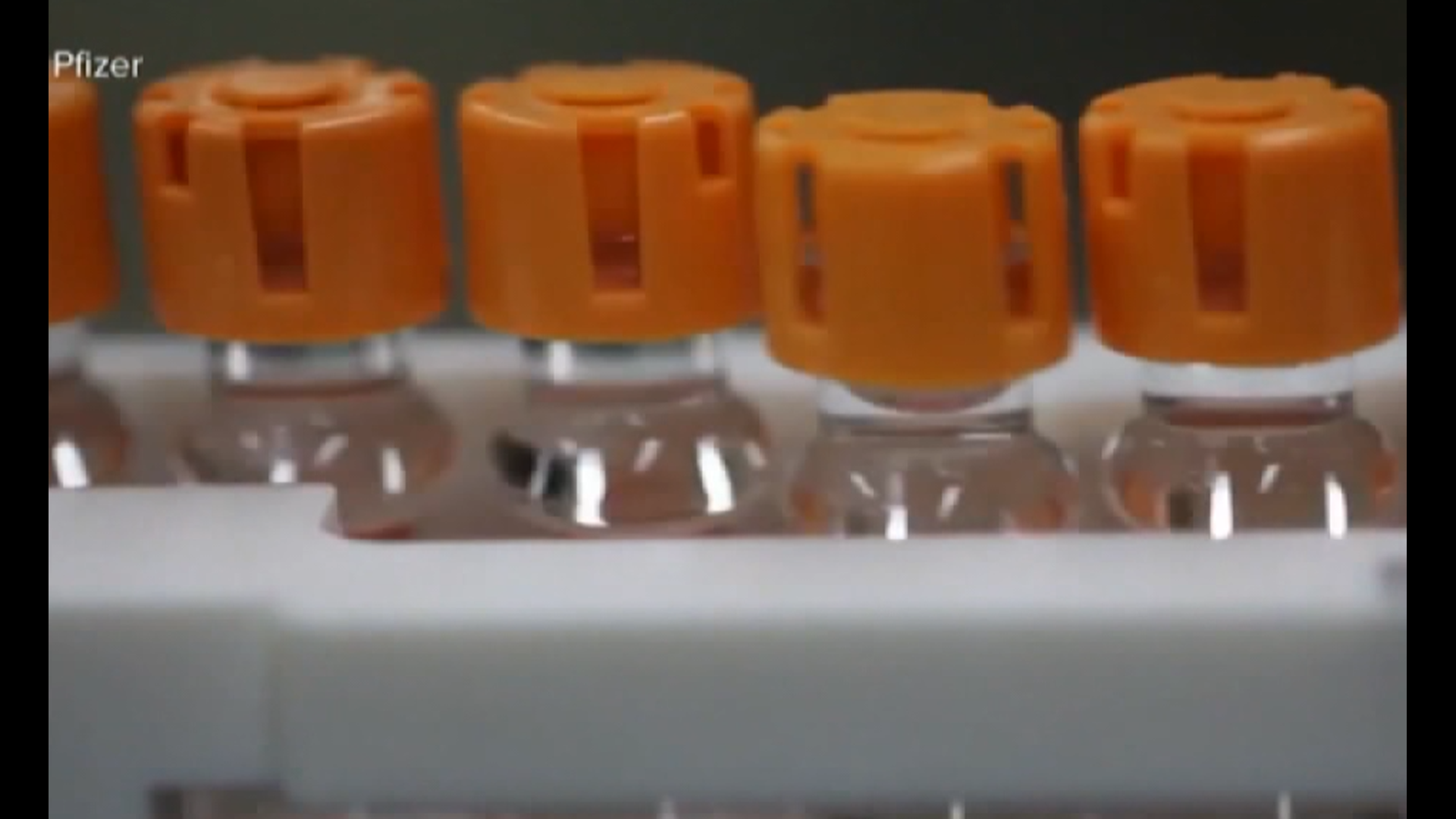 DAVENPORT, Iowa — It might be seen as one of the greatest coordinated medical efforts ever.

"I am very impressed with the speed and very confident that the process has not been short cut in any way, shape or form," said Dr. Louis Katz, infectious disease expert and medical director of the Scott County Health Department.

In just ten months from the start of the pandemic, there are now two COVID-19 vaccines poised to be mass produced and distributed far and wide.

One is from Pfizer, and the other from Moderna.

Both have more than a 90 percent efficacy rate.

Both use what's called Messenger RNA... where the virus' genetic code is injected into the body so it can instruct cells on what antibodies to produce.

Who'll Get the Vaccine?

The Pfizer vaccine is already being sent to states ahead of expected FDA emergency use authorization. the number of vaccines sent depends on population.

Iowa is already scheduling when the vaccines could go to the highest priority candidates.

It starts with 26,000 doses of the Pfizer vaccine around December 13.

"The week of December 20th we anticipate another 31 doses of the Pfizer vaccine and pending it's approval our first shipment of 54,000 doses of the Moderna vaccine," said Iowa Gov. Kim Reynolds.

"The week of December 27th, another 95,000 doses of the Pfizer vaccine and 77 doses of the Moderna vaccine are anticipated to arrive in Iowa."

Illinois is preparing to receive more than 100,000 COVID-19 vaccine doses in December.

But only hospital workers in the 50 counties with the highest death rates per capita will be able to receive the vaccine.

After health-care workers, first responders, people in long-term care facilities and their caregivers get vaccinated then it's essential workers..

"It's going to take many months to roll out enough vaccines to immunize everyone who should be immunized and will be immunized," said Dr. Katz.

That's if people go for it

About two in every five U.S. adults surveyed by the Pew Research Center in November said they would definitely or probably not take a COVID-19 vaccine citing concerns over safety.

But while these vaccines came to market fast, doctors say they are safe.

The vaccines must go through all the independent safety steps a normal vaccine would go through..to get that emergency use authorization by the FDA.

There have been no serious adverse events reported, like a heart attack or paralysis.

But there have been normal side effects you could expect with most vaccines.

"We have multiple systems in place to monitor safety after introduction and I will point out that serious adverse affects are very, very uncommon at intervals longer than a few weeks after immunization," said Dr. Katz.

Dr. Katz says the vaccines could have a two pronged benefit: they'll help protect the most vulnerable in our society, the elderly and those with health problems, and they may also stop healthier people from infecting others.

"Certainly keeping you, a healthy person, from getting sick is important but we're also very hopeful it will also prevent you, if you become infected, from transmitting," he said.