THIS WEEK: Are they really ready to open schools? 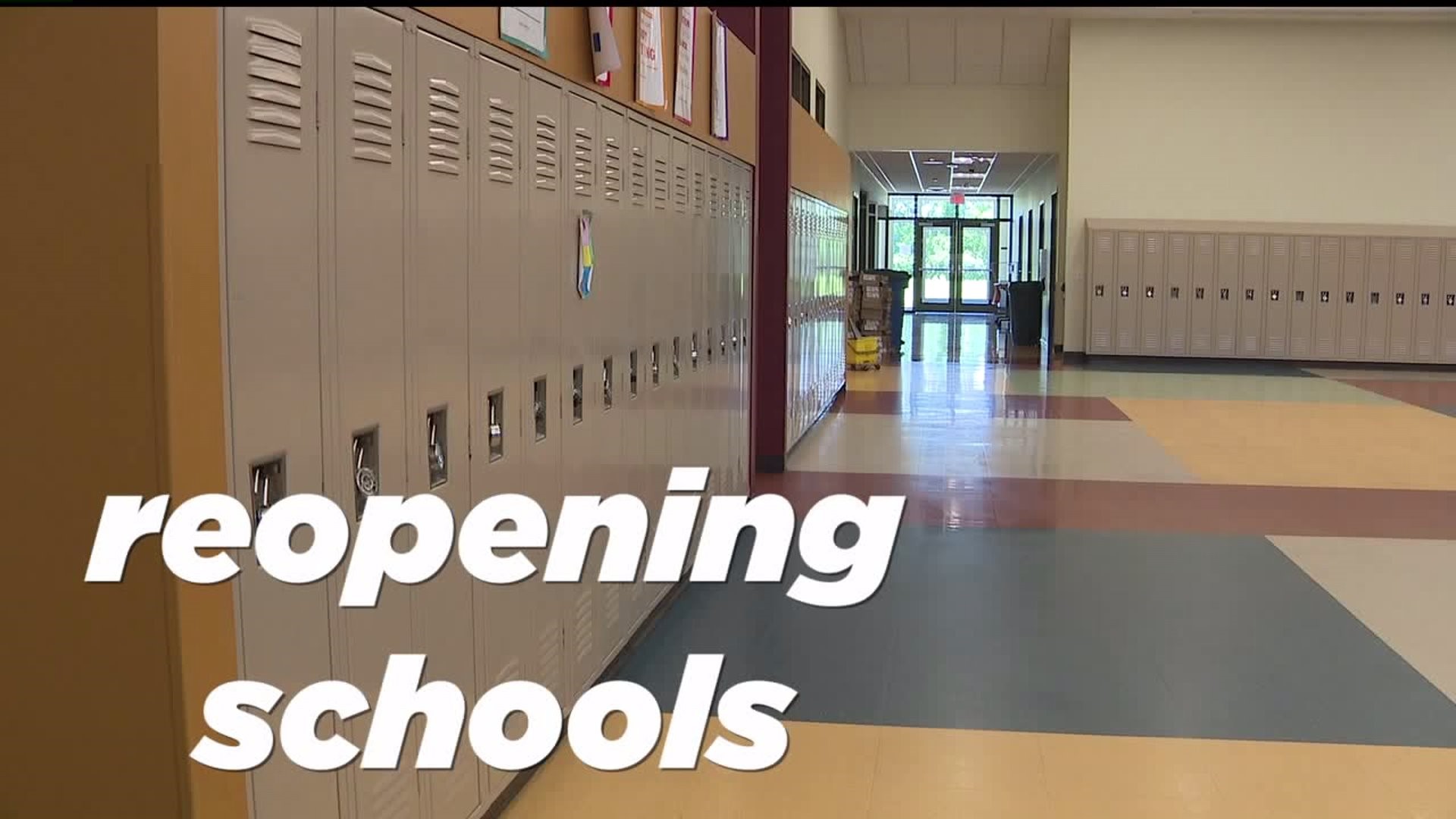 ROCK ISLAND, Ill. — Illinois is getting ready to open up its schools again later this Summer.

"The benefits of in-person learning cannot be overstated," said Illinois Gov. J.B. Pritzker while announcing the reopening of in-school learning for the coming school year.

There's something else that can't be overstated either: the health of students, staff, and entire families.

His school district will be the first to reopen: the first day of classes is August 3.

"We know we're one of the first to open in the area but we've been working diligently to come up with a plan."

What's being done to prepare for an uncertain 2020-2021 school year?  See more from Dr. Reginald Lawrence on a News 8 THIS WEEK Extra on Facebook at WQAD Jim Mertens.

"The mask issue, according to our survey results, that was one that parents are really concerned about," said Silvis Schools superintendent Terri Vandewielde.

The planning in Silvis and around the state has been going on for weeks, if not months.

There will be limits on classroom sizes, constant cleaning of the building, and the use of masks by staff and students.

"If we can find time during the day when students are 6 feet apart and they don't have to have a mask on during the entire school day- that would be the ideal," she added.

But that's just inside the building.

What about getting to school in the first place?

"The ability of kids to get to school in the morning is another challenge potentially because of the number of kids that can get into a school bus at one time," admitted Gov. Pritzker.

Rock Island-Milan says it plans to have a blend of of in-school and remote learning opportunities.

"The blended model is the only one that a number of  school districts use across the state, across the United States, so that's definitely one we're giving high attention to.," said Dr. Lawrence.

Gov. Pritzker says Illinois is trying to be as flexible as possible.

"There will be cases where kids are taking classes or a portion of courses from home on certain days, and at school on other days," said Gov. Pritzker.

It is urging districts to work with local health departments to come up with reopening plans.

"School districts need flexibility to make decisions based upon the sometimes rapidly changing condition in their communities," said Tom Bertrand, the executive director of the Illinois Association of School Boards.

In other words, schools could be shut down again, remote learning may need to return to some schools, and districts will need to rethink the entire school day.

Watch "News 8 THIS WEEK with Jim Mertens" Sunday mornings at 10 on WQAD.