Myah Ackerland is a long time customer turned barista, and wants the café to remain a place for the community to enjoy. 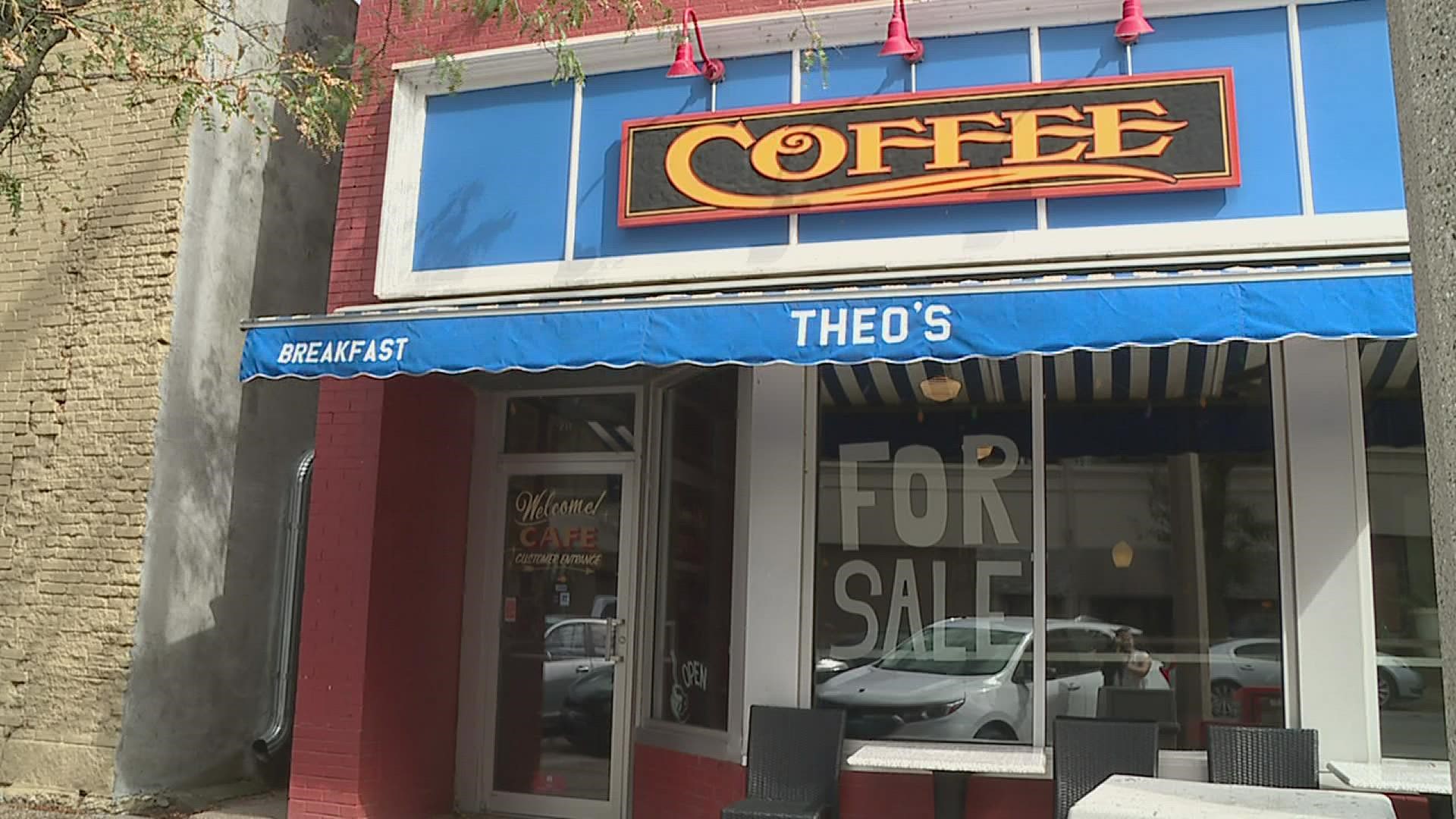 Owner Theo Grevas announced in July he was retiring from the coffee business to spend more time with family, and said he planned to sell the 17th Street café.

Myah Ackerland, a barista at Theo's, is one of the people trying to buy it. The 22-year-old has been a customer for the last ten years. She would often come during high school and college to do homework. After spending so much of her free time there, Grevas sought her out and offered her a job earlier this year.

She remembers when Grevas told her Theo's was closing.

"Theo was like, 'Hey, do you have a minute?' And we sat in a booth," Ackerland said. "He told me and I'm already crying sitting in this booth. And I was like, great, I have a list of questions."

Ackerland said the coffee shop has a lot of emotions tied up in it for her.

"I came with one of my best friends who passed away in high school. And after his celebration of life, we actually all came here and like a celebratory thing," she said. "When I got my license when I was 18, this was the first place I came and we all celebrated. And the parking situation here is super scary, so they all helped me back out and get out safely."

"Just how my financials look, it's not feasible for me to buy the buildings themselves," Ackerland said. "I don't want to put pressure on anyone who I've been talking to at all, so hopefully, hopefully we do it. ... (The last day) is coming up. It's really scary."

She had big plans for the coffee shop. She said she wants to bring back open mic nights and has other ideas to host movie or game nights and feature art from local artists.

"(It's) all my thoughts," Ackerland said. "People are like, 'you look stressed.' It's the stress."

If she's able to buy, she wants to keep the current baristas. Ackerland described the employees and customers as her "found family." The name would stay similar too, "The Java Club."

Ackerland set up a GoFundMe and said she's even had discussions with Mayor Mike Thoms and has received two letters of support from the city.

"People come in and see me they're like, 'We're really rooting for you. We're praying for you,'" she said. "It's been really overwhelming in a good way."