When he’s at Deere Run, Marshal Captain Bob Akaki’s address might as well be “Hole 11.” 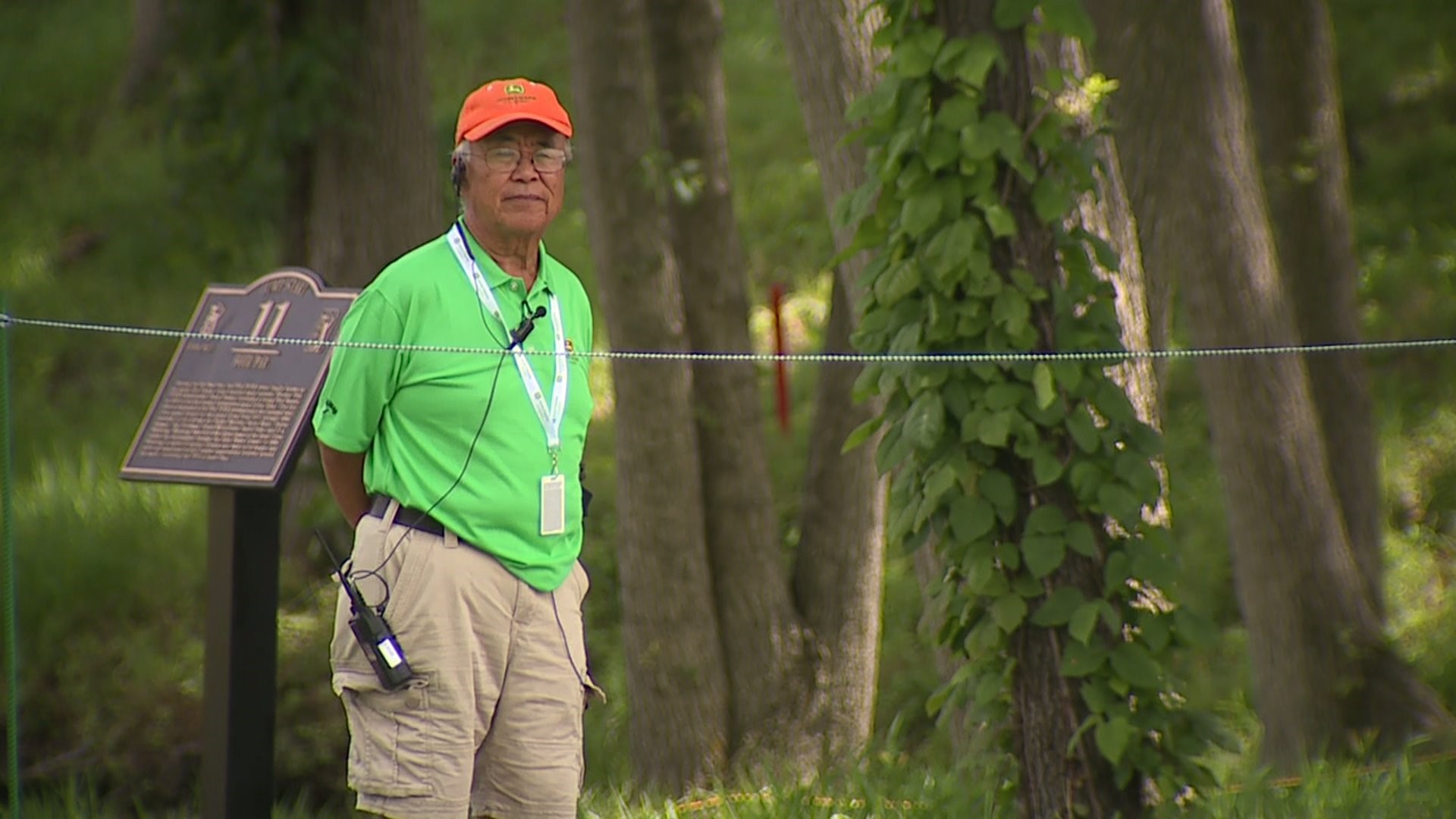 DEERE RUN-- At Deere Run spectators flock to certain spots. Hole 18 is the finishing hole, and Hole 16 is known for its spectacular Rock River views. But Hole 11 has a different type of appeal. For some volunteers, it's the only spot they want to be.

Hole 11, Deere Run, Silvis, Illinois; it takes more than a dozen volunteers to man this par four on the back nine.

"As marshals our job is to control the crowd and to help the players. That's why we're here," says Hole 11 Marshal Captain Bob Akaki.

But manning the hole isn't the only reason he's here.

When he's here, his address might as well be Hole 11. That's because the marshals working with him on the hole are just as close as family.

Every few hours, he walks the entire hole making sure every member of his John Deere Classic family is hydrated, making sure each one knows he appreciates them.

"Every year it's "Hey how ya doin'?" He knows me, I know him. He goes to all these other tournaments," says longtime Hole 11 volunteer Larry Forbes.

For as close as this family is, you might be surprised to find out this isn't Bob's only golf home. Bob has seven homes, seven different tournaments he volunteers at every single year. While most of his tournament spots are in the Midwest, he travels coast to coast, watching golf, spreading his love of giving back.

"The best feedback I can get is to see you back on the volunteer bus, on this hole, another hole but somewhere here," says Akaki.

His mission is working.

"We went to a couple different holes. And when we got here with Bob, we don't go any place else. Every year we're going to Hole 11 with Bob," says Forbes.

"He is the spirit of the volunteer golf," says Forbes.

After the Classic, he's heading to Omaha to volunteer at the Pinnacle Bank Championship.