Mike Chillemi's always wanted to be able to say he has a ton of money, and now he can. 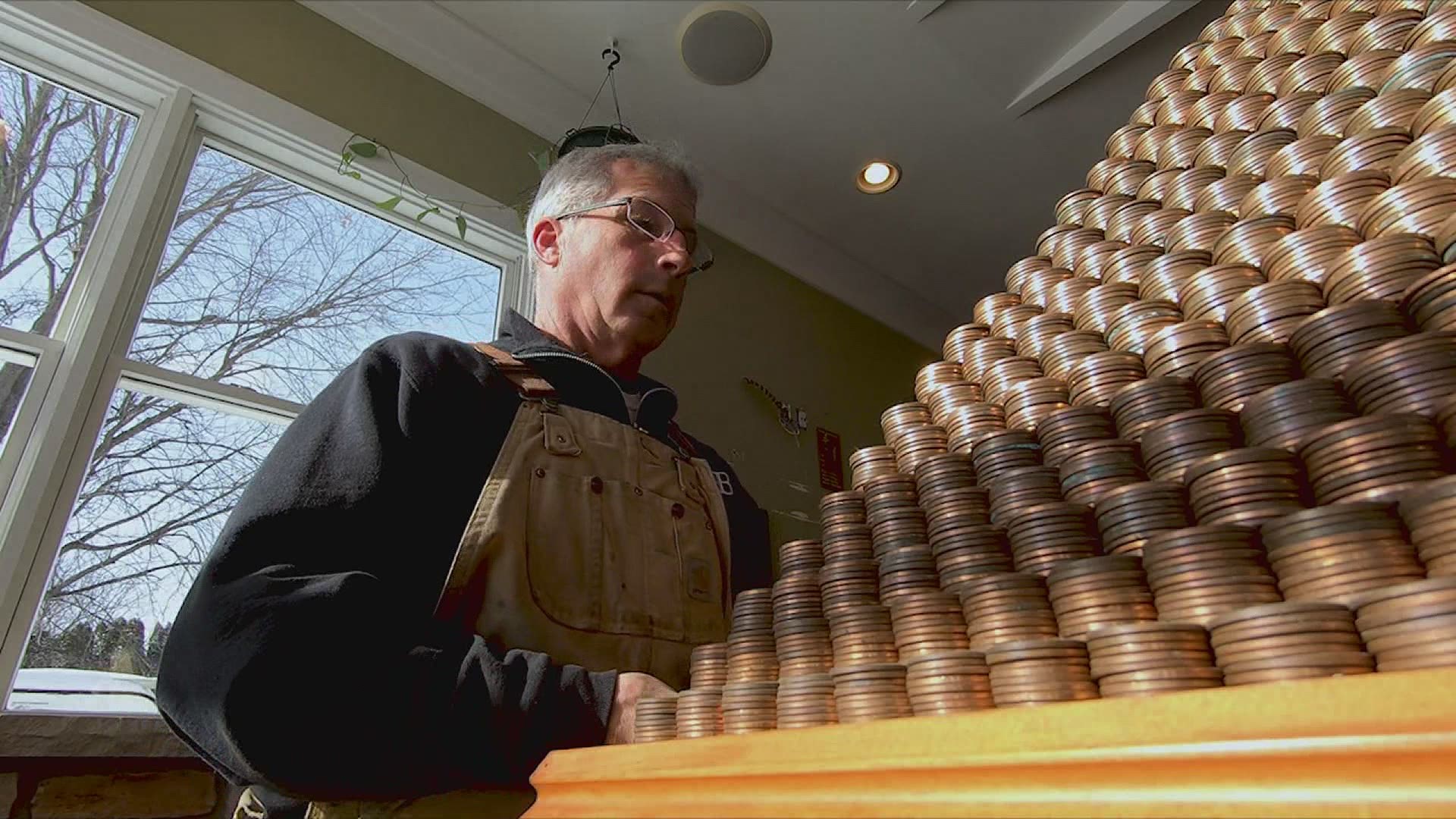 TAYLOR RIDGE, Illinois — Mike Chillemi has always wanted to be able to say he has a ton of money, and now he can.

When he says he's built his wealth from the bottom to the top, Mike actually means it.

"The bottom layer is 40 stacks wide by 40 stacks deep. Each stack is ten cents or ten pennies which makes it 650-dollars for the first layer," explains Mike.

He's a numbers guy with a knack for stack, who can now proudly proclaim this:

He does have a ton of money in the form of a copper penny pyramid that when it's complete will weigh close to 2,000 pounds, a literal ton.

It's construction a dozen years in the making that started with neighbors around his kitchen table.

"It's fun especially when other people help build it, which hasn’t been the case lately. But back down here, there were six or seven kids helping."

Each pyramid penny stack comes with an added bonus, a memory.

"I hear people talking about it and say oh yeah, my kids donated to it, or my kids worked on it," says Mike.

"There's a corner over there where a friend of mine from Rock Island donated a bag of pennies. He's on the 21st layer of the south east corner, and he's darn proud of it."

It's a ton of money built by people who mean the most.

"Dad would always sit down and look at it but didn't want to touch it. He would say, oh, you got it going. Mom would want to get right in there and do whatever she could for it. The bottom five layers are mom's all brand new pennies that were at one point all shiny. She passed about two years ago, and dad a year before that," remembers Mike.

Those past thoughts preserved in this pyramid keep this builder going. And with 25,000 more pennies that need placing, to Mike, that means more memories in the making.

"Really it's in my house, but it's really the community's," says Mike.

From the bottom to the top, you can't put a price on that.

When Mike is done, the ton of money will be worth 2,214 dollars. Mike wants to donate that money to the community that he says helped him build it.