The center is finally able to host shows without social distancing, capacity limits, or mask requirements, after first closing back in March, 2020. 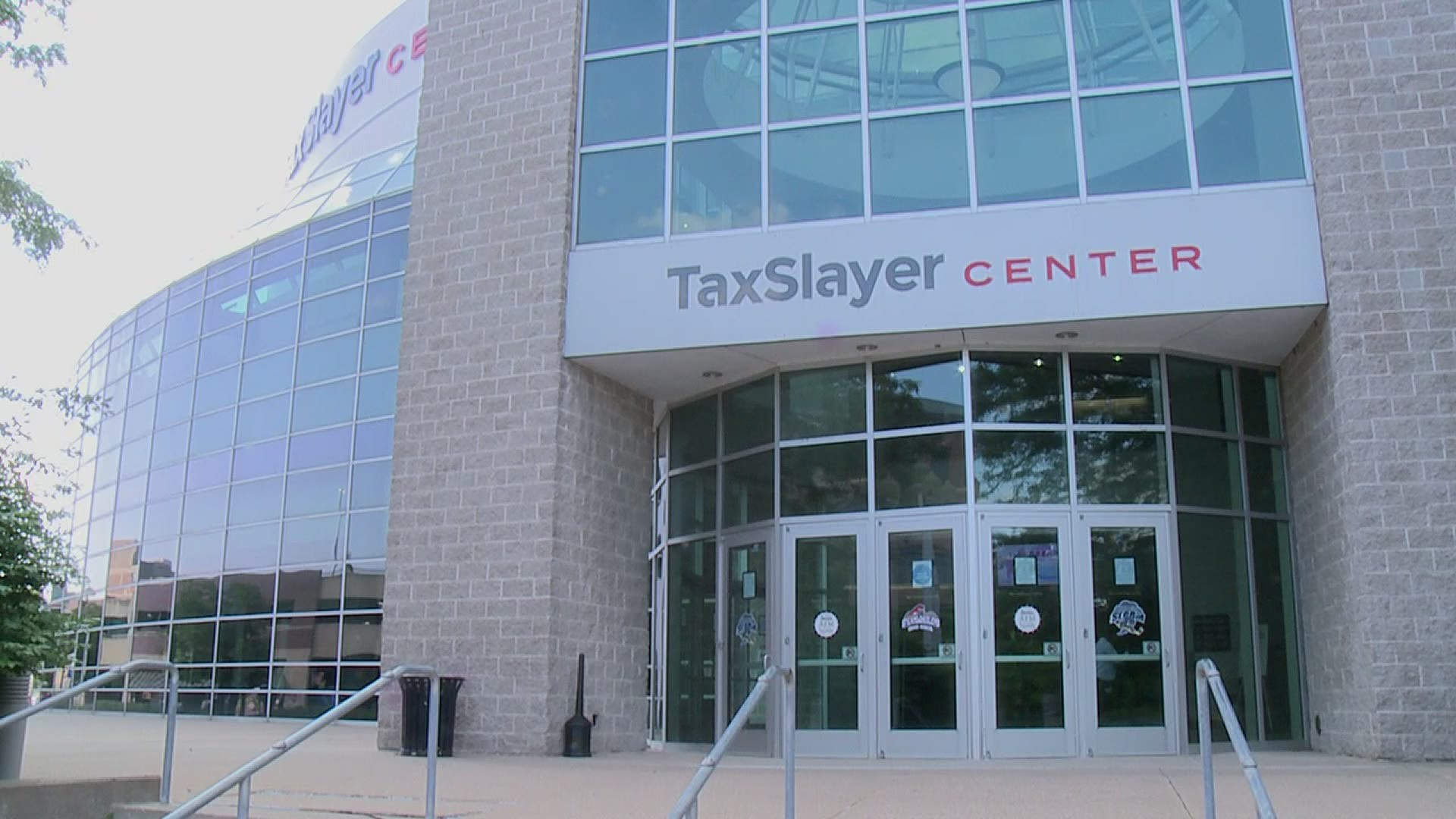 MOLINE, Ill. — For the first time in 15 months, the TaxSlayer Center in Moline reopened without COVID-19 restrictions. The arena is now able to host shows without social distancing, mask requirements, or capacity limits.

The center first shut down, due to the pandemic, back in March of 2020. Since then they've slowly started to host limited events, such as the Missouri Valley Conference NCAA Basketball Tournament and several local graduations, but nothing like "normal."

"Now we can actually go back to business as usual," said Scott Mullen, Executive Director of the TaxSlayer Center.

The TaxSlayer will welcome their first show back on Friday, July 9, with guests Dokken, Firehouse, and Jack Russell's Great White.

During their time off of hosting shows, the center decided to conduct $2 million in renovations, with Mullen saying he was actually 'busier than ever' in the past 15 months.

RELATED: A sinkhole on Locust Street has stopped traffic and some water service

"It's great to be able to open up with a facelift," he said. "Right around $2 million total. I think just under a million - maybe $700,000 to $800,000 for COVID-related improvements so that we're making the building safer and trying to reduce congestion, gathering on the concourses, and making it touchless wherever possible."

There will also be plenty of new policies in place for when guests enter the doors once again. There will be a no-bag rule; contactless ordering for food and beverages; and cashless concession stands.

"We always have a rolling capital improvement list," said Mullen. "This year it just so happened some of the projects were bigger and it needed more time anyway, so it worked out." He joked that they were in a rush to fit everything in before Thursday night's reopening party, saying there were painters at the center finishing up until just a few hours before the festivities.

But not quite everything is ready to go at the TaxSlayer. Mullen says they are dealing with staffing concerns, especially with the concession stands.

"It's a combination of excitement and panic," he said. The arena staffs about 500 employees and he said officials still aren't sure how many will be returning for the slate of shows this fall.

However, one familiar face will certainly be there.

Head Usher Charles Cervantes has been working at the TaxSlayer since it opened in 1993. When asked about the reopening, he described it as a 'long time coming.'

"Meeting different people from all walks of life, that's always been the best part of this job. I can't wait to see that once again," said Cervantes. "I can't wait till that first big, big show. My last show I worked was February 28 of 2020, so it's been a long time coming now."

And it isn't just the arena that's excited for the shows and concerts and fans to return.

"We're the economic engine for the entire community - especially Moline. And when we're busy, they're busy," said Mullen. "It's nice to be able to be open again. That's one of the reasons we wanted to get open as soon as we could, once we heard that we could go back to full capacity without restrictions, is just for the community to get it going."

A few blocks away from the TaxSlayer, Bierstube Moline sat mostly empty on the Thursday night of the reopening. Bartender Priscilla Blake said she can't wait for the events to restart.

"It's exciting. We're gonna be back! Everyone's gonna be down here," said Blake. "We just started opening again on Tuesdays and Wednesdays within this month. I can't wait for [concerts] to bring great business. Everyone back open, everyone interacting and just being around. It's gonna be fun, it's exciting. I'm ready for it."