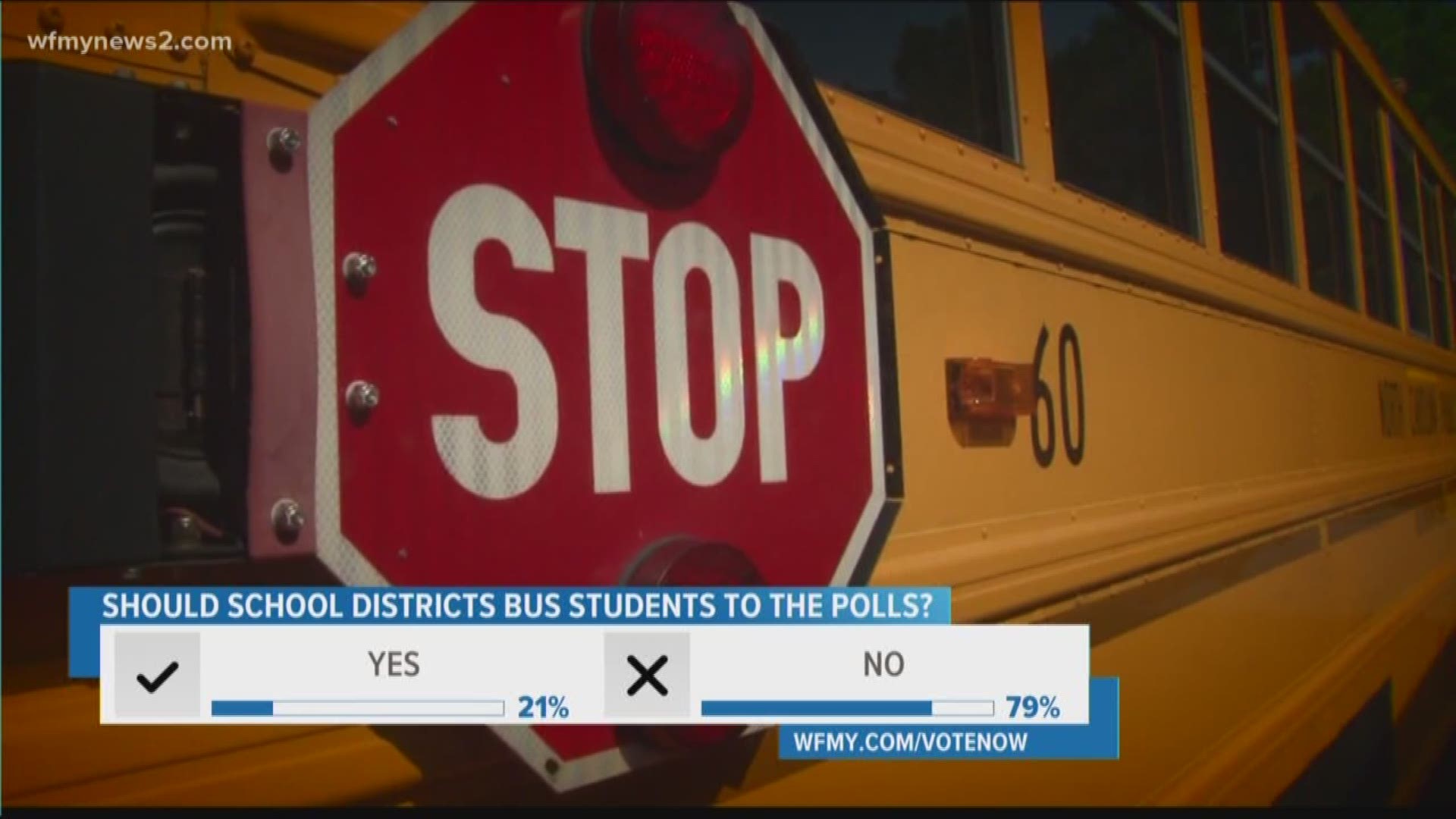 GREENSBORO, N.C. — It's a rite of passage for many of us--the first time you head to the polls to cast your ballot.

Guilford County Schools started a program to bring students to the voting booth but some parents say they're concerned with how fast it was put together.

This is the first year voting-age students in Guilford County's high schools have the opportunity to vote during school hours with parent permission like any other field trip.

The school system says more than half of students who can vote in the district are registered. Erica Funderburk is one of them.

"I remember freshman year we got to learn about [voting] in Civics," said Funderburk, "So to be able to be in our senior year and be able to implement the things we learned freshman year is really good."

Sign up for our daily newsletter Let's Get 2 It!

"There’s an underlying belief that maybe they’re telling them who they should be voting for but it says an awful lot about where we are politically that a program like this which is designed to encourage civic participation is divisive, that really is sad and a little bit scary," said Little.

Guilford County Schools said the program is all about encouraging voting and civic responsibility.

The program will continue through the end of this week and the school district is partnering with a non-partisan, non-profit organization called You Can Vote to register eligible students.

RELATED: Four 2 Five: You really should care about the political process

RELATED: Democrats prepare to unload on Sanders for big debate

RELATED: Reminder: No selfies in the voting booth!

The new WFMY News 2 phone and tablet app has a modern look and feel—download now.