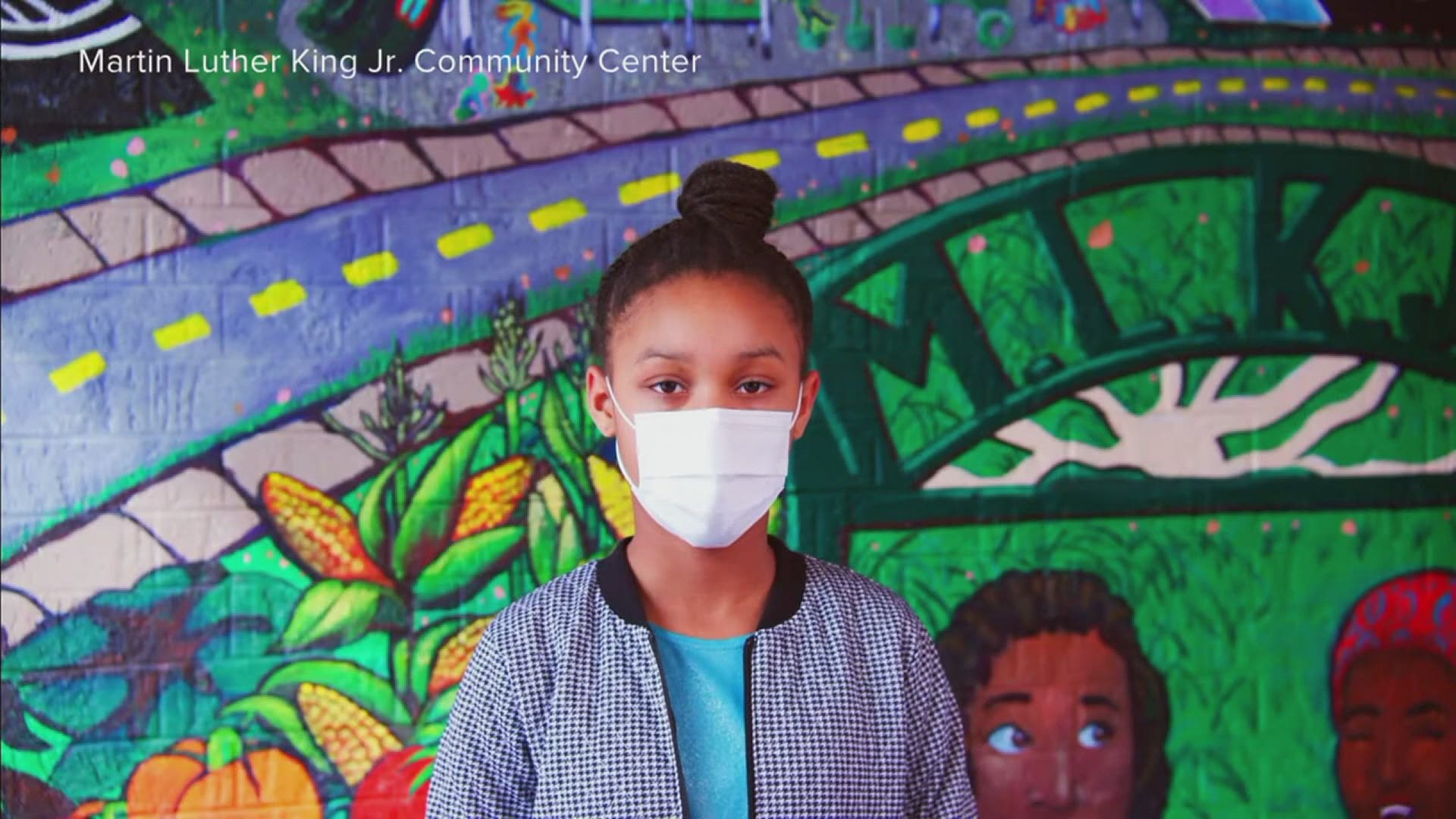 ROCK ISLAND, Ill. — Some people just have a way with words. Kyla Nephew is one of those people.

It started with an assignment given in class by Nephew's teacher.

"She said it can be anything, it just has to have Martin Luther King’s words," Nephew said.

After working on the poem that evening, Nephew turned in the assignment the next day. Then, she entered it into a competition at the Martin Luther King Jr. Community Center in Rock Island, as part of the "Youth Expression Awards."

"Everybody needs to understand that not everybody’s gonna look the same on the outside but it just depends what you look like on the inside," Nephew said.

You can listen to Nephew recite the poem in the video below, which is the virtual ceremony held on Martin Luther King Jr. Day. Her poem begins at the 11:22 mark.

"The way she not only writes but the way she speaks it, is truly from the soul and that was her expression, and I’m so thankful, so glad we, that she was chosen to win the youth expression contest this year," said Kristia LeShoure, the facilities supervisor at the Martin Luther King Jr. Community Center.

LeShoure was part of the community-based committee that chose Nephew as the winner of the "Youth Expression Award" in 2021.

LeShoure said usually three students are selected in a given year: one each from elementary, middle and high school levels. But due to the pandemic and fewer applicants, Nephew was the only winner selected.

LeShoure presented this official plaque to Nephew on Friday, January 22.

Credit: WQAD/Josh Lamberty
This is the plaque presented to Kyla Nephew on Friday, January 22, 2021, after she won the "Youth Expression Award" given by the Martin Luther King Jr. Community Center in Rock Island, Ill.

Nephew said she watched the presidential inauguration ceremony and speeches at home on January 20.

"It made me feel good to see that a girl at the inauguration also said a poem," Nephew said. "And when I actually listen to it, it was very meaningful."

Then, Nephew set her sights on a goal.

"If I try hard enough, I feel like one day that can be me up there," Nephew said.

Some people know just what to say.

"I can't imagine what it's going to look like between now and 20-25 years from now with someone like Kyla in the world," LeShoure said.

This is the 38th year the Martin Luther King Jr. Community Center has given out the "Youth Expression Award," according to LeShoure.