Steel Plow Burger Company is opening a second location in the Quad Cities. 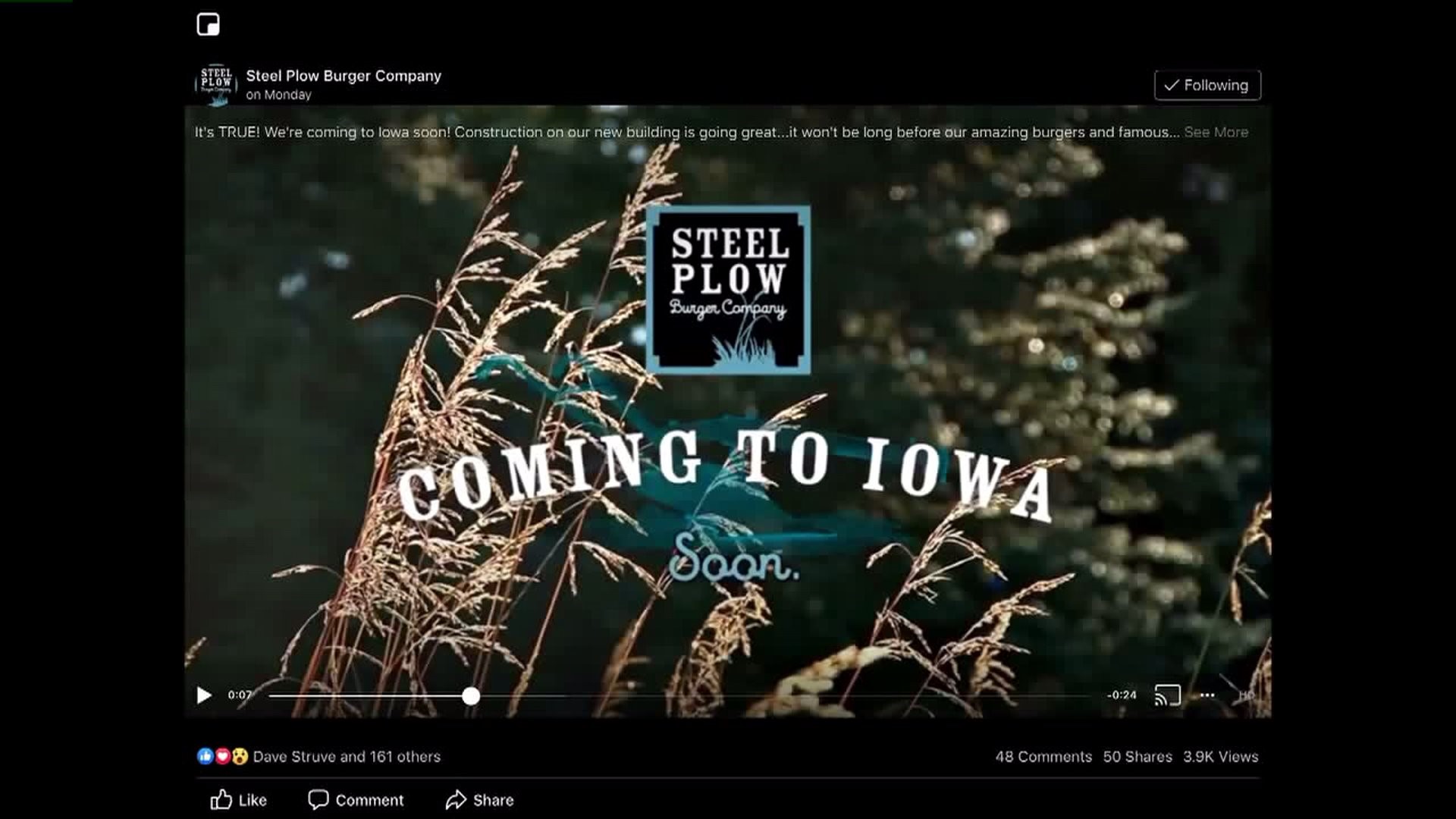 The restaurant opened in Moline in September of 2016. Nearly three years later, on July 15, 2019, the restaurant owners announced their second spot in Davenport.  The announcement was made in a video posted to the restaurant's Facebook page.