State Representative Ras Smith announced he is running for Governor. 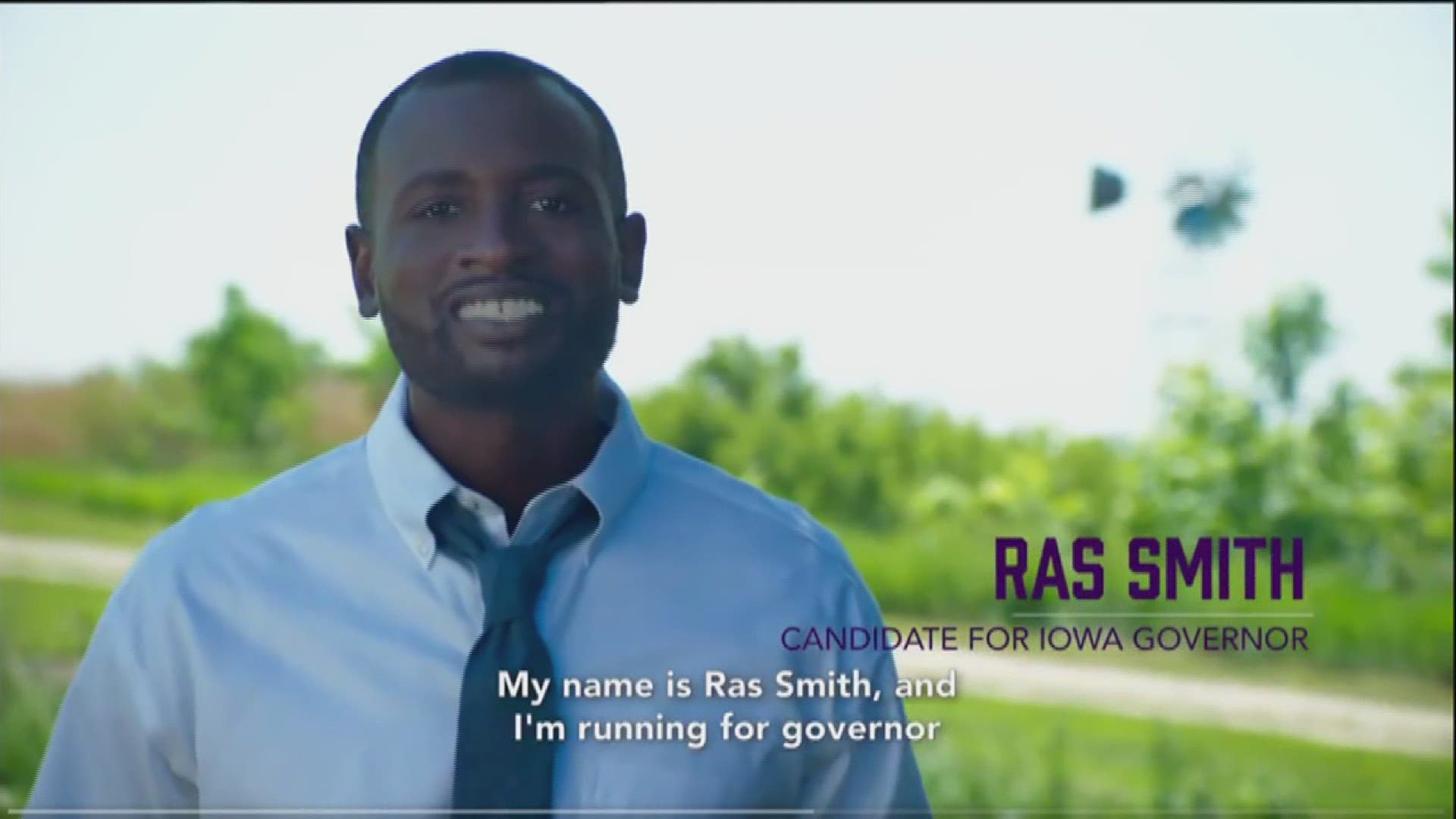 IOWA, USA — Democrat Ras Smith announced Tuesday morning he will be running for Governor of Iowa.

The announcement was posted to his Twitter page along with a video describing who he is and why he wants the position.

In his announcement, Smith used the slogan "Iowa's greatest days are ahead of us."

He is the first Democrat to announce he is running against Gov. Kim Reynolds.

My name is Ras Smith and I am running for Governor because I believe that Iowa’s greatest days are ahead of us. (1/7) pic.twitter.com/lWpjjPISIM