In addition to the required state inspection, the Iowa State Fair will have a private inspector to ensure safety protocols are followed. 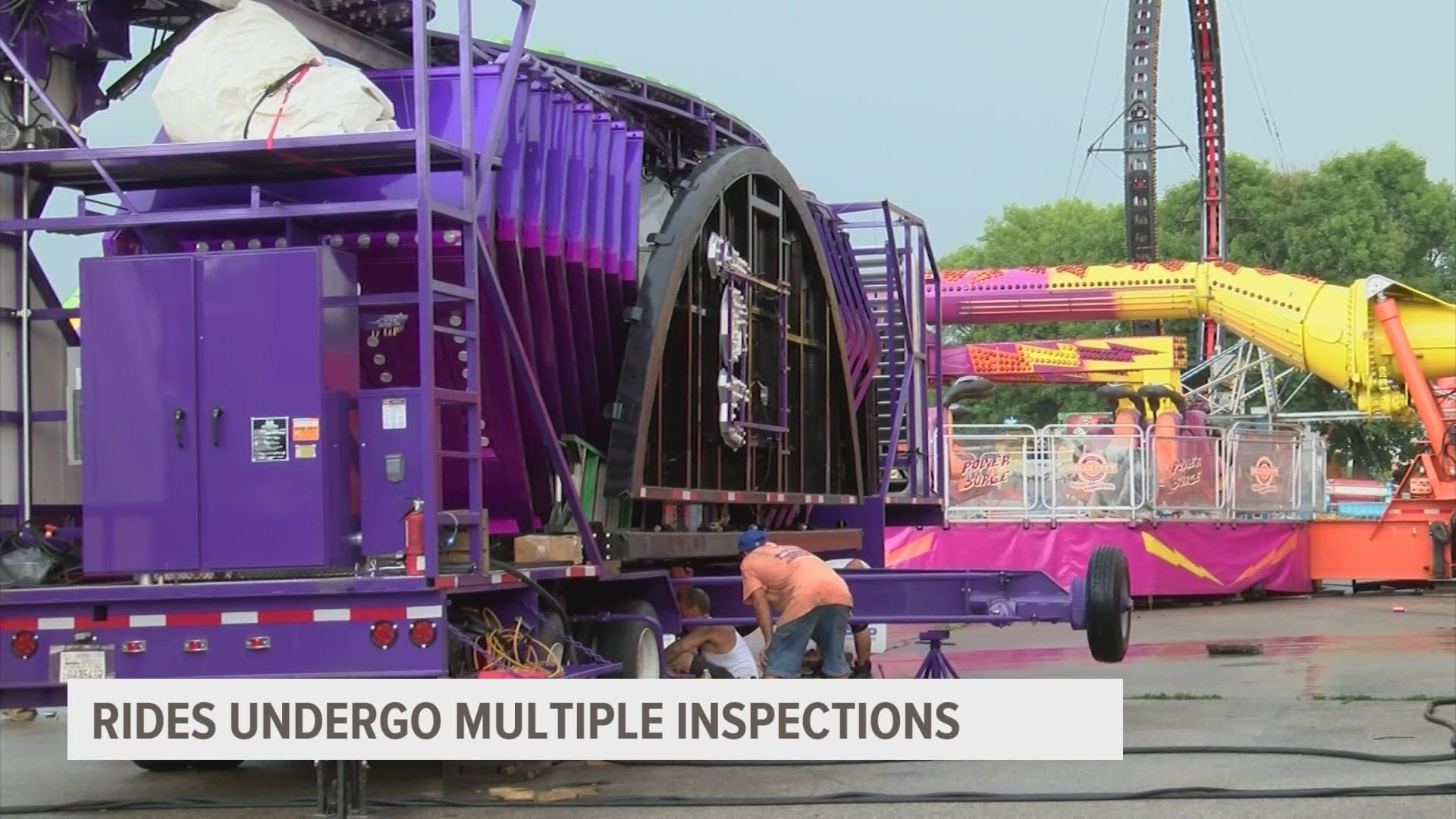 DES MOINES, Iowa — In about a month, Iowans will head to the Iowa State Fair, and for many, that means enjoying the rides.

But after the tragic accident on a ride at Adventureland that left one boy dead, some may be wondering, how safe are the rides at the fair?

Fair organizers say that they have a rigorous ride safety program that includes inspections for the state and oversight from a private inspector.

According to Iowa State Fair CEO Gary Slater, the fair work with various companies that each brings in one or two of the rides.

"Every ride has a manufacturer's manual, and they have their, their different things that they have to do to make sure that the ride is ready," Slater said.

Then, the state comes in with a mandatory inspection similar to what happens at fixed amusement parks every year.

Slater calls that "the first line of defense that as these mobile amusement rides come in here and start setting up those right inspectors are on-site looking at, at every bolt and every nut and every linchpin as the ride goes up."

The ticket to safety, organizers say, is going the extra step. The fair hires a private consultant to oversee not only how the ride is installed but to ensure everything stays on track by checking "how they're operating, how the operators are putting people on and making sure their safety harnesses and things are being applied or snapped in place as they're supposed to be," Slater said.

While rides at permanent amusement parks are often only inspected by the state once a year, temporary rides, like the ones you would ride at the fair, have to be inspected every time they go up.

"They're probably inspected five to 10 times a year," Slater said.

RELATED: Teen on life support after deadly Adventureland accident that killed his brother