Before opening the curtain in the United Township auditorium, students like Kate Rohman are getting ready to put on their show. 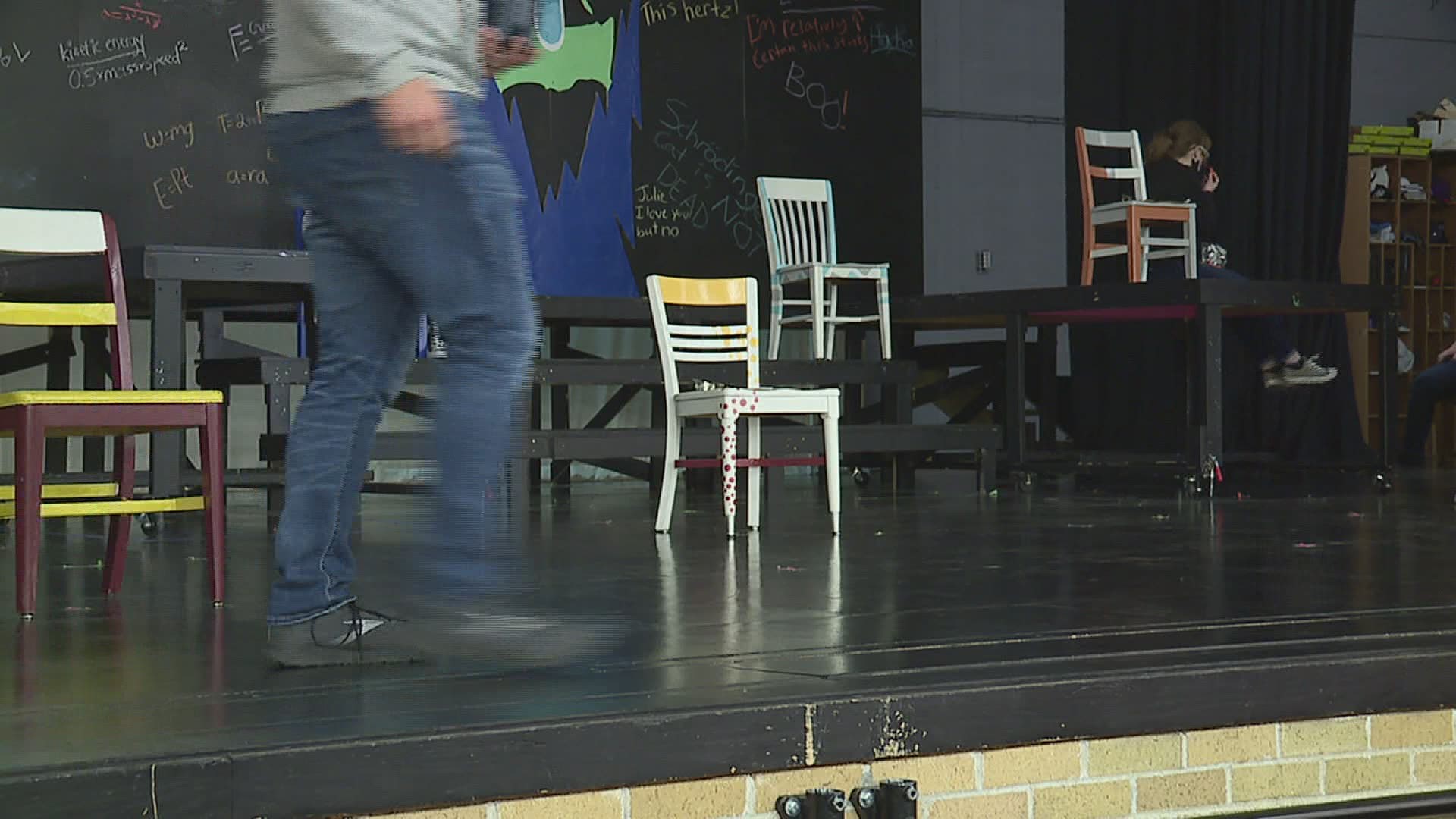 EAST MOLINE, Ill. — After cancelling last year's musical because of the COVID-19 pandemic, United Township students are taking the stage again, with some added precautions.

Before opening the curtain in the United Township auditorium, students like Kate Rohman are getting ready to put on their show.

"Figuring out a way to still make it entertaining while keeping it distanced and safe has been a challenge, but we have been really creative with it and it ended up coming out a lot better than I thought it would," Rohman said.

The 2021 spring musical, titled, "The Theory of Relativity," is the first musical the students have performed in more than one year.

Because of COVID-19 guidelines, the show looks different for both the cast and audience. Each student wears a clear mask, and is spaced six feet apart from the next student on stage.

Each student also was responsible for designing the chair where they sit on stage.

"I’ve been really pleased with how creative we’ve been able to get so we can make it the best that it possibly can be," Rohman said.

The seats inside the auditorium are empty for the performances, too. Student performers were allowed two tickets for family members or guests on opening night on Wednesday, but the other shows will not have a live audience.

Instead, the show's director is recording each performance. The shows are then able to be streamed online.

"We aren’t charging a ticket price, because we just want people to see this," said show director and UTHS English teacher Anthony Greer.

So when the curtains open for showtime, performers like Joe Ross are getting one more chance on stage.

"It’s my senior year," said Ross. "This is my last musical."

It's a chance to prove these actors can adapt, and also prove the show can go on.

"It’s something normal," Ross said. "Even in this year of crazy."

The school has two more performances scheduled to be streamed online through May 2nd. The first is on Saturday at 7 p.m. and the second is on Sunday at 2 p.m. You can find the shows and stream them using this website.