Jordan Spieth has decided to skip the John Deere Classic to prepare for the British Open. 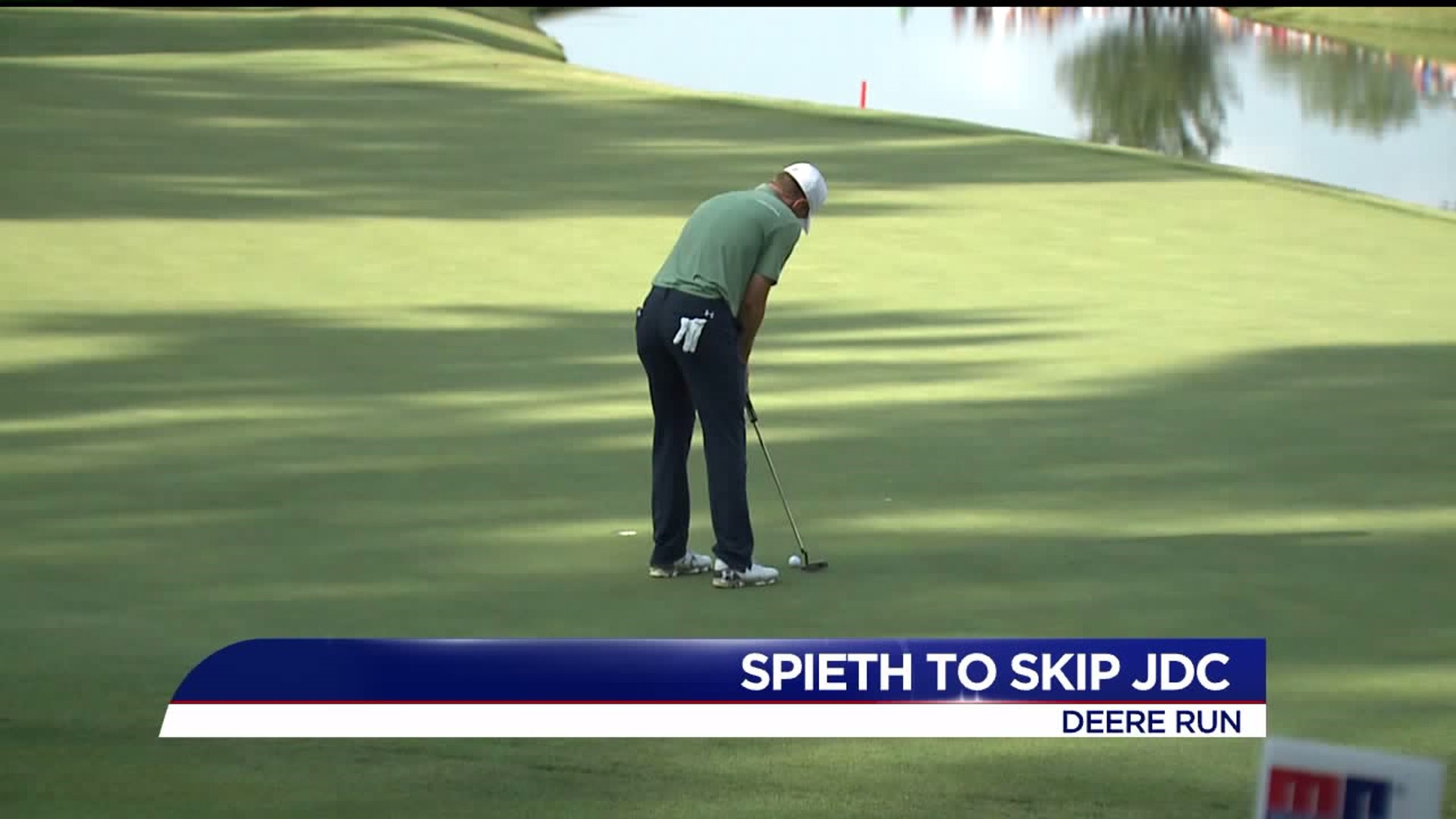 SILVIS, Ill. (AP) — Jordan Spieth has decided to skip the John Deere Classic to prepare for the British Open.

Spieth is a two-time winner of the tournament. He won the John Deere Classic in 2013 on a sponsor's exemption, which sent him to the FedEx Cup playoffs and a spot on the Presidents Cup team at age 19. He won again in 2015, even though it meant not getting to the British Open until Monday when he was going after the third leg of the Grand Slam.

He did not defend his title at the TPC Deere Run last year. The tournament was the same week as the Olympics, and when Spieth joined other top stars in not going to Rio de Janeiro, he felt it would be disrespectful to play anywhere else that week.

The John Deere Classic is July 13-16. The British Open at Royal Birkdale is the following week.

"I love the tournament, I love the golf course and, more importantly, I love the people," Spieth said. "While my schedule doesn't permit me returning to the Quad Cities this year, I plan to be back in the future."

Spieth has two victories this year, most recently the Travelers Championship, which he added to his schedule as part of a new PGA Tour policy that players add one tournament they haven't played in the last four years.